Davenport woman arrested for shooting and killing mother of 5 in Chuck E. Cheese 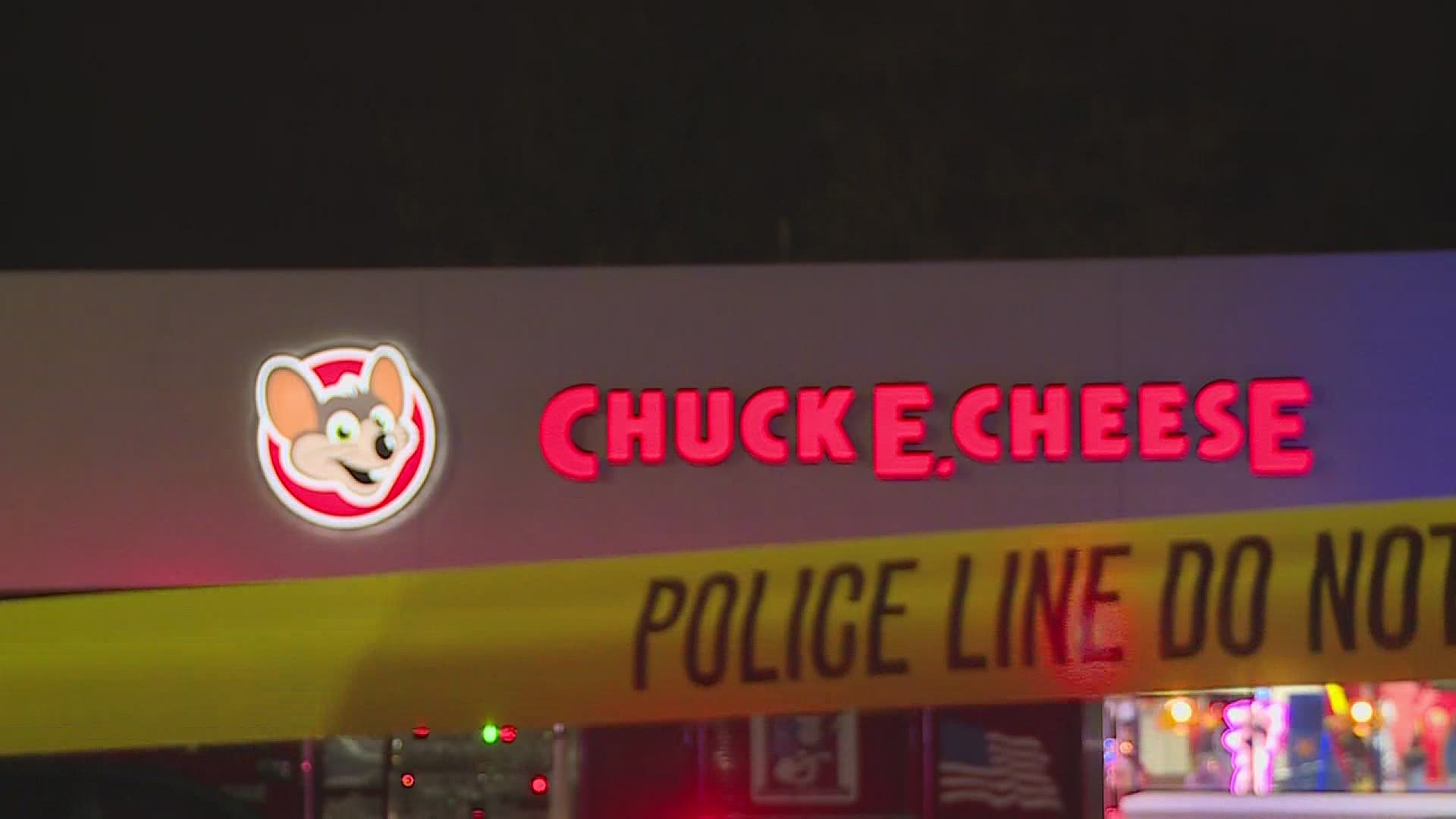 DAVENPORT, Iowa — 24 year old Treshonda M. Pollion of Davenport is currently being held at Scott County Jail without bond, and faces charges of 1st Degree Murder after the fatal shooting of a young mother on Sunday evening.

Police were called to Chuck E. Cheese at 7:38pm on Sunday, after reports of shots fired. When they arrived, they found 29 year old Eloise Chairs shot and unresponsive.

She received medical attention at the scene, and was rushed to Genesis East, but later died at the hospital.

Shortly after 5am on Monday, Pollion was brought into custody in Rock Island County, before waiving her extradition and being transferred to the Scott County Jail around 2pm. So far, she has been denied bond.

Family of Chairs told News 8 that she was a loving mother of 5 children, including a 4 week old baby girl - one she was especially excited for, friends say, as her other children were all boys.

"Eloise always put her children first," said Christena Chairs, one of her sisters. "Eloise was shot in front of her children, blood covering them all."

The family said around 7:15pm, Chairs got into an argument with another mother at Chuck E. Cheese after her son's game card was taken by another child. That's when the other mother's friend took out a gun and shot Eloise in the shoulder, reports the family. They say it hit a major artery, causing her to bleed out and die at 8:16pm.

Chairs' family all came down from Chicago when the heard the news. They're currently waiting for the investigation to wrap up, so they can bring their daughter and sister back home. They say she was originally from Chicago as well, but moved to Rock Island to be with her children.

Another one of her sisters, Joy, said she had a kind heart and a pure soul.

"She always wanted to help, even when she needed help of her own. She loved children, especially her own nieces and nephews," she said.

Another friend of Chairs' agreed. Garrolyn Vah told News 8 when she met Chairs, they instantly clicked. She described Chairs as an amazing person, hardworking mother, and an incredible friend.

"She was very charismatic, smart, funny and very caring to the people around her," she said. "How can someone be so cruel to the babies - especially the newborn?"

Throughout the night, kids and parents were seen talking with police and rushing out of the Chuck E. Cheese.

"What about the kids. That's immediately the thought," said John DeTaeye. "The kids that were here for whatever reasons. Those sounds of gun shots will live on with those kids for the rest of their lives, and every time they pass this place they're gonna think of how awful that was."

DeTaeye is a member of the local group, "Davenport Bearing Witness." On Monday morning, they met outside of the Chuck E. Cheese to pray together for the family, the children and bystanders present that night and all victims of gun violence.

"None of us knew anyone involved," he said. "But as a member of this community, we feel called to step up and reach out and put our arms around everyone around this shooting last night."

The group was inspired to form after a July 30th shooting took place near several children at a lemonade stand on 13th and Gaines. DeTaeye told News 8 they always meet up to pray after a shooting takes place in the area, and say. "A lot of us can't accept that gun violence is becoming such a norm in Davenport right now."

The group has also been meeting with the Davenport Police Department, to figure out how to become more effective.

"We believe prayer is a very effective tool, but we want to put legs to those prayers as well," said DeTaeye.

Rob Leveridge, another group member, agreed, saying his kids have gone to that Chuck E. Cheese several times over the years.

"These things have effects that stay with us," he said.

For now, the Davenport Chuck E. Cheese is temporarily closed.

If you would like to donate to the family of Eloise Chairs, to help pay for funeral costs, and the cost of transporting her back to Chicago, they've said they are accepting assistance at: