Controlled burning in Rock Island is saving the city around $25,000 a year

The city is burning its naturalized lands - where native grasses grow - and says the switch from mowing has had several environmental and economic benefits. 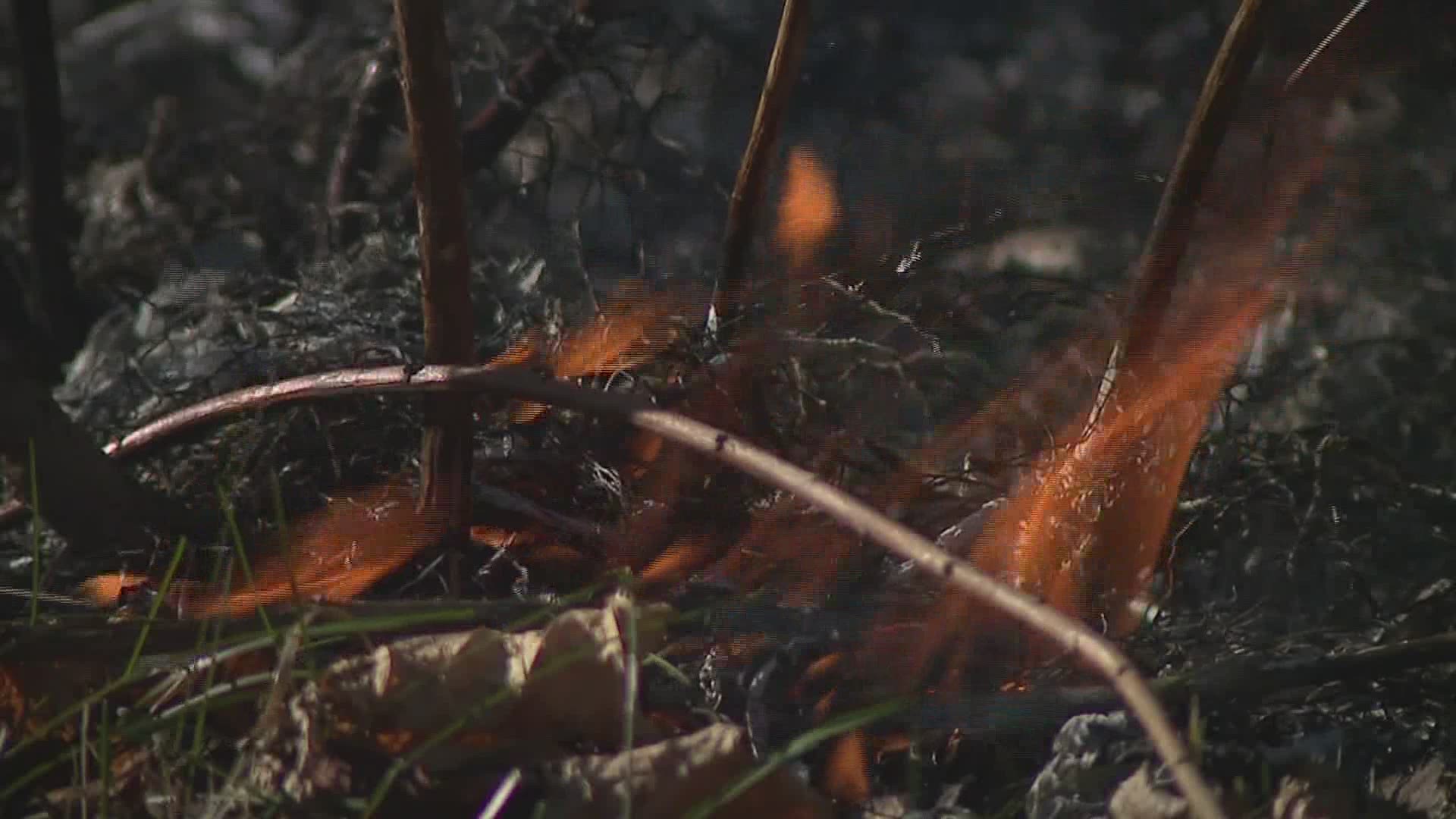 ROCK ISLAND, Ill — The city of Rock Island is using controlled burns to maintain their naturalized lands, where native grasses grow. And after a tough financial year for the city, officials say it helps both economically and environmentally.

Rock Island recently passed its 2021 city budget, which did not include a proposed 6.25% increase to property taxes. That means the city needs to fill in the shortfalls elsewhere, such as department cuts and hiring freezes.

The Parks & Recreation department says they're doing all they can, including replacing mowing with controlled burning in their 20+ acres of naturalized land. Those lands include areas of Lincoln and Longview parks, as well as some golf courses, Sylvan Slough, and more.

"It's just been a lot of planning and we finally got the right things to come together," said Marc DeMarlie, Chief Horticulturist for Rock Island. "One reason we burn is we're trying to establish our native areas. And burning is one of the tools we use to have those native areas flourish. It promotes the growth of the native plants that we want, it kind of keeps the weed stuff down that we don't want."

The burns also help put carbon back into the soil, and can clear a large swath of land in just a few minutes, as opposed to the hours of raking that a naturalized area would otherwise warrant. DeMarlie went on to explain that the burns help with storm water runoff, brings back pollinators such as butterflies and bees, and promotes education with classes from elementary schools all the way up to Augustana able to learn about the science and benefits behind naturalized areas.

It also helps with safety when it comes to many of the city's steep hills, such as those at Lincoln Park. In the past three years, Rock Island has had three mowers tip over on the hills, causing damage to equipment already designed for steep inclines. The city says while no one has been hurt yet, they're worried it's only a matter of time before an employee or a bystander is injured.

As for money, the city is saving between $20,000 and $25,000 a year with the burns, by cutting out the fuel and manpower that mowing demands.

RELATED: Snowstar ski park in Andalusia opens for the season

"Longview park and Lincoln park, [for] example, those areas that we have, there are at least 6 to 7 man hours of mowing each week that we're cutting out. So if you take that over the whole season, as the wages go up, as hands that help go down, that's a big difference," said DeMarlie.

"This is an opportunity to reduce our expenditures in the park, but add something as well. Educational, environmental partnerships," said John Gripp, Director of the Rock Island Parks & Recreation Department.

He said that the burns are working out well for the city, and that if it ever becomes less efficient than mowing, it wouldn't be hard to simply switch back.

"The savings are huge for our department," said Gripp. "This is an opportunity to reduce our expenditures in the park, but add something as well. Educational, environmental partnerships. So we view this as a positive, rather than a negative."