"We work really hard with the community to find animals that are stray, abandoned, dumped on the side of the road, tossed out of a car." 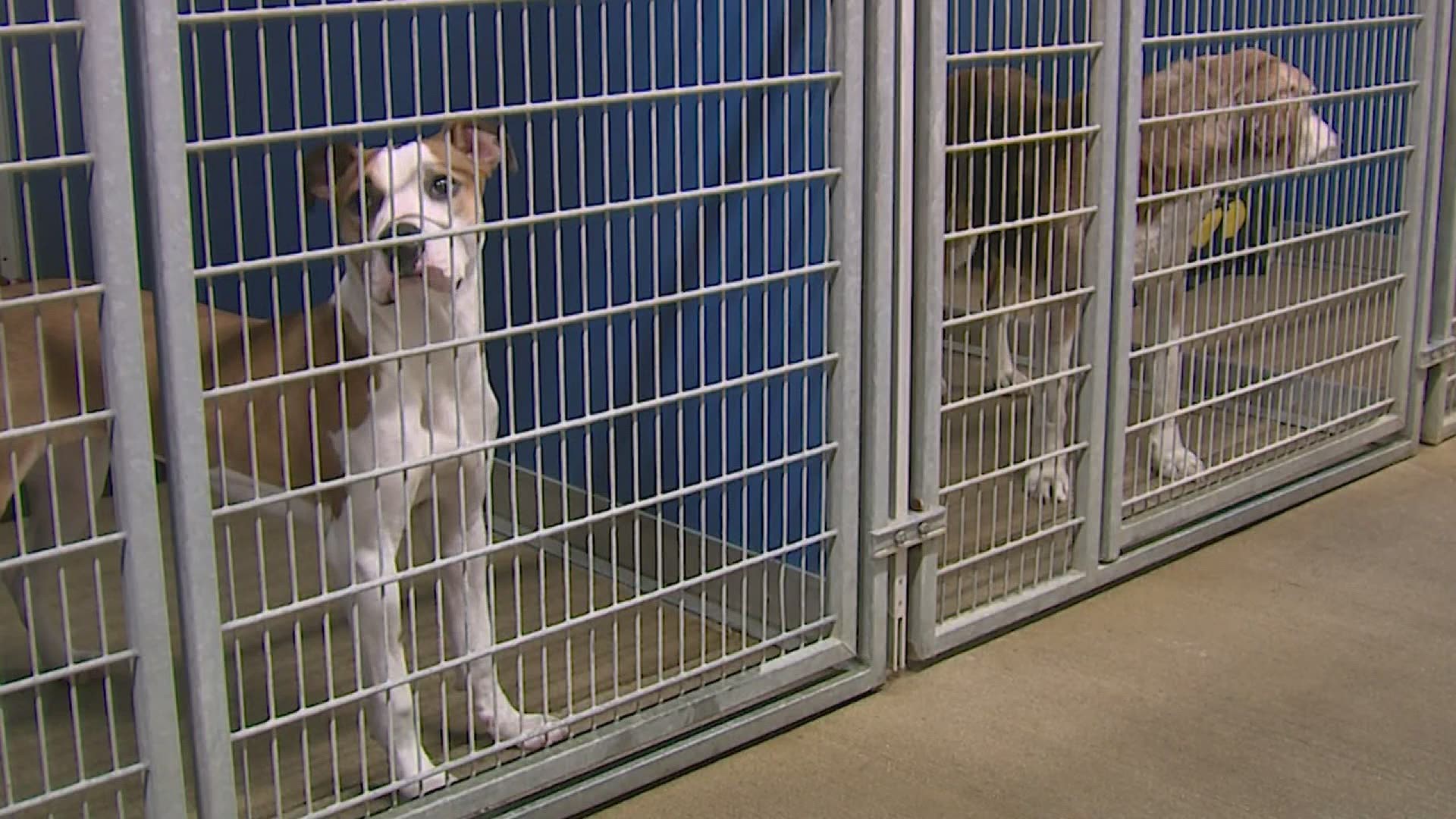 ROCK FALLS, Ill. — A new bill in Illinois could soon ban pet stores from the sale of dogs coming from puppy mills. Instead stores will have to get their dogs from shelters or humane societies. The bill sailed through both the state house and senate and now waits for Governor J.B. Pritzker’s signature.

Local humane societies like Happy Tails in Rock Falls, Illinois are excited about the new law. Director of Operations Donald Szyzyk says it could help to get pets they bring in adopted quicker.

All of their animals are rescues, Szyzyk saying, “We work really hard with the community to find animals that are stray, abandoned, dumped on the side of the road, tossed out of a car.”

The shelter currently has 15 dogs up for adoption. Szyzyk says that number often fluctuates. “We had five as of yesterday but we went to animal control and cleared them out.”

Szyzyk says there is such a thing as a reputable breeder. “In my eyes a puppy mill is actually something that has cages like this but half the size, sometimes even lower space. They don't provide enrichment, proper food and water, there’s feces stacked everywhere.”

The American Society for the Prevention of Cruelty to Animals defines puppy mill dogs as victims of a high-volume puppy industry, that are bred for profit and kept in tiny, filthy cages, whereas dog breeders typically provide larger cages, more freedom, and specialize in just one dog breed.

Szyzyk says the current partner of animal shelters in Illinois is Pet Smart. The shelters work with the pet stores to showcase their animals, and then the animals are adopted from there. “We are allowed to put animals in their building. We have to go in and clean them every day. We go in and do all their paperwork when they get adopted The animal is 100 percent in our care when it’s at their facility.”

When shelters close to the pet stores have high demand for animals, pets from Happy Tails are moved around to places like the Chicago land area, Rockford, and Dekalb for adoption. Szyzyk says it helps to get the pets adopted.

Now with shelter pets being one of the only options for the stores, he hopes it will increase the pets chances from Happy Tails. “In return will help our area because our partners in the cities will reach out to us and go oh my gosh we placed some puppies at the pet store now we need more can you help us out can we take some of yours.”

Szyzyk says he also hopes to see more collaboration between the pet stores and pet shelters. It’s somethings he’s seen a lot more of in his past 12 years in the industry, and something he hopes to see even more of with the addition of this bill.