A “Rosie the Riveter” takes flight at 99 years old

Trudy McCord is almost 100 years old and wants to make the most of – what she believes is – her last year of life. 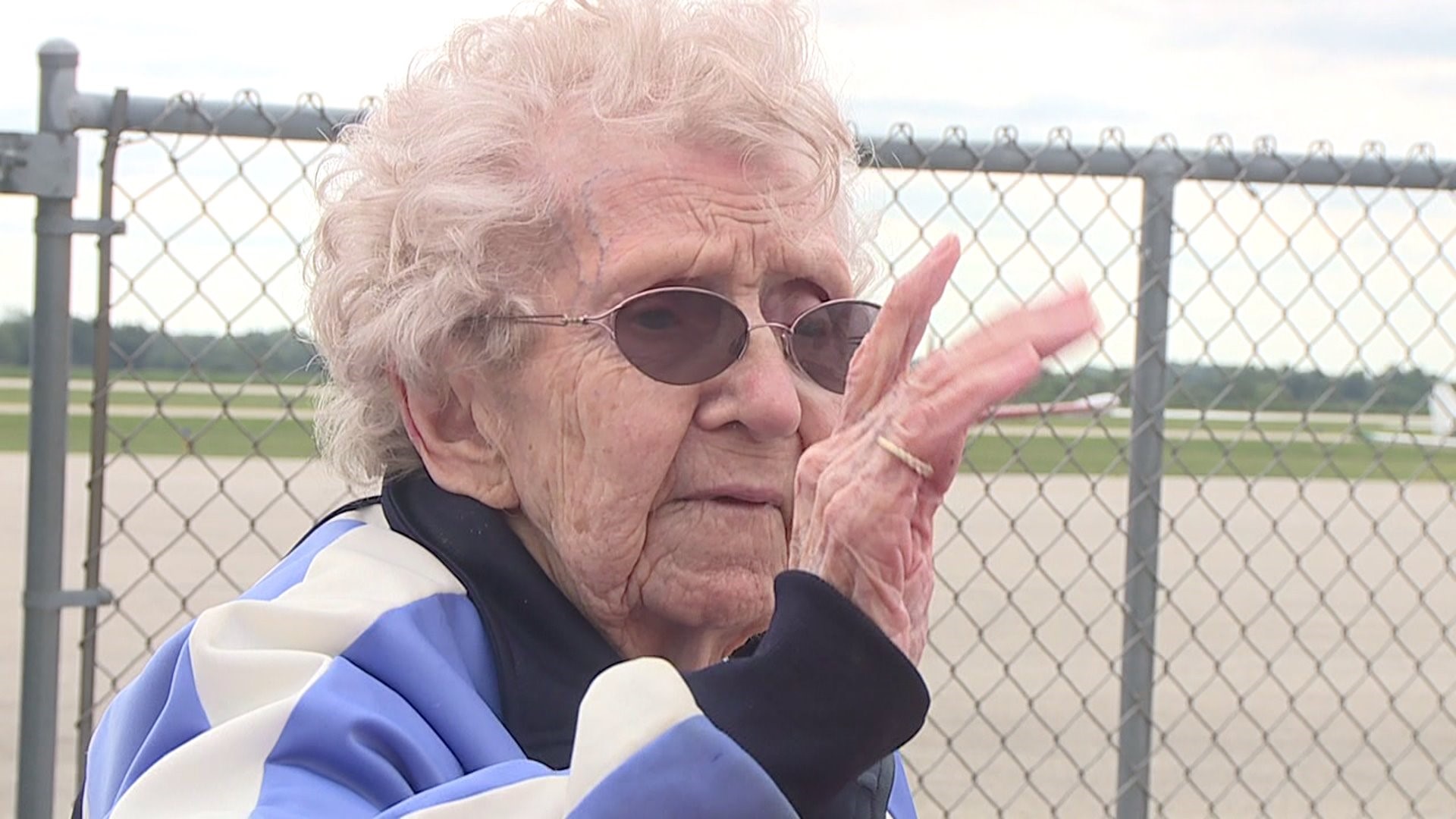 McCord is a spunky Galesburg resident who used to work as a “Rosie the Riveter” back during the war.

“She says she’s going to die when she’s 100,” says her daughter, Lorraine Dundon. “Then my daughters were like “Well, we got to make this the best year of your life.'"

When the men went off to World War Two, McCord stayed behind and assembled B-24 bomber planes in California.

But Friday, she got the front row seat to ride in a different kind of plane. She was one of the participants in the Stearman Fly-In at the Galesburg Airport.  It’s an annual event where veterans put on a leather cap, aviator glasses, and go for a tour over the skies of Galesburg.

“I asked her a couple weeks ago “are you scared?” and she was like “no, are you crazy? What for?”,” remembers Dundon.

“Trudy is a fireball, as you can see, she’s willing to do everything. She is one of my most independent at 99,” says Megan Brown, Seminary Estates Manager.

As McCord continues stepping forward and turns 100-years-old in March, she’s seen a lot in her life, but there’s always room for more.

“I think I’m going to climb the ladder up to heaven, as they say,” McCord laughs.

McCord is in excellent health, the only medication she takes is a multi-vitamin.