The I-74 detour has been “managable,” on the first day it took effect, IDOT says. Crews are working to optimize traffic flow as drivers will have to... 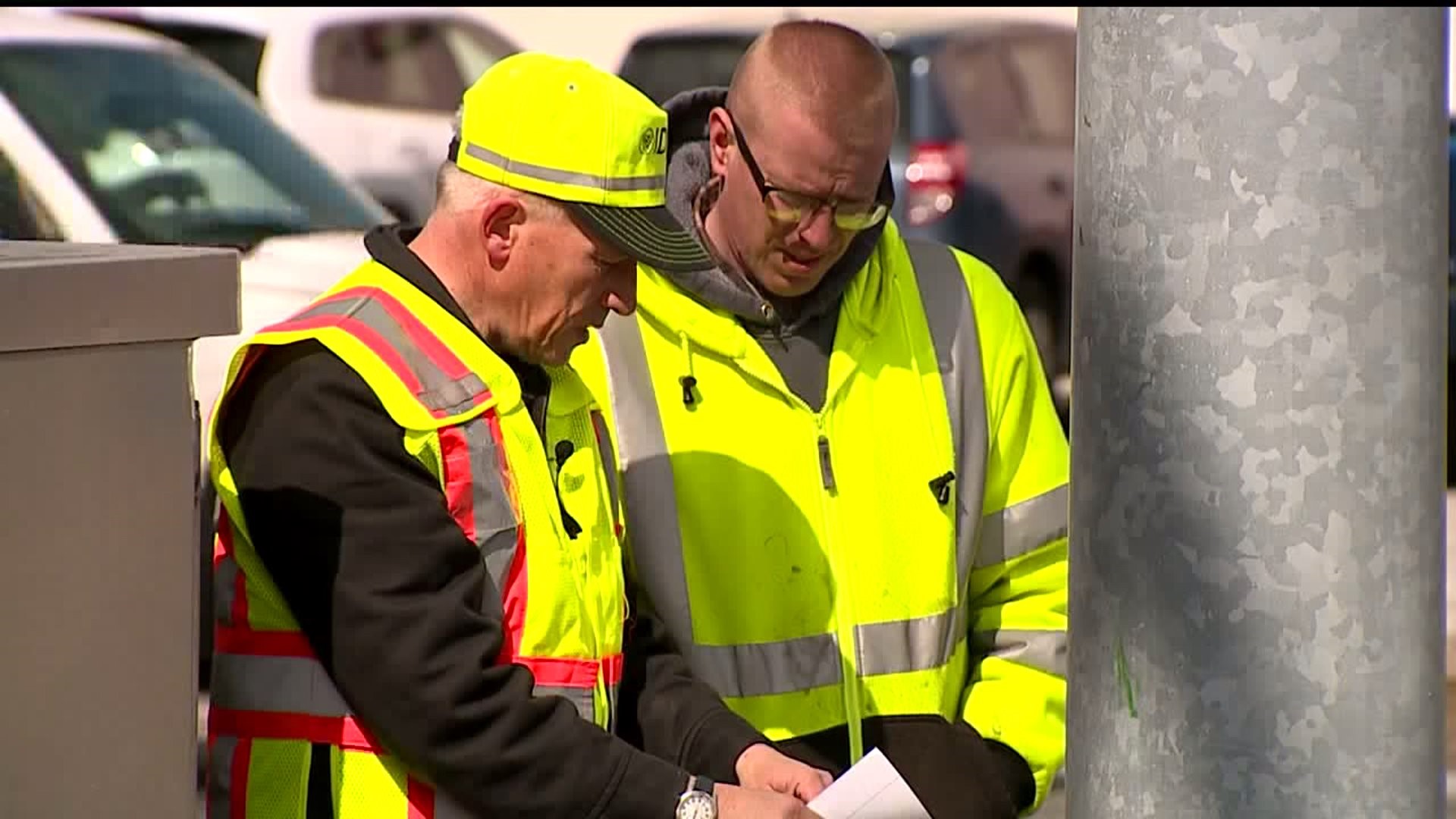 MOLINE, Illinois -- Crews with the Illinois Department of Transportation have begun tearing off the asphalt on the westbound lanes approaching the I-74 Bridge.

The interstate is closed for traffic on the westbound lanes from Avenue of the Cities on north.

Related: Breaking down the I-74 bridge detour from the driver’s seat

"We're going to reconstruct those lanes, tearing out the old ones and completely constructing new lanes," said Ryan Hippen, construction field engineer for IDOT. Removal of the pavement and the viaduct would take several weeks, he added.

Monday, March 18 was the first day that traffic was rerouted off I-74 onto 19th Street.

IDOT and the City of Moline are working closely together to optimize traffic flow in the coming days, he said, as drivers will have to navigate through several intersections on 19th Street.

"The good news is, by detouring traffic, it allows us to expedite the construction of the lanes, which in the big picture is minimizing the overall construction time frame," Hippen said.

Scott Kullerstrand, one of IDOT's engineers, was out early on Monday at the 19th Street and 6th Avenue intersection, fiddling with the traffic signal control cabinet to adjust the timing of the traffic signals.

"We are trying to sync the traffic on 19th street and absorb all the traffic for the detour," he said.

"Normally we would prioritize the eastbound traffic here on 6th Avenue," he said, "Now we have to sacrifice that a little bit to shove them north."

By changing the time intervals between red light and green light mode, "we are at least tripling the amount of traffic we’re sending northbound. And we don’t know yet, maybe we’ll have four or five times that much on the weekend or at special events, so we want to have the capacity for that," he said.

He and a colleague moved from one control cabinet to the next, checking off intersections from 12th, 7th, 6th and 4th Avenues.

Crews on the street say they didn't see major delays on the detour route Monday.

But there is a wild card, Hippen said: The railroad track cuts through 19th Street on the detour path and train schedules are unpredictable.

IDOT is working closely with the City of Moline to observe traffic patterns and minimize congestion.

If things get really bad, the city has the option to switch traffic lights to manual override.

But Kullerstrand said that operation would require a crew member at traffic signal control cabinets at each intersection. He says IDOT and the city are working on a plan should the need arise.

"It will develop over the next day or so because we don’t know how many people choose to take the detour," he said.