One teen killed, another injured in rural Sterling crash

The Whiteside County Sheriff's Office say a semi-truck hit the passenger side of an Impala after a 16-year-old driver ran a stop sign. 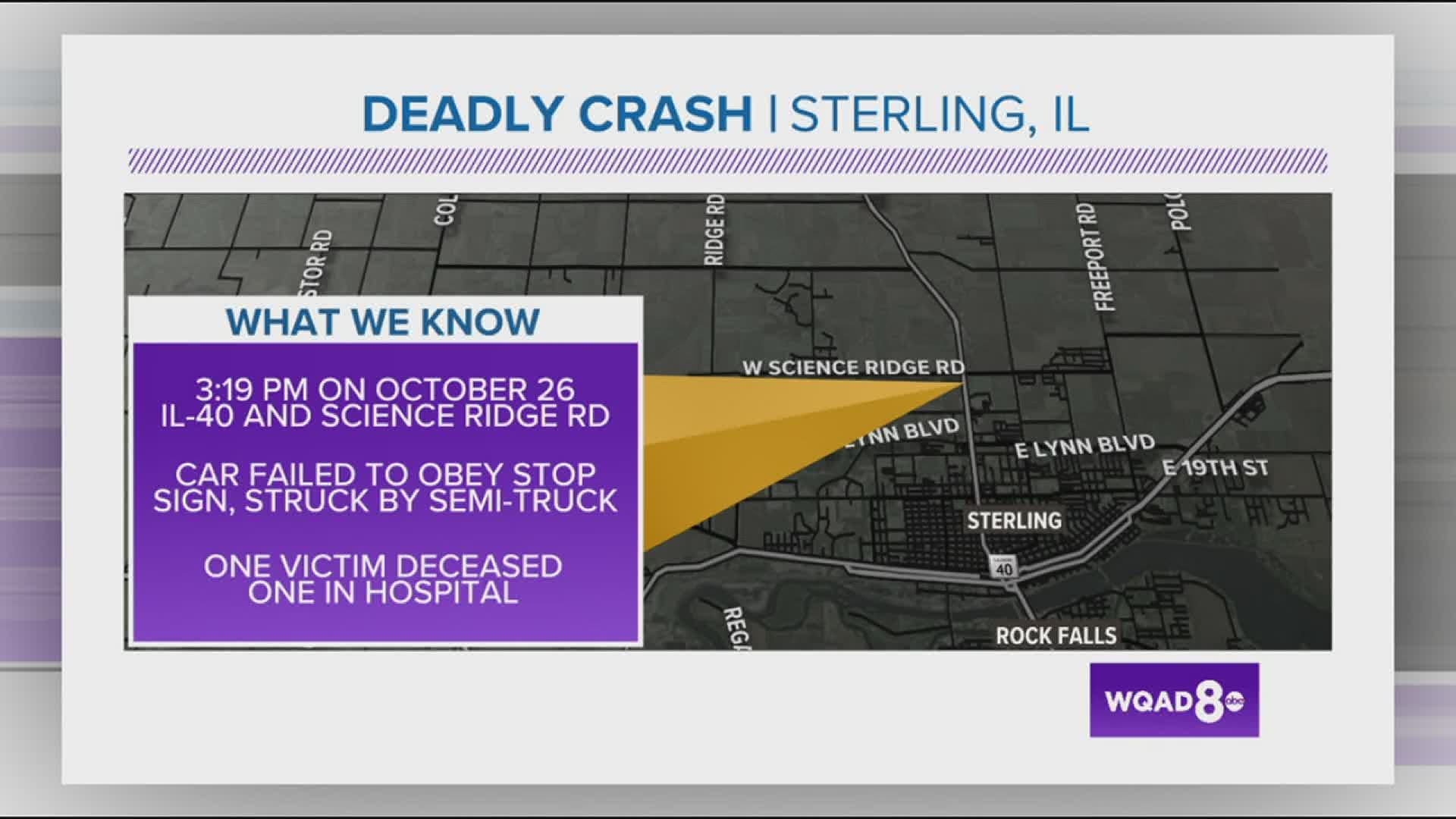 STERLING, Ill. — A 15-year-old girl died in a crash in rural Sterling Monday.

A 16-year-old boy was driving a Chevrolet Impala eastbound on West Science Ridge Road just before 3:30 p.m. Oct. 26 and ran a stop sign at Illinois Route 40, according to a statement from the Whiteside County Sheriff's Office.

A semi-truck traveling northbound on Route 40 hit the Impala on the passenger side. Both vehicles crashed into a northeast ditch.

The Whiteside County Coroner declared the 15-year-old girl in the passenger seat of the Impala dead at the scene.

The 16-year-old boy was taken to a nearby hospital for his injuries in the crash. He was ticketed and is expected in court, the statement said.

There were no other reported injuries.

The crash is under investigation.