Local bicyclists in the Quad Cities have started a petition requesting safer access to their favorite trails. 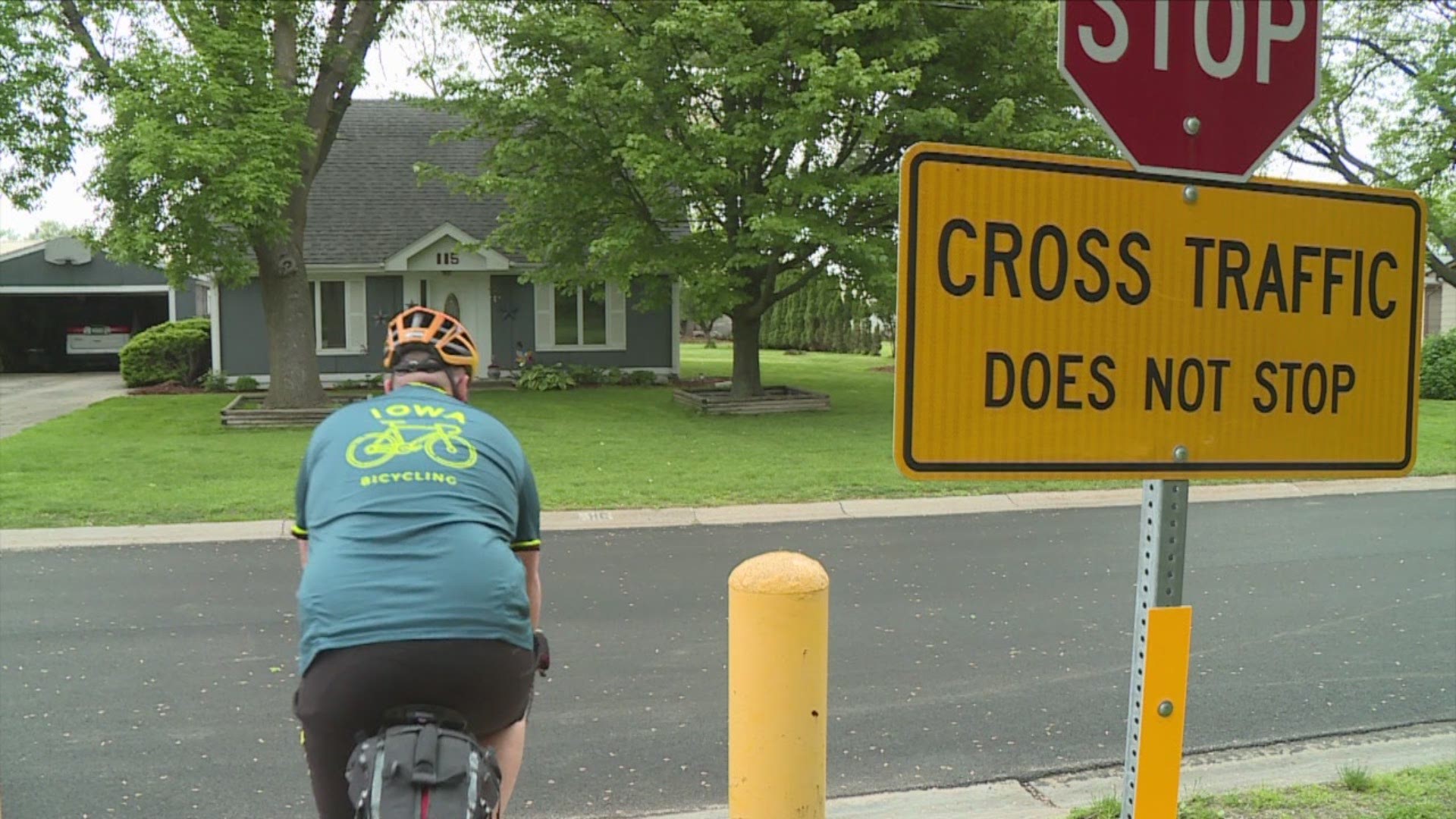 RIVERDALE, Iowa — Local bicyclists in the Quad Cities have started a petition requesting safer access to their favorite trails.

"Something different has to happen before somebody gets hurt," said James McAdams.

He says he began the petition nearly a week ago after the city of Riverdale closed off what bicyclists call a "key access point."

"Any cyclists that are using the Mississippi River Trail can no longer use [south Kensington Street] to connect to Duck Creek Trail to go underneath highway 67," said McAdams.

However, the city's Mayor, Mike Bawden, said things have changed since then.

"On a good weekend day [residents] see as many as 500-1000 bikes and pedestrians on this street," said Mayor Bawden.

He said the high bike traffic is now a cause for concern.

"We don't want lots of bike traffic up and down a very narrow, two lane street that is the only exit and entrance into a neighborhood," said Mayor Bawden.

Mayor Bawden said the city proposed a new alternative route - diverting traffic to  Bellingham Rd and then across at US-67.

"Which is a four-lane highway, speeds around 45mph and it has cross traffic with Arconic shipping and receiving," said McAdams.

McAdams said he and other riders would like to see improved stripping and signage along US-67 before it becomes a permanent solution.

However, Mayor Bawden said US-67 is out of his jurisdiction. The highway is technically owned by the state.

Mayor Bawden said the city has plans to perform a new and improved study to determine the exact amount of traffic south Kensington Street sees.

"We're expecting this all to take seriously up to five years to finish," said Mayor Bawden. "We will find alternatives to try and accommodate everyone."