An enterprising Minnesota college student drove to Iowa every weekend to buy hundreds of Krispy Kreme doughnuts that he then sold to his own customers in the Tw... 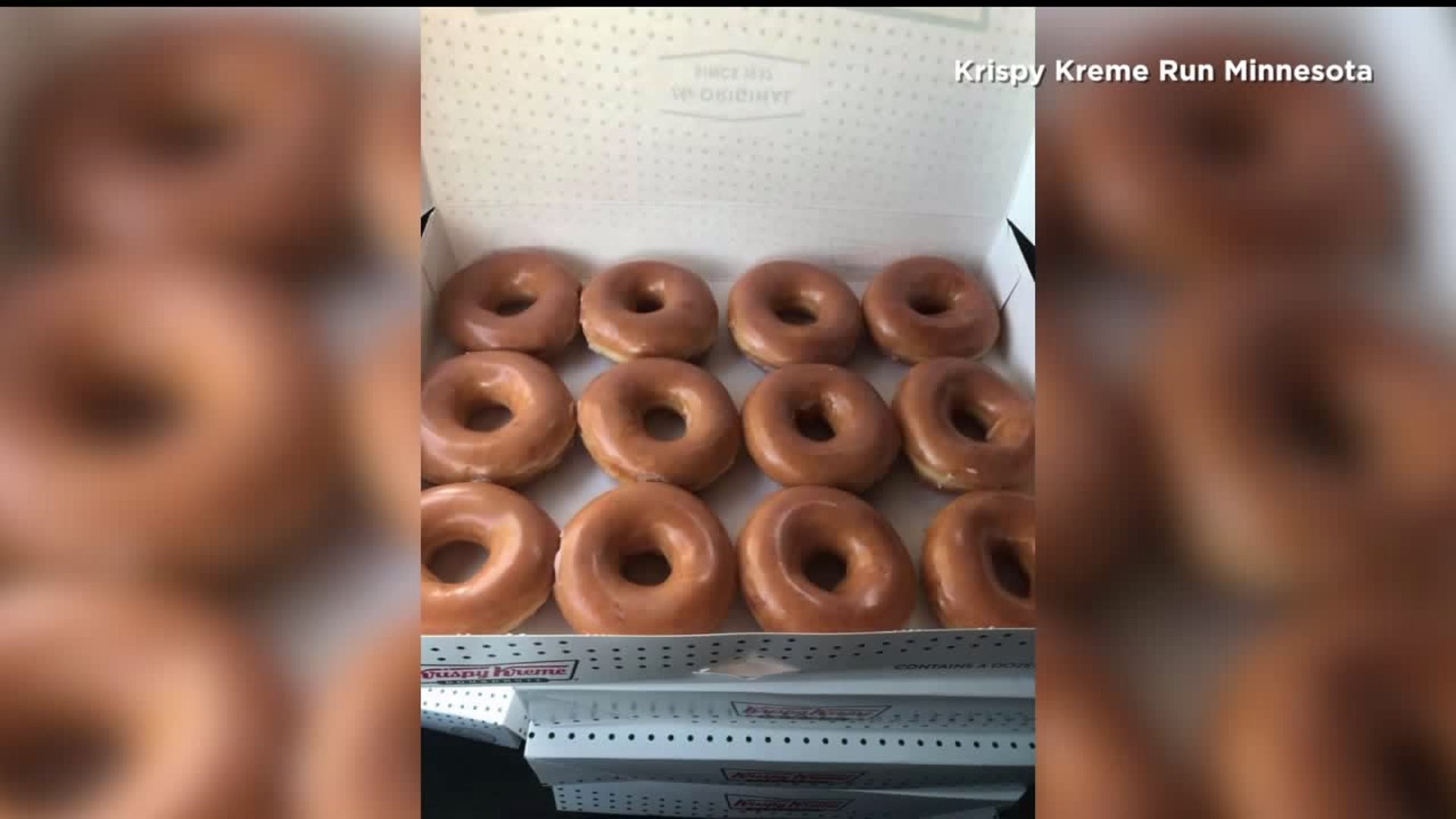 ST. PAUL, Minn. (AP) — An enterprising Minnesota college student who drove to Iowa every weekend to buy hundreds of Krispy Kreme doughnuts that he then sold to his own customers in the Twin Cities area has been warned by the confectionary giant to stop.

There have been no Krispy Kreme stores in Minnesota for 11 years.

Jayson Gonzalez, 21, of Champlin, Minnesota, would drive 270 miles to a Krispy Kreme store in Clive, Iowa, pack his car with up to 100 boxes, each carrying 12 doughnuts, then drive back up north to deliver them to customers in Minneapolis-St. Paul.

"Life happens, and it could be a sign that something else it meant to be."

He charged $17 to $20 per box. He said some of his customers spent nearly $100 each time. Gonzalez said he did not receive a discount from the store in Iowa where he bought the doughnuts.

But less than a week after the St. Paul Pioneer Press reported on his money-making scheme, Gonzalez received a phone call from Krispy Kreme's Nebraska office telling him to stop. The senior studying accounting at Metropolitan State University in St. Paul said he was told his sales created a liability for the North Carolina-based company.

In a statement Sunday night, Krispy Kreme said it's looking into the matter.

"We appreciate Jayson's passion for Krispy Kreme and his entrepreneurial spirit as he pursues his education," the statement read.

Gonzalez, also known as "The Donut Guy," would have made his 20th run to Iowa on Saturday. He told his Facebook followers on Thursday that he has been told he has to shut down operations.

"Life happens, and it could be a sign that something else it meant to be," Gonzalez posted.