Iowa governor holds out on stay-at-home order: "Results are aligned"

Iowa is one of a just five states in the nation without a stay-at-home order. Some question if more should be done, others say it's not necessary. 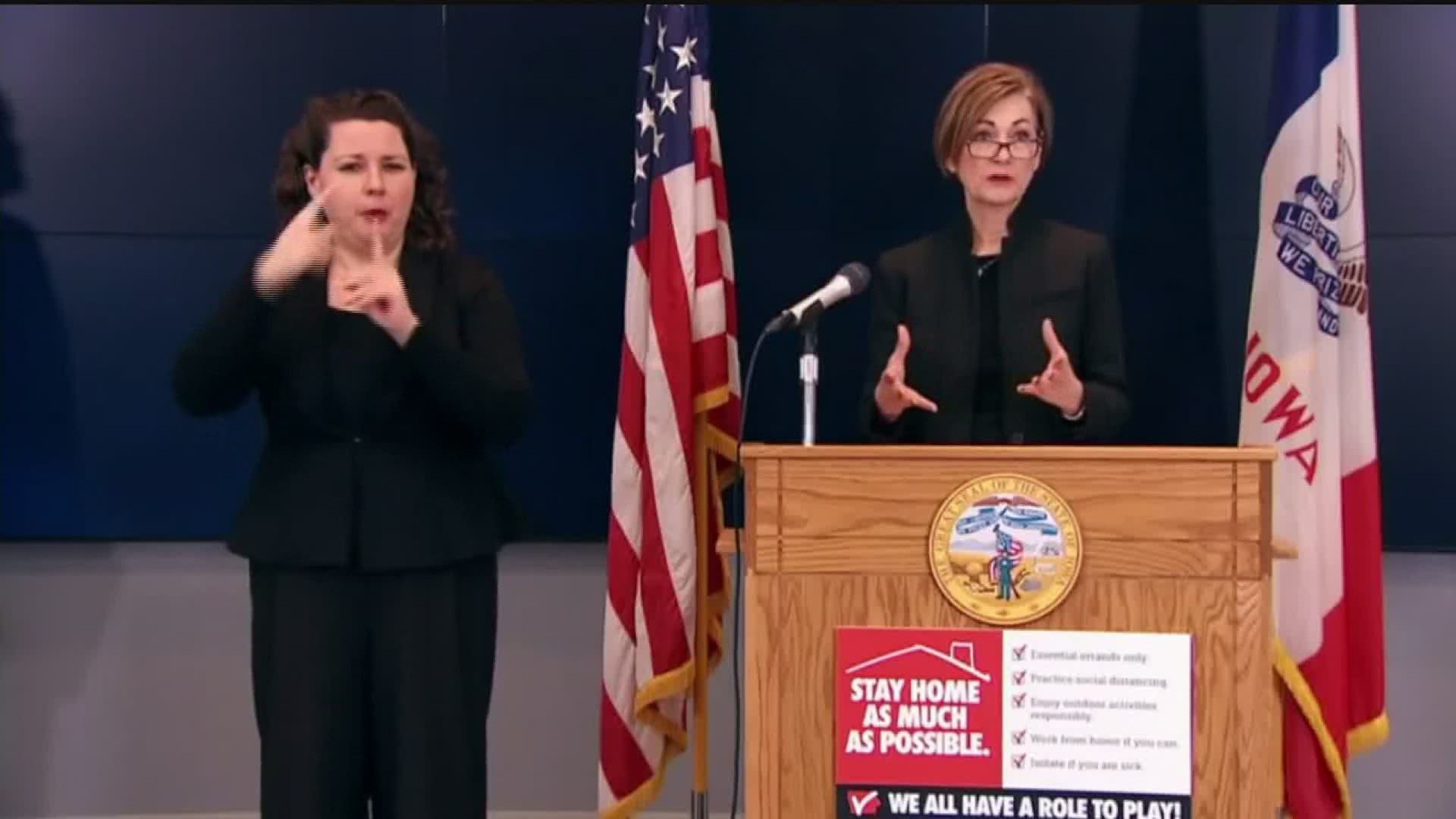 LE CLAIRE, Iowa — The vast majority of governors across the United States have ordered residents to stay at home in a bid to slow the spread of the COVID-19 virus, but Iowa Governor Kim Reynolds has held out, making the Hawkeye State one of just five without such an order.

"It would be irresponsible for me to just do a statewide (order), when according to Dr. Fauci many of the mitigation efforts that I have put in place are aligned with the results that they’re trying to get," Gov. Reynolds said at a news conference on Monday, April 6.

Iowa Governor Kim Reynolds has resisted calling for a stay-at-home order, saying she is relying instead on data and metrics to issue one when necessary, "by community, county, region."

"I believe in this date, in this strategy. I think it’s the right way to move forward," she said.

State Senator, Chris Cournoyer, a fellow Republican, who represents LeClaire, said the governor is doing right by Iowans by taking a conservative approach:

"The Governor is also very mindful that she’s not impeding on our citizens’ constitutional rights and also understanding that decisions that she makes today could set precendece for decisions in the future.

Cournoyer said the restrictions on businesses and gatherings the Governor has already put in place are getting the job done.

"It’s terminology. I think the procedures and recommendations that are in place in Iowa are making a difference in terms of how we are flattening the curve."

But her Democratic colleague, State Senator Jim Lykam of Davenport, said an expressed shelter-in-place order would provide clarity at this confusing time.

"I applaud her for what she’s trying to do.But I think it would be clearer if she would even just do it temporarily, for a couple weeks."

In Illinois, Governer Pritzker issued a stay-at-home order more than two weeks ago; it went into effective March 21.

Infectious Disease Specialist Dr. Anthony Fauci this week clarified his stance after having questioned earlier why some states did not have a stay at home order.

"I had good conversations with the Governor of Nebraska and Governor of Iowa. Even though they haven’t given a strict stay-at-home (order), what they’re doing is really functionally equivalent to that," he said. "There was the public response that they weren’t really doing anything at all, and they really are doing a very good job."

The bi-state QC COVID-19 Coalition comprising health leaders from Scott County and Rock Island County says whether the Iowa governor issues an order or not is a moot point.

"Perhaps talking about whether one state has a shelter-in-place order and another doesn’t is missing the point. We’ve been saying all along, stay at home, essential trips only, social distancing," said Ed Rivers, director of the Scott County Health Department.