There are now 23 polling locations in Scott County, less than half the total in past elections. 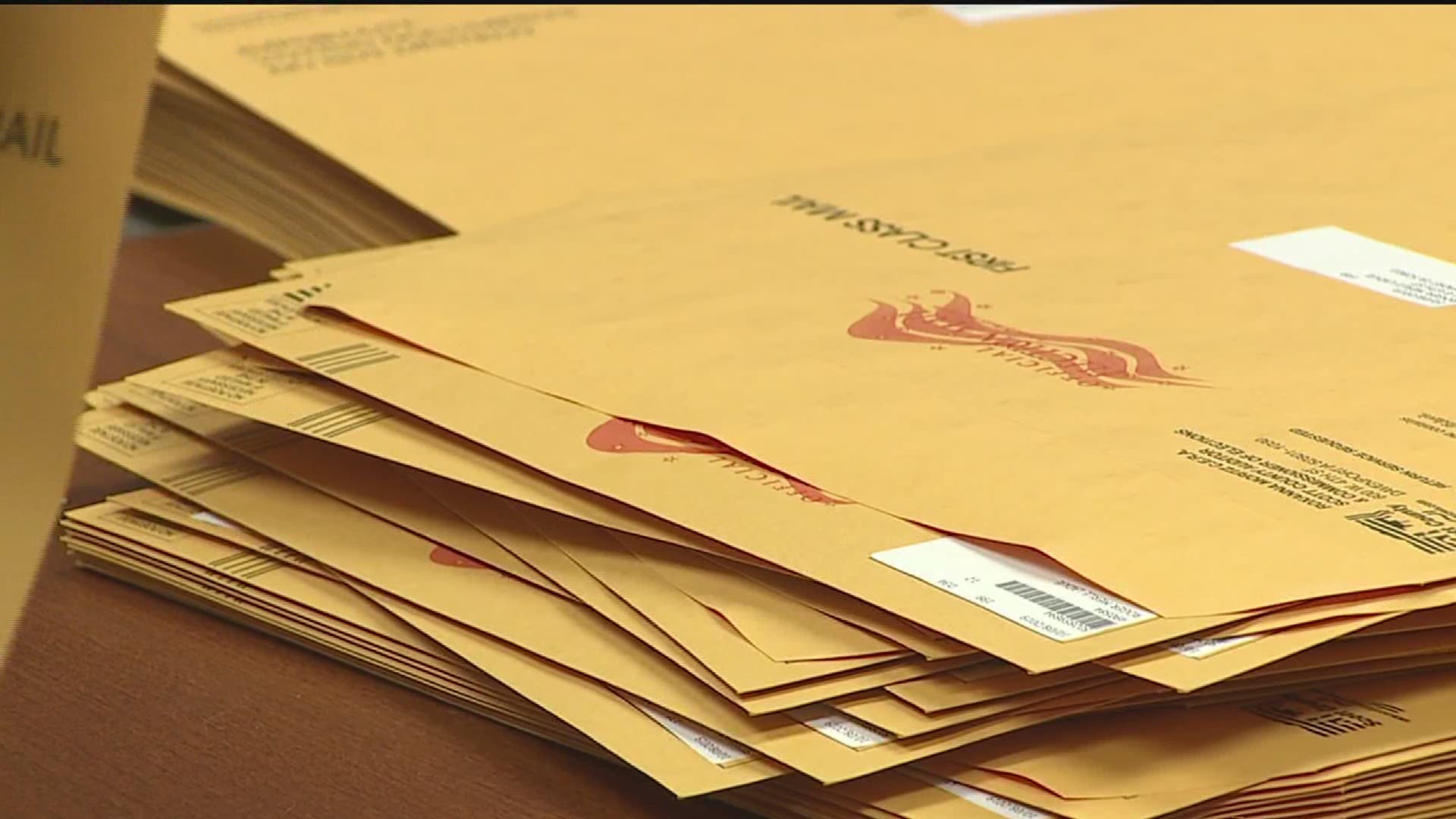 DAVENPORT, Iowa — Nearly 2,000,000 request forms for absentee ballots are being sent to registered voters in Iowa in preparation for the primary election on June 2nd, 2020.

This is the first time the Secretary of State's office is taking this step, due to the COVID-19 pandemic.

"It's our hope from the state's perspective, and the county's and mine as well, that people will take advantage of the opportunity to fill our the request form, mail it in to us and get their ballot at home," says Scott County Auditor and Commissioner of Elections Roxanna Moritz.

She says less than 10 percent of people vote in a primary election, and even fewer vote by mail.

She hopes this year is different, to keep communities safe.

Our poll workers are typically a little older, and maybe have some underlying (health) issues," Moritz says.

"I'm a little apprehensive this time," she says.  "I want to make sure I don't bring any kind of illness home to my family."

Schiffke says she started voting by mail when she became a poll worker 10 years ago.

"I love it because you can take the ballot, sit down and do some research on the candidates," she says. "Without having to wonder 'Oh here's this office I didn't know was up for election so I don't know these people.'"

Scott County is also cutting the number of poll workers and locations in half. There are now 23 polling locations, compared to 63 previously.

Moritz says some polling locations decided to not be included in the primary election this year because of COVID-19 concerns. Poll workers have also expressed their worries.

"In the last two days, each day, someone has called in and said 'I'm changing my mind i don't want to work,'" she says.

Even with the new changes, Moritz says she's not worried about election security.

"We have a central count that counts 5,000 ballots per hour," she says. "There'll be no problem in delivering an accurate and timely election."

For those who still choose to vote in person, the first day to cast your ballot early is May 4th.

"Get out and vote, with your ballot at your house, and mail it in!" Schiffke says.