A Scott County program taking people at the Scott County jail with mental illnesses out of jail and into treatment has saved taxpayers more than half a million ... 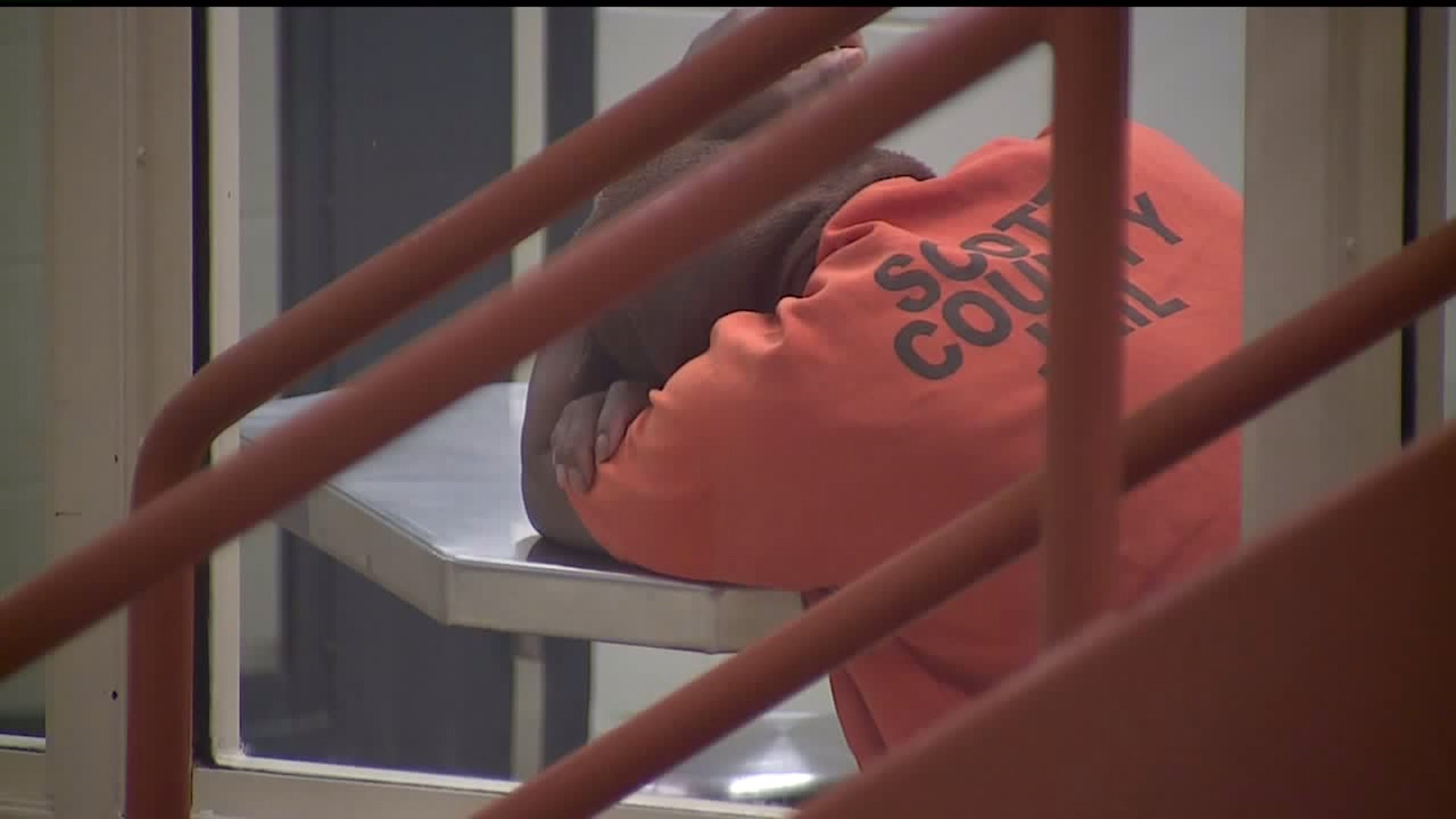 DAVENPORT, Iowa -- A Scott County program taking people at the Scott County jail with mental illnesses out of jail and into treatment has saved taxpayers more than half a million dollars since its inception.

Al Ramsey was one of the Scott County Mental Health Court's first clients when the court was established in 2016.

"My first official charge was conspiracy to manufacture methamphetameme," he told News 8. "Going into jail I was nervous, scared, I faced 30 years in prison. That’s serious."

Ramsey was first booked into the Scott County Jail four years ago. A rehabilitation program at the jail helped him get clean initially, but it was tough.

"It’s really hard. I've been an addict sicne I’ve been eight years old. I'm 34 now. That’s a long time. It takes a lot to try to break those old habits."

A diagnosis of a schizoaffective disorder compounded his struggles.

"My probation officer felt like she couldn’t help me like she needed to. So she recommended mental health court."

The Scott County Mental Health Court had began operating its diversion program three years ago, pooling resources across the county to help reduce recidivism, alleviate the overcrowding of the county jail with mental health patients, and reduce costs.

A team consisting of Judge Mark Smith, attorneys, psychologists, jail and probation staff meet weekly to go over each participant's progress and needs. Thus far, 36 individuals have been diverted from the jail and 13, including Al Ramsey, are still currently in the program.

"We’ll monitor medication, we'll monitor that they're going to treatment, whether it's substance abuse treatment, counseling, therapy groups, whatever is needed for that client, so that they can stay on the road to recovery and stay out of the county jails."

Ramsey said through the program, he's learned how to cook, how to bargain hunt, how to shop, in short, life skills that he needed to survive and thrive.

The court has saved taxpayers $594,000 halfway through its third year by diverting inmates with severe mental health illnesses from the jail. The program is currently financially limited to serve 15 clients, with funding in the first three years provided by Genesis Philantrophy and the Eastern Iowa Mental Health Region.

The program seeks buy-in from the victims in the crimes committed, before an inmate with a chronic mental health illness can participate.

With more than 300 inmates currently housed at the jail, here, "18 to 19 percent of our population deal with a mental health issue," said Dr. Paul Elias, program coordinator at the Scott County Jail.

Housing a healthy inmate at the Scott County jail costs $30 a day. Elias added that at leaset 45 inmates have to be housed outside the county at a cost of $50-60 a day, because they require seperation from the rest of the inmates. The county also bears the heatlh care cost, where as invididuals diverted from the program can access Medicaid and insurance money.

"If officers have to spend extra time dealing with somebody with mental illness, that keeps them from dealing with ins and outs of the daily routine at the jail," he said.

The program is not just saving money, Ramsey said.

He now serves as a peer mentor helping others who are struggling with addiction. He is on track to graduate from the Mental Health Court in two weeks.