Hundreds march through Davenport to protest the death of George Floyd

More than 500 people met in LeClaire Park on Saturday to stand in solidarity with protestors nationwide over the death of George Floyd. 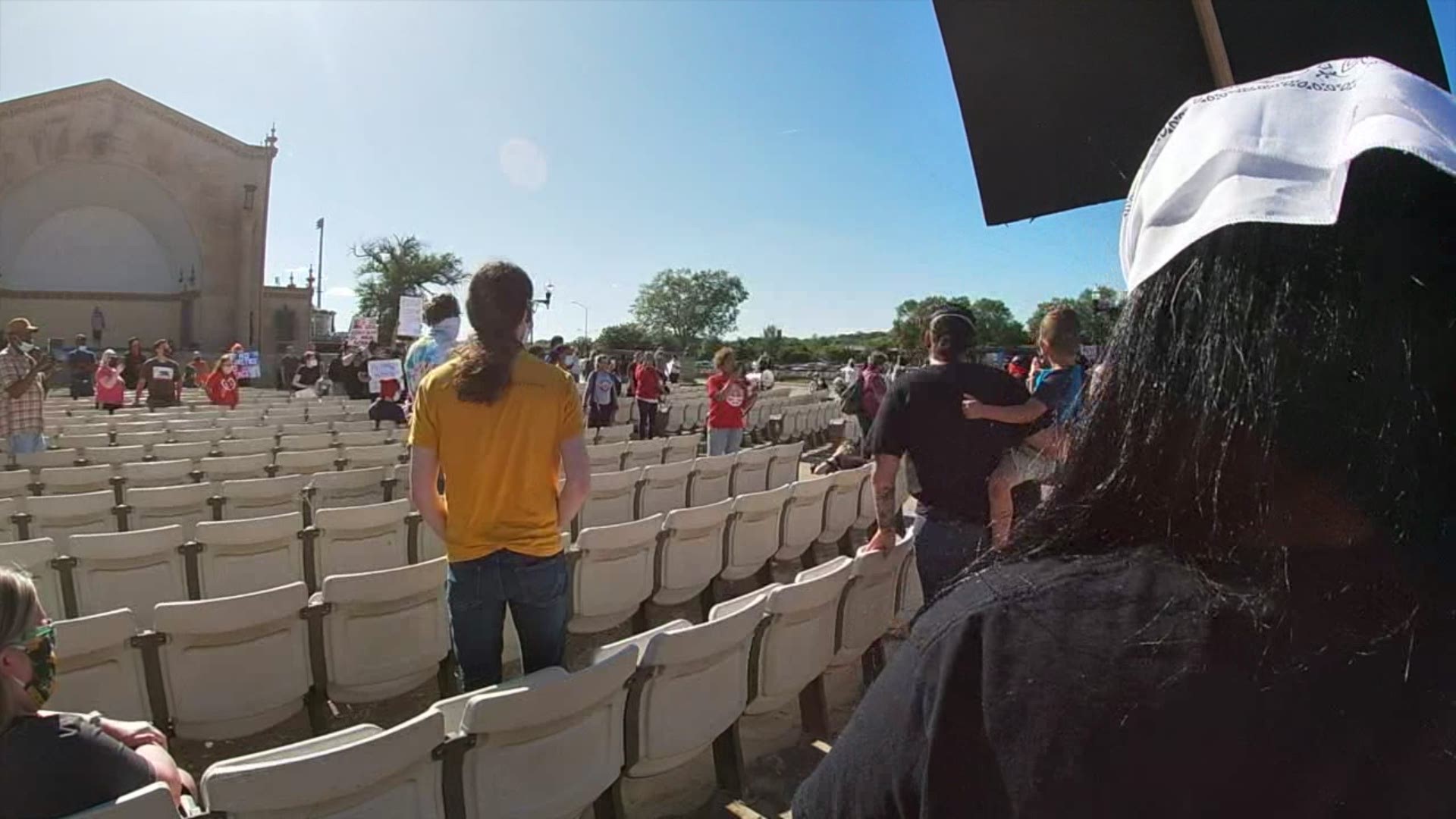 More than 500 people met in LeClaire Park on Saturday to stand in solidarity with protestors nationwide over the death of George Floyd.

The arrest of George Floyd was caught on camera by bystanders earlier this week. In the video, Floyd repeatedly pleads that he could not breathe as a white officer knelt on his neck and kept his knee there for several minutes after Floyd stopped moving.

"It was cold blooded murder on video," said Ledbetter.

RELATED: 'Justice for George Floyd' is largest-ever US petition on Change.org

The group of protestors began marching at 5 p.m. from LeClaire Park to the Scott County Courthouse.

However, as Thomas Tousseau led the march, he never imagined it would turn violent.

"As I'm handing over the megaphone, I can hear people in the back of the crowd screaming 'no no no'," said Tousseau.

Tousseau said he saw multiple people, uninvolved in the protest, throw rocks at the courthouse before running off.

"I'm heartbroken. That's not what I wanted," said Tousseau.

The energy in the crowd quickly turned from peaceful to panic as protestors ran away from the scene in fear. At least one person was seen being taken away by paramedics.

"In the end, we have everybody here still," said Tousseau. "That's what's even crazier to me."

Protestors dispersed and many regrouped at LeClaire Park where the protest began.

"I can't even express how great it is to have every race, color, culture, age out here... its amazing." said Ledbetter. "I hope we just keep going and going and going until justice is served.”