With four offers on the table, Rock Island County Board Chairman Richard Brunk says he hopes to have a final contract within a month and the goal is to keep the... 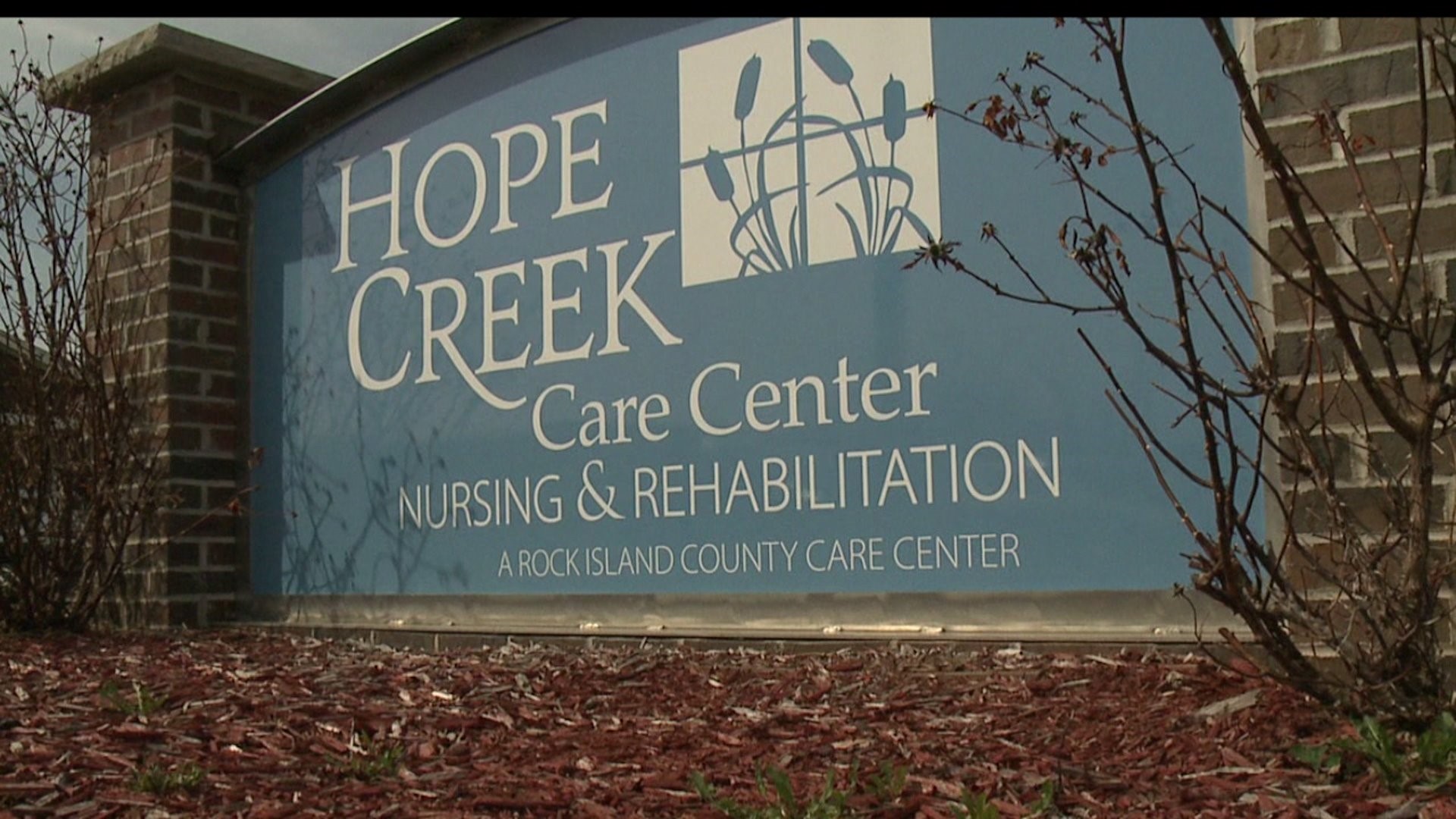 EAST MOLINE, Illinois - People who work at Hope Creek Care Center are nervous as the Rock Island County Board works to sell the nursing home. The sale will help pay the more than $20 Million worth of debt the nursing home is costing taxpayers.

"What will happen if the facility sells? Will I have a job," asked Cheryl Campbell.

Campbell has worked for the county-owned nursing home for 15 years and says the county board needs to focus more on the current staff while negotiating the sale of the nursing home.

"I think they need to guarantee us a job here somehow within the sell of the facility," said Campbell.

"I think when it comes down to it, this is gonna be one of those things that you don`t realize what you`ve got until its gone," said Brian.

On December 11, the county board met behind closed doors to discuss four offers currently on the table.

County Board Chairman Richard Brunk says selling the nursing home would be the best option for staff and he says he doesn't believe they should worry about losing their jobs, citing a nationwide nursing home staff shortage.

"The reason that I don`t feel that its likely that there would be any type of mass layoffs or terminations is simply because everyone is struggling to maintain their staff," said Brunk.

One of the counties priorities is to sell Hope Creek as an operating nursing home to a buyer that will keep Hope Creek Care Center open, maintaining it's license.

Brunk says because of an over saturation of nursing home beds in our region, if Hope Creek's license goes away, it could be hard to get back.

"If the license goes away, anyone purchasing that facility would have to re-purpose it and there`s obviously a cost to that, which would minimize any value to the property," said Brunk.

Now, with four offers on the table, Brunk said the goal is to finalize a sale within the next month.

"What about us? These are people! These are our lives," said Hedi Fuhr.

Brunk said the sale of the care center will also help return about $5 million dollars to taxpayers.

He believes homeowners would see a property tax decrease after the sale of the nursing home.