Historic documents, memorabilia burn to the ground at Monmouth airport 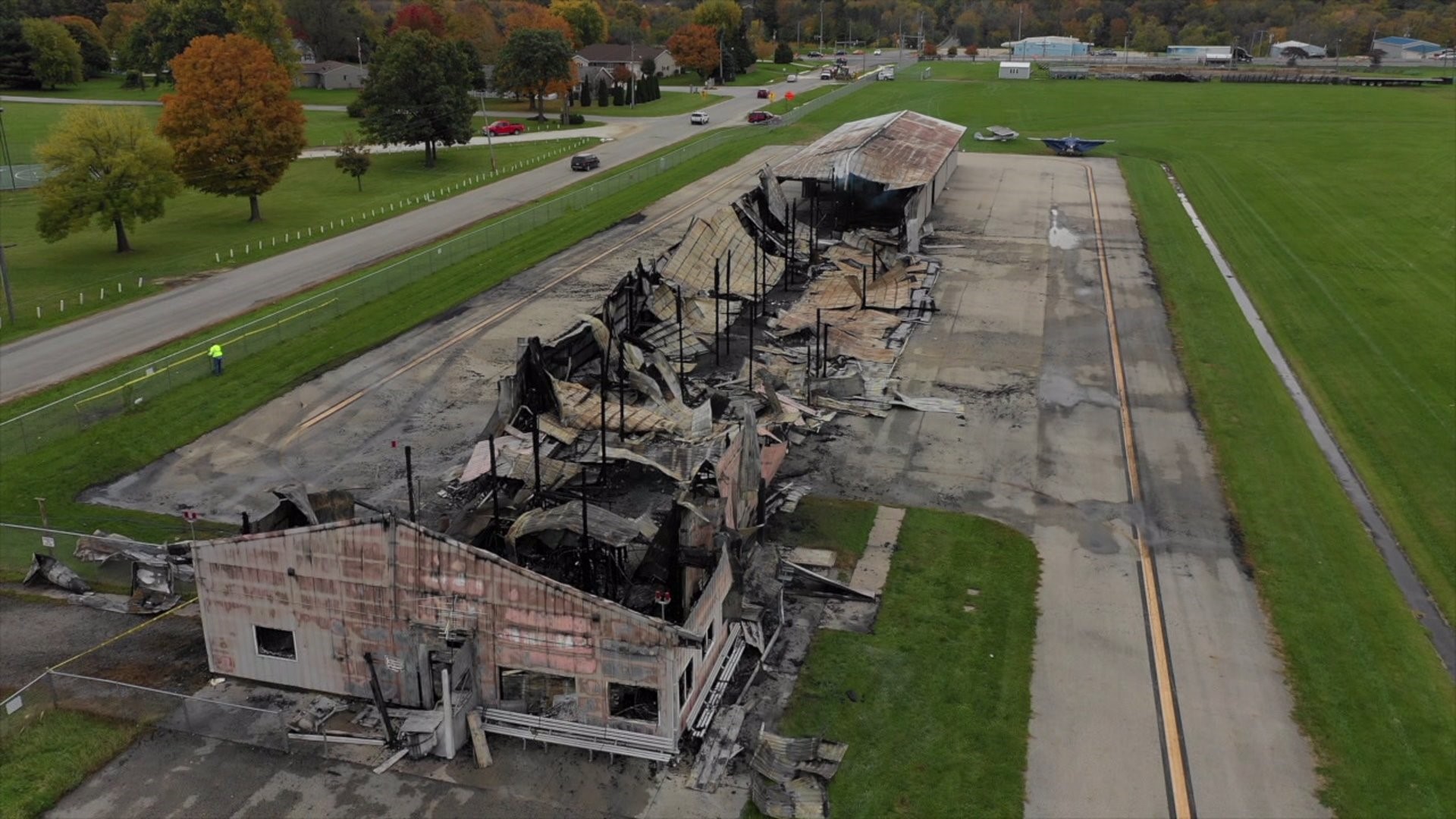 According to the Monmouth Fire Department, 10 planes were stored in the hangar at the time of the fire. Eight of the planes were determined a “complete loss.” Pilots on scene explained that the planes melted down to just the engines -- with little to nothing left for salvaging.

However, as the oldest continuously operating airport in Illinois, the one thing pilots cared about most was the history lost.

The club's training plane was lost in the flames along with Daw's personal plane, a 1946 Cessna 140.

"All that’s left is a couple of wing struts and the landing gear and the engine, everything else melted," Daw said. "The planes are all aluminum so the rest of it just melted away in the fire."

Monmouth's Mayor, Rod Davies, said he knows there is a lot of personal loss being felt in the community.

"Some of [the pilots] have owned their air crafts for over 30 years," Mayor Davies said. "The Monmouth airport has been an important part of our community for many, many years."

Mayor Davies said the airport is home to a lot of aviation history.

The airport was founded in 1921 and the Monmouth Flying Club has called it home since 1966.

"All of our flying club archives were in there, all of our photographs, our charters, all our old meeting minutes, all of that was lost in the fire," said Daw.

Daw said he currently has six students he is instructing through the program. He said he hopes to lean on nearby airports, like Galesburg, to continue his students' curriculum.

Mayor Davies said, coincidentally, the city was in the early stages of planning a new hangar. Now he said he is hoping to get those plans moving along much quicker.