The business owner wants to keep up with the times, but the city isn't quite there yet. 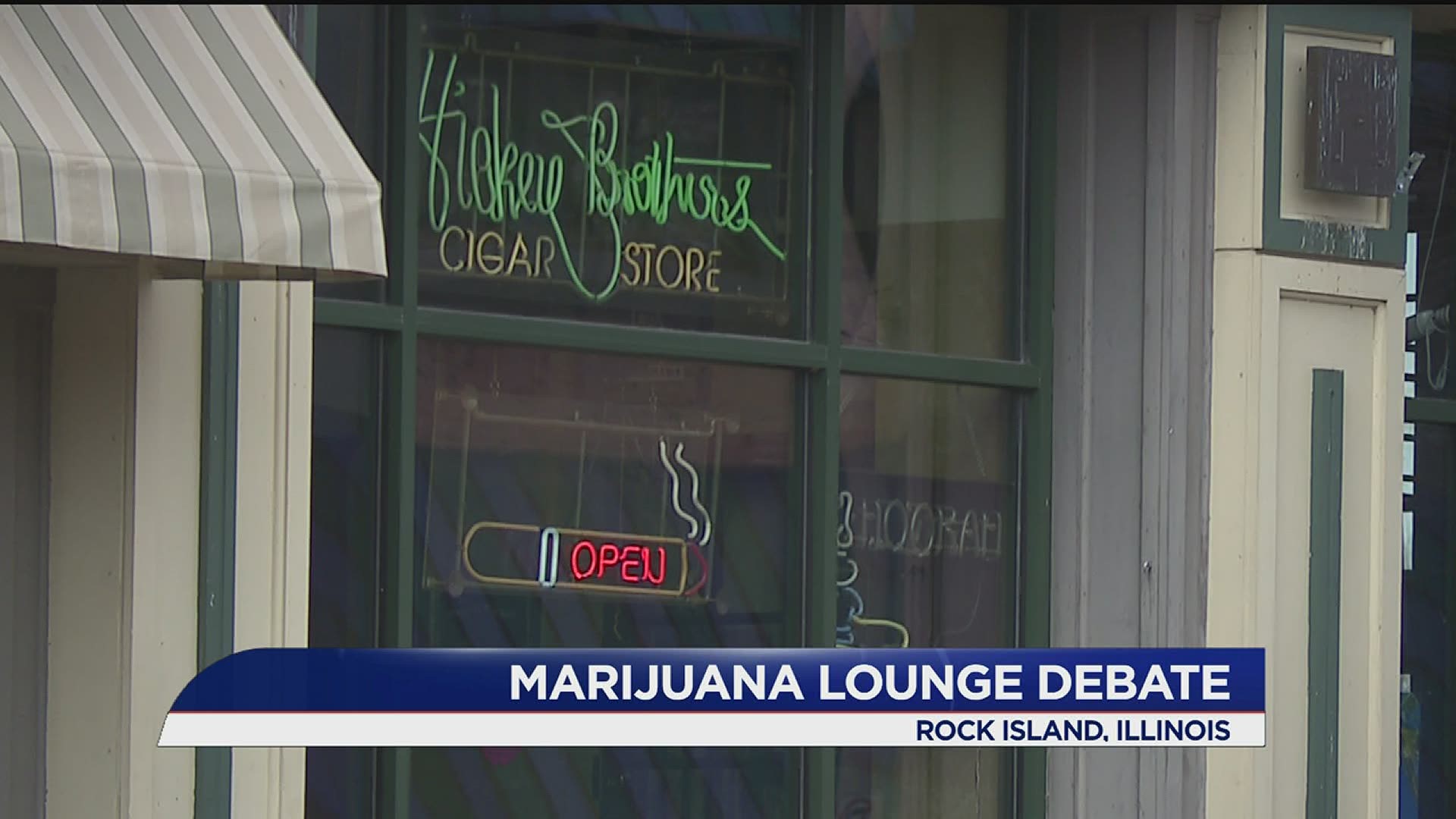 ROCK ISLAND, Illinois — Michelle Royal, the owner of Hickey Brothers Cigar Store, wants to cash in on legalized marijuana use, but her plan doesn’t involve selling any product and needs city approval first.

Hickey Brothers has sold cigars for 23 years in downtown Rock Island, but Royal is always trying to keep up with the times. That’s why on top of being a cigar and hookah lounge she wants to add marijuana.

“What we’re trying to achieve here is create a public place where people can come in and smoke cannabis,” explains Royal.

Hickey Brothers would be the first marijuana lounge in Illinois not part of a dispensary. But, to make it happen she needs the city to issue her a license.

“My city has decided to sit on their hands for a bit and go through study sessions and what not,” Royal says.

“Myself and part of the council is saying, “no, we don’t want to be first”,” says Rock Island Mayor Mike Thoms.

Mayor Thoms says he doesn’t want Rock Island to be the guinea pigs.  He wants to flesh out concerns with the state first and see others test the idea first.

“When you’re bringing the marijuana in – is it legal or not legal marijuana?” he questions.

Royal says surrounding businesses would benefit from her business idea.  She also says it would keep marijuana use contained to her store during festivals in the downtown area and help law enforcement.

“That is an opportunity,” says Mayor Thoms. “You are bringing people here and exposing them to what we have to offer, and they may like what they see and spend money.”

Mayor Thoms sees the benefits, but he says the city council needs to have more discussions over the next couple weeks.

“He needs to make a decision whether he wants to deal with it now or in the future,” says Royal. “Rock Island should be the leaders, we could set the standards, we could see how it goes.”

Currently, Springfield is the only city with an marijuana lounge approved, but it’s part of a dispensary.