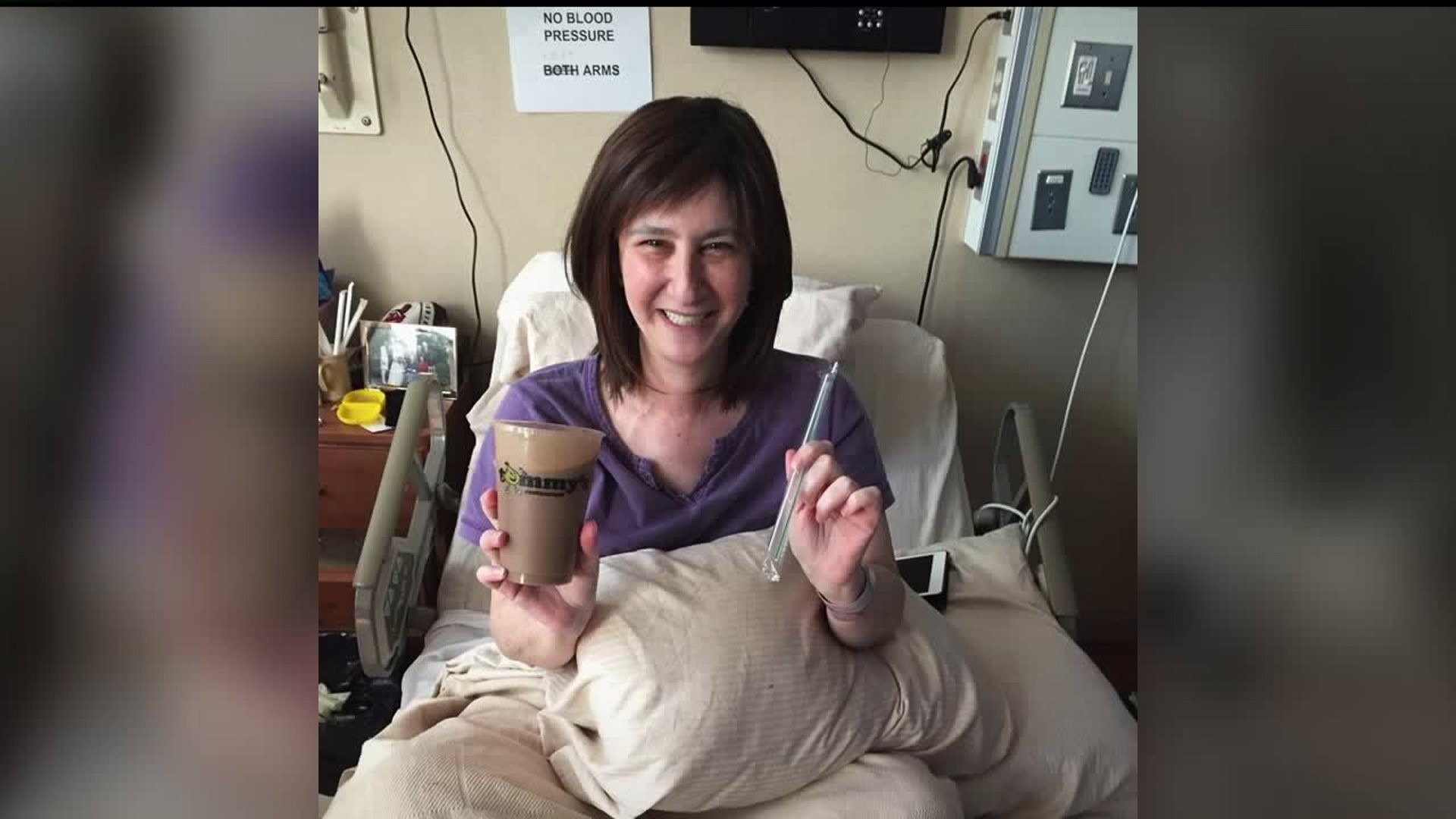 The 50-year-old, fighting a second bout of pancreatic cancer, spent her finals days in hospice care at a Washington, D.C. hospital.

"As she was doing her 'swan song' as she liked to say, I said, 'Hey, is there anything you're going to miss in terms of food'? And she said, 'What I would do right now for a Tommy's mocha milkshake," said longtime friend and fellow Ohio native Sam Klein.

Fello says he's served up thousands of milkshakes, but none as meaningful as this one.

"It touched my heart," Fello explained. "And I said, 'Boy, I'd love to be able to do something.'"

With the help of a local ice cream shop's supply of dry ice, Fello whipped up a frozen mocha milkshake, and paid the $123 overnight shipping bill.

The next morning, Fello was sent this picture, of a smiling Pomeranz in her hospice room, milkshake in hand.

"Seeing her in that picture was just something else, I'll tell ya. What a reward," Fello said. "I was so happy it worked. I wasn't sure how it was going to work, and Sam called me and said it worked. We called it the 'Milkshake Mission' or something like that, 'Milkshake Impossible.'"

Pomeranz passed away Friday, but the milkshake mission lives on. Her friend posted the story on Facebook, and it's already been shared hundreds of times.

“She got a lot of momentum out of not only being able to enjoy something as special as a childhood nostalgic milkshake but the fact so many people were smiling about her,” Klein said. “A lot of people have said 'this made me feel good' and I know Emily would love the fact that she's making people feel good even though she's not here with us anymore.”

Klein’s post asked others to visit Tommy’s Restaurant to order a milkshake for Pomeranz and thank Fello for his small act of kindness that made a big difference.

“What they say is true, giving is more important than receiving,” Fello said. “It's a better reward.”

The average lifetime risk of pancreatic cancer for both men and women is about 1 in 65 (1.5%). But, according to the American Cancer Society, each person's chances of getting this cancer can be affected by certain risk factors. Learn more here.