The state said Friday that it has made $275 million available in grants to small businesses, but local businesses say that's not enough to make up for empty tables 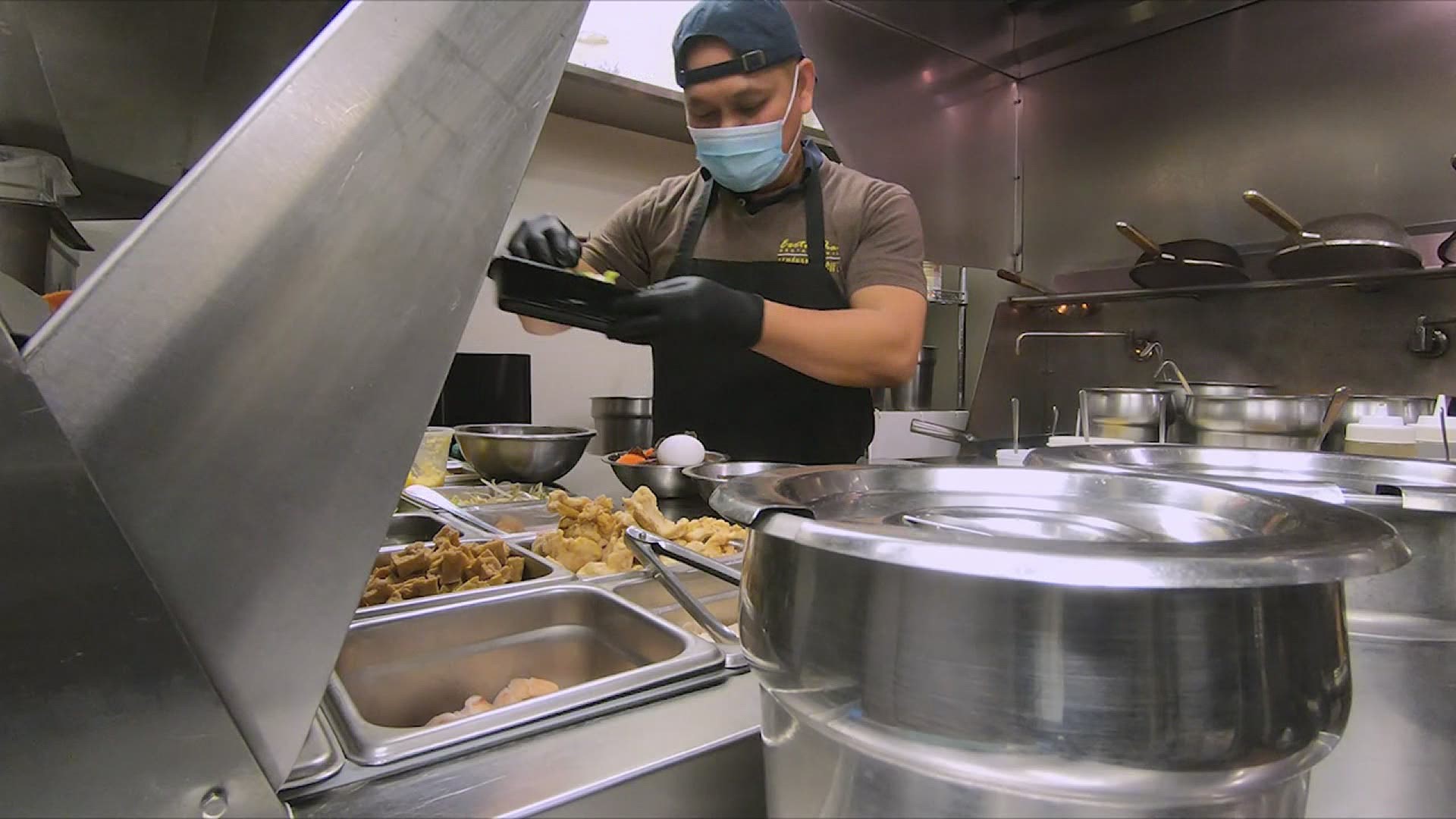 MOLINE, Illinois — The state of Illinois announced Friday that it has made available more than $275 million in Business Interruption Grants to thousands of small businesses, including bars and restaurants that have been restricted from indoor service for months.

Dozens of bars and restaurants in Rock Island County received the grants ranging from $5,000 to $50,000, but local business owners say the grants don't make up for weeks of empty tables.

"Downtown Moline is so quiet, you know?" said Khao Phasuk, a server at LemonGrass Cafe.

A cook could be seen in the hot kitchen preparing one of the restaurant's top sellers, Thai Dirty Rice, during lunch service Tuesday. The trickle of online and take-out orders has been keeping the business afloat.

"This lunch, we've totally slowed down," Phasuk said. "Because a lot of people work from home right now, so they don't want to get out of the house," she said.

The restaurant received $20,000 in round one of the Business Interrupion Grants, used to cover expenses such as rent.

In Silvis, the patio tables and chairs at Barrel House are covered in ice. A Monday Facebook post explained that the owners would not reopen the Silvis location, instead encouraing customers to visit locations in Iowa.

Tier 3 COVID-19 mitigations restricting indoor service took hold across the entire state in November, but Governor J.B. Pritzker said on Monday that some regions could move back to Tier 2 as early as Friday.

However, Tier 2 mitigations also do not allow for indoor service at Illinois restaurants and bars.

"I think that's all we need. Just five tables, maybe?" said Phasuk, gazing at the empty tables stacked in the corner of her restaurant's dining room.