As demand for Covid-19 testing increases, options to find one in the Quad Cities are slim

As more venues and schools require proof of negative Covid tests, there's not many immediate opportunities for people in the Quad Cities. 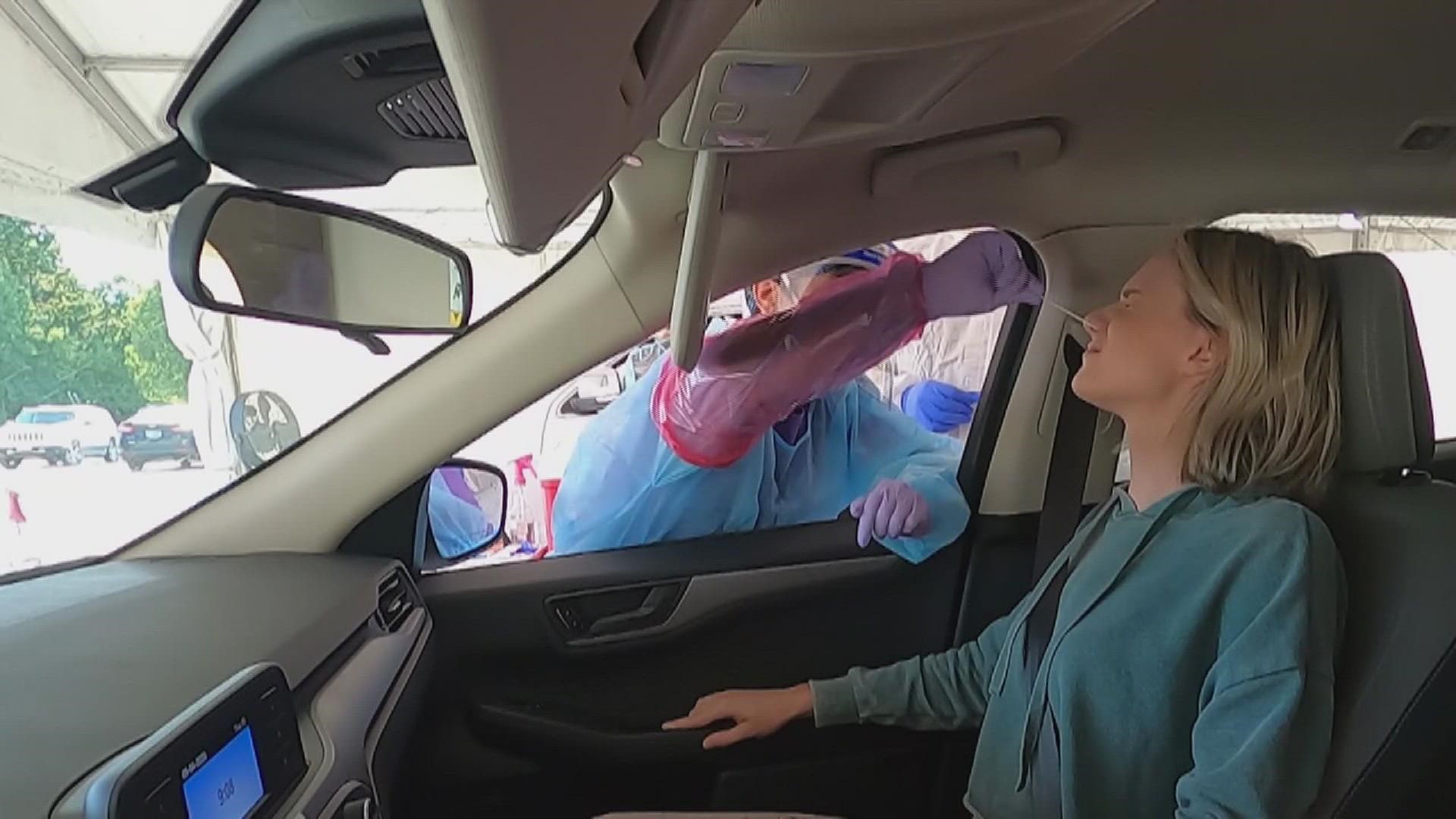 MOLINE, Ill — Far from the days of mass testing sites at places like the TaxSlayer, there are now few local options for people to get tested for Covid-19. This comes as the demand for testing is rising.

Neither the Scott nor Rock Island County Health Department is currently offering in-house testing. Scott County does have take home testing kits available, and says they've had about 60 kits requested each week since the program began in July.

"We do not have a state-run testing facility within 100 miles of here," said Janet Hill, Chief Operating Officer of the Rock Island County Health Department. The same is true on the Iowa side of the river, after Test Iowa was shut down in mid-July. "It's almost like a two-front war, where you have to vaccinate and use those resources. And testing also is very resource intensive."

Instead, people are directed to local pharmacies (including Hy-Vee, Walgreens and CVS) and hospitals.

But as of Tuesday afternoon, there were only a handful of pharmacies in the Quad Cities area that had any testing appointments open. In fact, News 8 found it would take nearly 48 hours before a testing slot opened up at a local location.

And while tests might be more accessible at local health systems, there might be some waiting involved. Genesis Health said they had seen an increased demand of more than 200 tests in the last week alone. Elsewhere in the Quad Cities, walk-in wait times for systems such as UnityPoint, Amana Care Clinic and Just 4 Kids Urgent Care have been reported to be 2-4 hours long.

Hill says in an ideal world, the large testing sites of last winter and fall would be open in the region, seven days a week.

"But that is just not something that the state has decided to do at this point," she said. Hill further stated the county is in talks with the state of Illinois to potentially open up another mass testing site in the area, but no further details of if or when that would happen have been revealed.

This all comes as demand for testing is ramping up, thanks, in part, to climbing case numbers. Several businesses and concert venues have also begun to require proof of vaccination or a negative test.

And a new executive order from Illinois Governor J.B. Pritzker says teachers need to either get the vaccine, or take a Covid test at least once a week.

"We have about 220 staff members at Sherrard right now and we're still gathering information about who's vaccinated and who isn't," he said.

Right now, the district estimates about 20% of staff will need weekly testing, since they aren't vaccinated. That would be around 44 employees each week.

"Our current staff is pretty overwhelmed right now with the testing of the students. So adding a lot of staff members will just add to that burden," he said. "But we're hopeful that we'll be able to hire another staff member for the sole purpose of testing students and staff and we're hopeful that will take care of the problem."

As far as other area districts will handle the testing demand, the Rock Island County Regional Board of Education says they have not received any further guidance from the governor's office about how to best move forward.

RELATED: Genesis Health says it has no available ICU beds for Covid patients