If you build it, will they come? 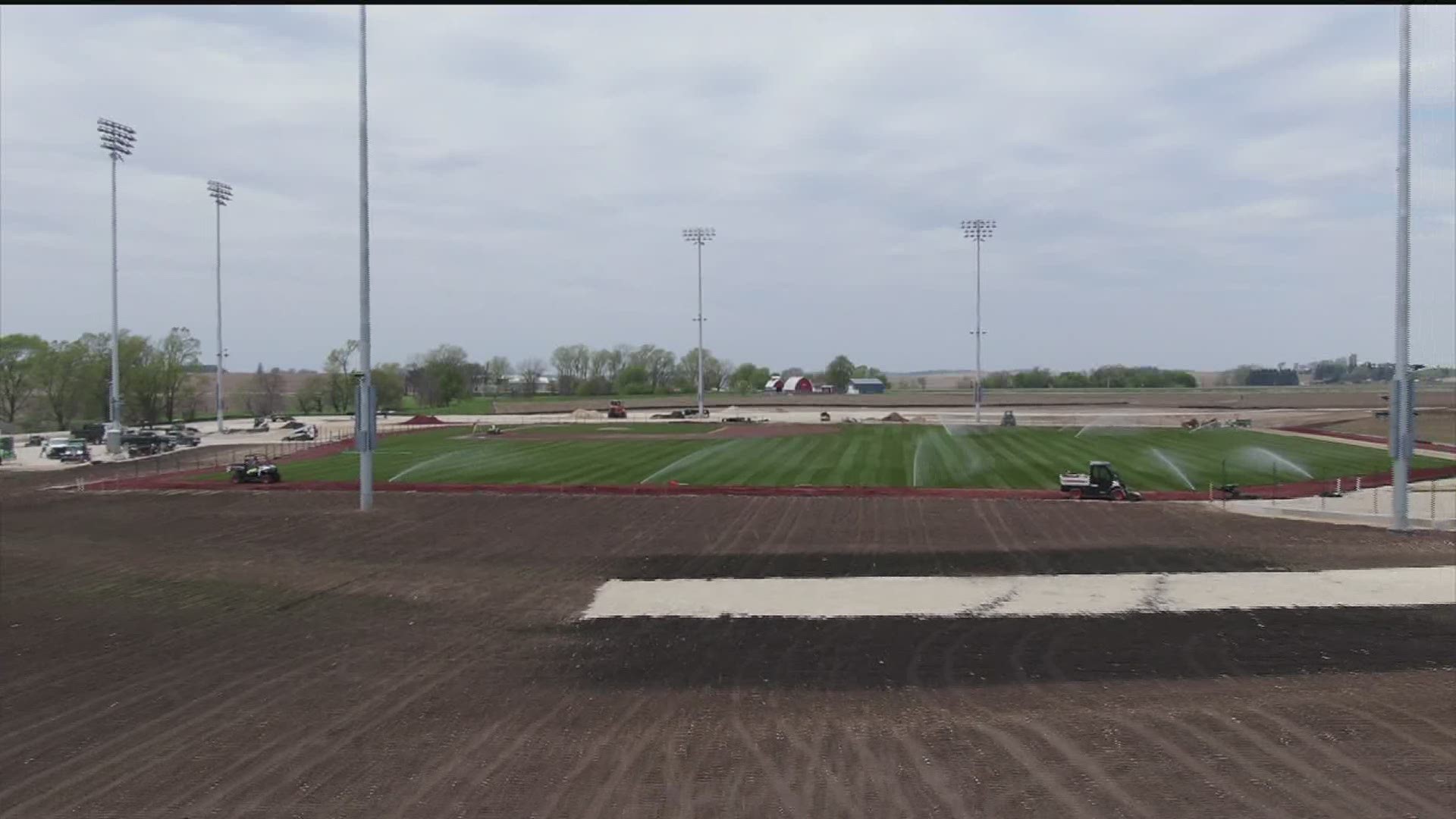 DYERSVILLE, Iowa — Major League Baseball says the Field of Dreams game, set to take place in August between the Chicago White Sox and the New York Yankees, is still on schedule. If it takes place, it will be the first MLB game ever played in Iowa.

People who live in the area say whether the game happens or not they want the business.

Construction crews have been at the movie site since last fall building the new field, which sits next to the original. The crews took a break for the winter, but since April they've resumed work five days a week. As of right now 8,000 people are still expected to show up to the game.

"Overall it has not delayed the process as many would think," says Roman Weinberg, Director of Operations for Go the Distance Baseball LLC at the Field of Dreams Movie Site.

But the question is-  if they build it, will people still come?

"I can't tell you how many hours of sleep I've lost thinking that," Weinberg says.

"We anticipated if there's 8,000 tickets there will be anywhere from 5 to 8 to 10 times that many people coming into the area," says Keith Rahe, President and CEO of Travel Dubuque.

The start of the MLB season is still unknown, but he says he expects fans will not be in attendance.  However, that may not stop them from coming.

"Everyone is taking precautions," Rahe explains. "From restaurants, to hotels, to attractions to gear up for when people are able to start coming again."

Whether fans come or not, America's favorite pastime may still live up to it's glory.

"I can't lie, it would be pretty magical to see just the ball players there with no fans, under the lights at the Field of Dreams just like movie," Weinberg comments.

Tickets for the game have not gone on sale yet.  If the game is called off, many are hoping it will be rescheduled next summer.

There is a four day festival "Beyond the Game" planned around the game, there is still no official call if that will be canceled or postponed.