In September, it was determined that authorities used reasonable force and no evidence of any criminal conduct was found.

Editor’s Note: The video includes raw footage that may be difficult to watch 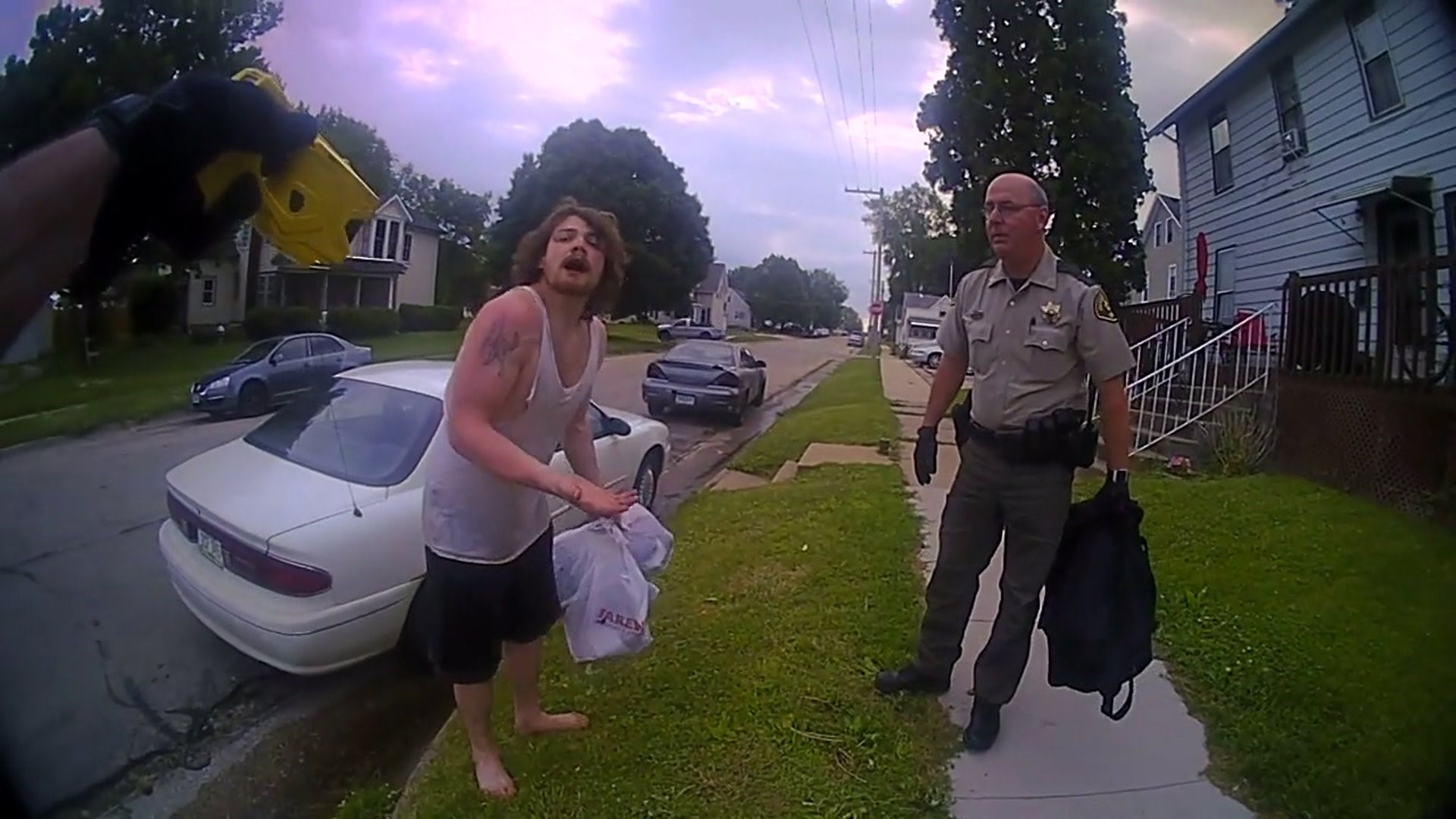 MAQUOKETA, IOWA  -- A Maquoketa family says police used too much force when they arrested and tased 22-year-old Drew Edwards. The family's attorney released police body camera footage from that night.

It's 48 minutes long.  Jackson County Chief Deputy Sheriff Steve Schroeder and Maquoketa police officer Mike Owen respond to a domestic dispute involving Drew Edwards and his brother. Officers spend the first 13 minutes of the video assessing the situation, and seeing what happened. After 13 minutes, they told Drew Edwards they were going to arrest him for assault.

"I'm gonna take you in," Maquoketa Police Officer Mike Owen says in the video. "It's going to be a simple assault. It's a simple misdemeanor."

It takes 13 minutes from the time officers indicate Edwards is under arrest until Owen pulls out his taser, 26 minutes into the video total.

"You and I have always been straight," Jackson County Chief Deputy Sheriff Steve Schroeder said in the video. "I've never treated you wrong and I never will, but this is the way it is."

Officers try to handcuff Edwards on the ground, but Edwards continues resisting, refusing to give officers his second arm. In all, Edwards is tased six times in about 5 minutes total. 37 minutes into the video, officers handcuff Edwards. He is then rolled over and seen unresponsive. Police call for an ambulance and attempt to resuscitate Edwards. Edwards is later pronounced dead at the hospital.

The toxicology report found that Edwards was under the influence of meth, ecstasy and marijuana at the time of his death.

"You can see in the video, he's not a risk to anybody," Attorney representing Drew Edwards' family, Dave O'Brien said. "He's not threatening anybody, he's just going to walk away. Let him go home. Let him cool down, you can go back later and arrest him. He's not a threat to anyone. He never kicks them, never punches them, never hits them. Never does anything except try to get away from them."

O'Brien filed a civil suit against the city of Maquoketa, Jackson County and three law officers in October. It names Maquoketa Assistant Police Chief Brendan Zeimet and Jackson County Chief Deputy Sheriff Steve Schroeder as defendants. O'Brien later says he amended the suit, adding Mike Owen as a defendant. O'Brien says he was not told the name of Owen until after he received the body cam footage.

O'Brien also tells News Eight that Zeimet, Schroeder, and Owen used excessive force. He says the officers used tasers knowing Edwards had a heart condition and that he had previously had an adverse reaction to being tased. O'Brien says Edwards had been tased by police two times prior to the June 15th incident.
Iowa DCI and Jackson County state's Attorney investigated Edwards' death. After a three-month-long investigation, in September, it was determined that authorities used reasonable force and no evidence of any criminal conduct was found.
The city of Maquoketa, Jackson County, Maquoketa Police, and the Jackson County Sheriff's Department declined to comment on the lawsuit to News 8 on January 24th, 2020.