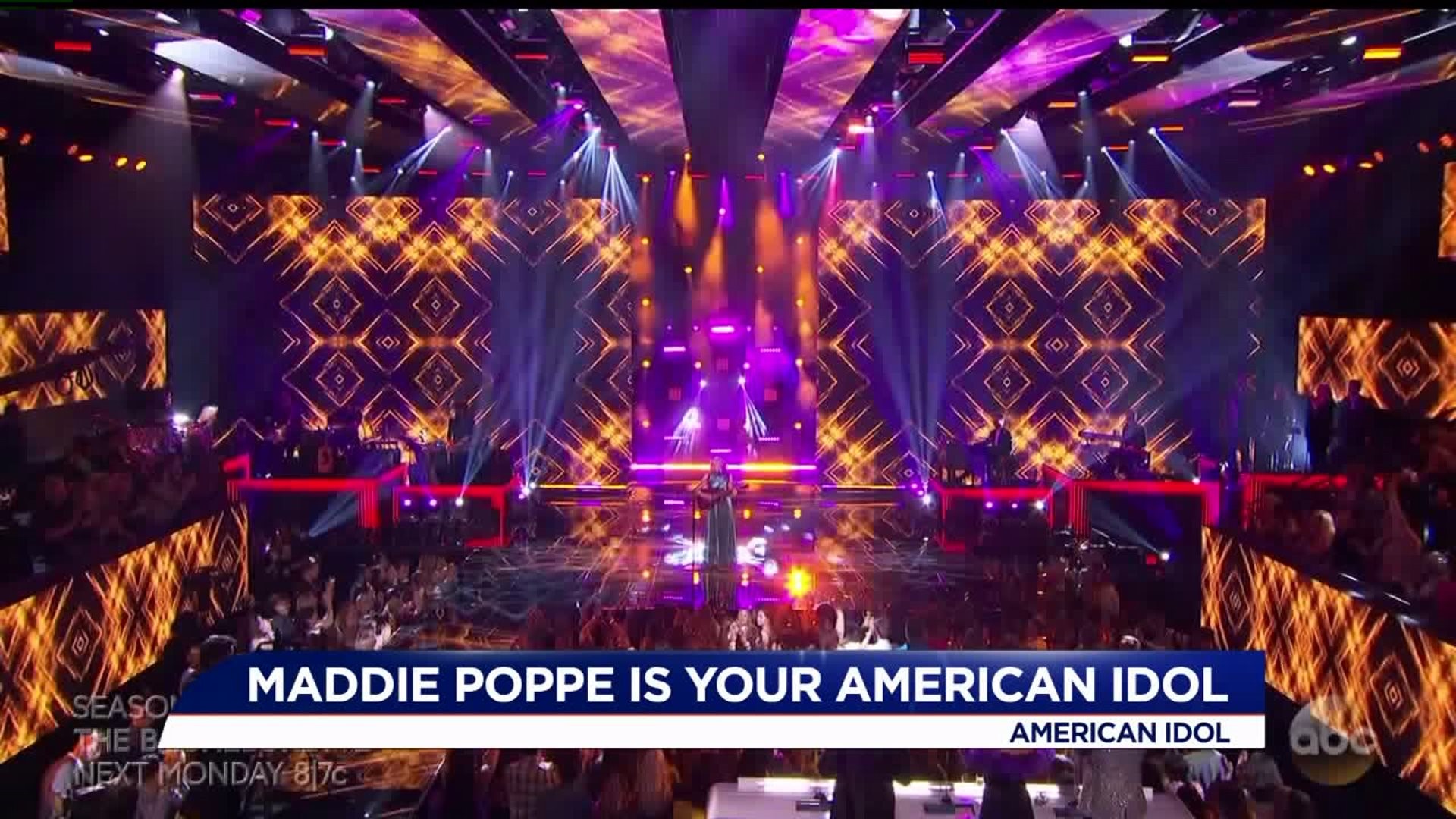 Maddie outlasted 23 other contestants to take the title. She made her final performances Sunday night along with the other two finalists, Caleb Hutchinson and Gabby Barrett. Americans voted for their favorite, and Maddie collected the most votes.

Maddie broke down in tears at the announcement of her victory, and sang her new single, "Going Going Gone."

People in her hometown gathered at Pete and Shorty's to watch the finale. They say they've known she was a star long before the cameras and lights.

Dan Doty said he's known Maddie for awhile because she's friends with his daughter. He said, "we knew she was very talented even as a young kid you know seventh, eighth grade."

Tanner Fenneman said he remembers the first time he heard Maddie sing. "I remember when her and her sister sang it was like wow these girls can sing. And turns out they can."

Young Tanner Lorenz predicted her win before the finale began, saying, "Maddie Poppe is the next American Idol."

And Aidan Doty said, "she's a good singer and all of Clarksville, Iowa loves her."

Mike Kramer said the sky is now the limit for Maddie. "Really fun to watch. A heck of a journey and proud of her."

This article was originally published on KCRG.