How the world is remembering Illinois’ own Hugh Hefner, dead at 91

Hugh Hefner, the iconic personality behind Playboy magazine, passed away on Wednesday at age 91, his media company confirmed. 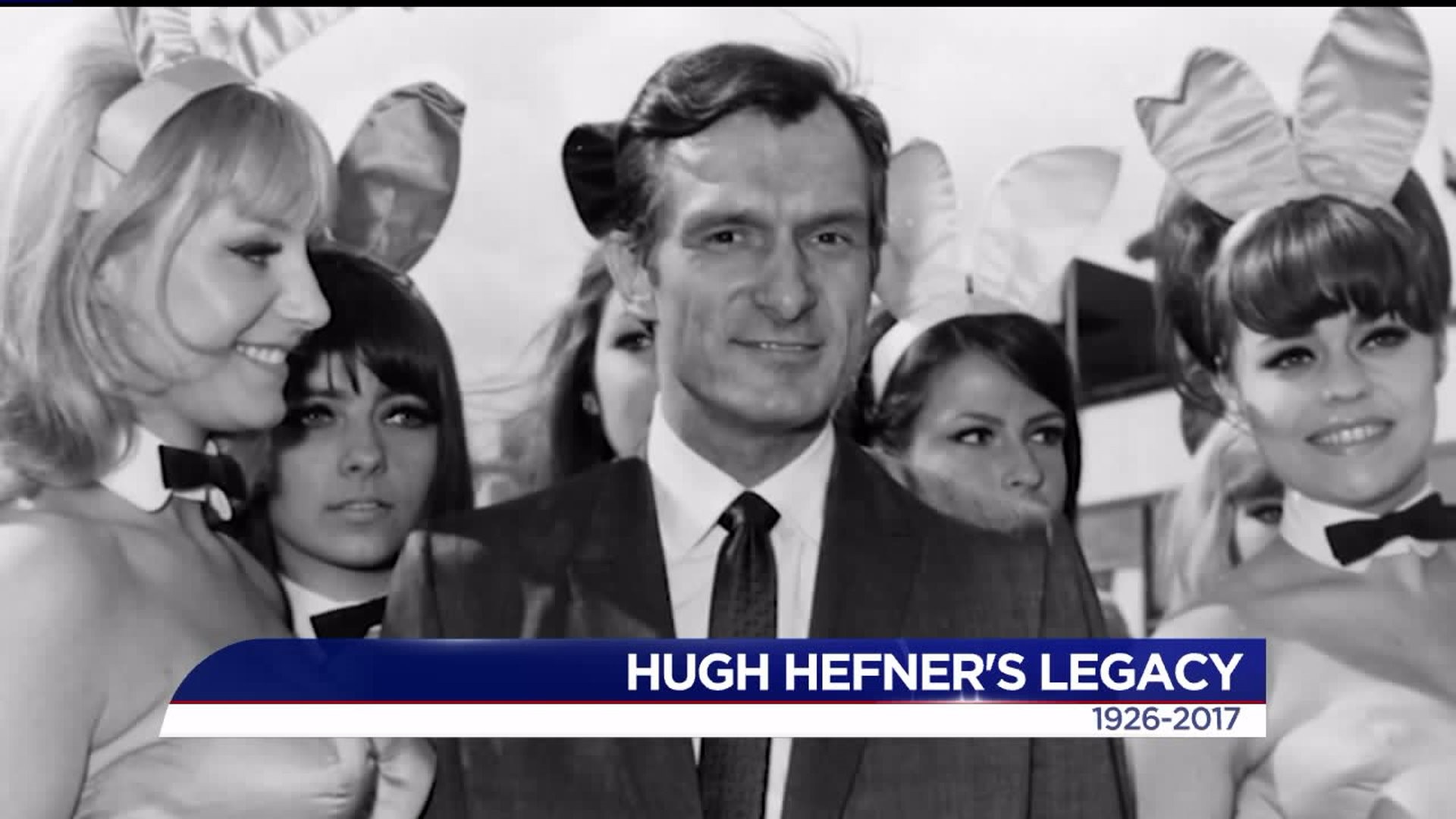 Hugh Hefner, the iconic personality behind Playboy magazine, passed away on Wednesday at age 91, his media company confirmed.

Playboy sent out a statement on Wednesday:

"Hugh M. Hefner, the American icon who in 1953 introduced the world to Playboy magazine and built the company into one of the most recognizable American global brands in history, peacefully passed away today from natural causes at his home, The Playboy Mansion, surrounded by loved ones.  He was 91 years old."

Hugh Martson Hefner was born on April 9, 1926, in Chicago, Illinois.

His entire life, he insisted on being called "Hef."

After a graduating from the University of Illinois Urbana-Champaign in just two-and-a-half years, Hefner moved to Chicago, starting his publishing career as a copywriter for Esquire magazine before launching Playboy, according to IMDB.

He developed the idea for Playboy at his kitchen table on the northwest side of Chicago in 1953, after taking out an $8,000 loan.

The first issue of Playboy hit newsstands that same year and featured a nude calendar photo of Marilyn Monroe. It sold for 50 cents a copy and was published without a date in case there wasn’t a second issue.

That first issue sparked a sexual and cultural revolution.

At its peak in the early 1970's, Playboy magazine was selling seven million copies a month.

In 1971, Hefner moved his Chicago-based empire to Southern California where he purchased the Playboy Mansion West in Holmby Hills, which soon became notorious for its star-studded risque parties.

Hefner sold the mansion in 2016 for $100 million, on the condition that he could live there for the rest of his life.

That's where he died Wednesday night.

Hefner's death is prompting reactions from stars who got their start on the pages of Playboy, like Jenny McCarthy, who called Hefner a "revolutionary" that changed many lives.

RIP #Hef Thank you for being a revolutionary and changing so many people's lives, especially mine. I hope I made you proud. 😓#PMOY 94 ❤️ pic.twitter.com/sF9ARYgEpw

He's also being remembered as a supporter of free speech by Larry King, who called Hefner a "giant in publishing, journalism, free speech, and civil rights."

Hugh Hefner was a GIANT in publishing, journalism, free speech & civil rights. He was a true original, and he was my friend. Rest well Hef. pic.twitter.com/bJ1wxoK4gR

Hugh Hefner was a strong supporter of the civil rights movement. We shall never forget him. May he Rest In Peace. pic.twitter.com/oL3lKLZRQ5

And Nancy Sinatra called him "one of the nicest men I've ever known."

One of the nicest men I've ever known. Godspeed, Hugh Hefner. pic.twitter.com/457cchqskO

Hefner will be buried in Los Angeles, in the crypt next to Marilyn Monroe.

According to IMDB, Hefner once told Esquire magazine, he’d slept with more than a thousand women.

Hefner is survived by his 31-year-old wife, Crystal, and his four children.