CHAMPAIGN, Illinois– The University of Illinois is addressing security concerns by parents and students following the kidnapping of Yingying Zhang. Univer... 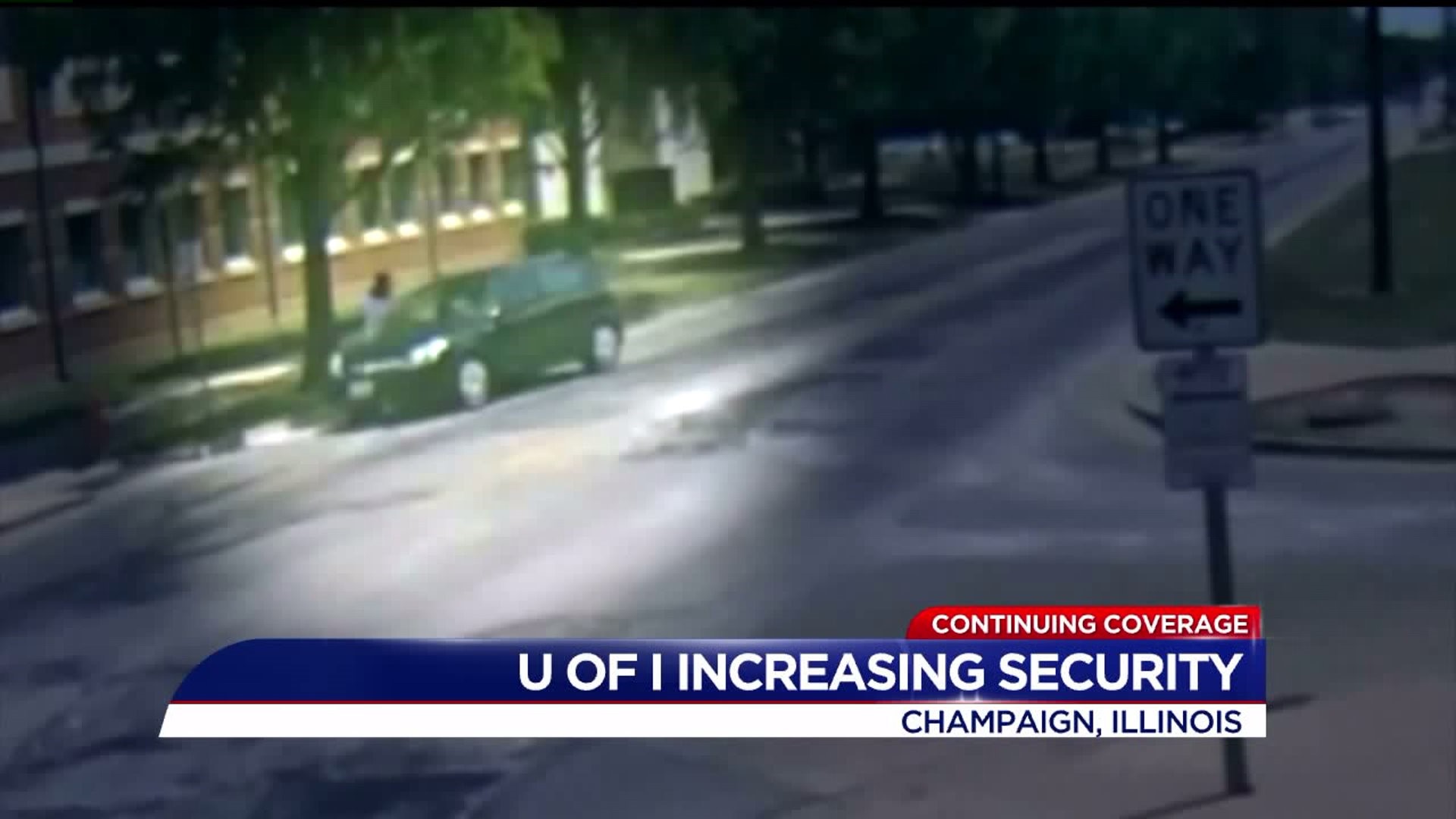 CHAMPAIGN, Illinois-- The University of Illinois is addressing security concerns by parents and students following the kidnapping of Yingying Zhang.

University of Illinois police say the school already has more than 1,600 cameras installed throughout its campus. But many of those cameras are outdated, so they're updating and/or replacing them.

Police say a camera installed above a bus stop was instrumental in capturing video of student Yingying Zhang getting into suspect Brendt Christensen's black car. Without it, the FBI wouldn't have had the information that ultimately led to Christensen's arrest.

But because that camera was outdated, providing a foggy image, investigators say the search for the car took longer than it had to. School officials say they're working to change that.

"We already are buying more security cameras and replacing some of the older ones," a school official explained Thursday. "This camera caught the car, but when we tried to enhance the image to see the license plate number the resolution wasn't high enough to do that."

And the cameras aren't cheap. Each costs between $700 and $3,000, depending on if the school decides just to update the software or replace the entire camera.

No word yet on how the school will fund the new purchases.