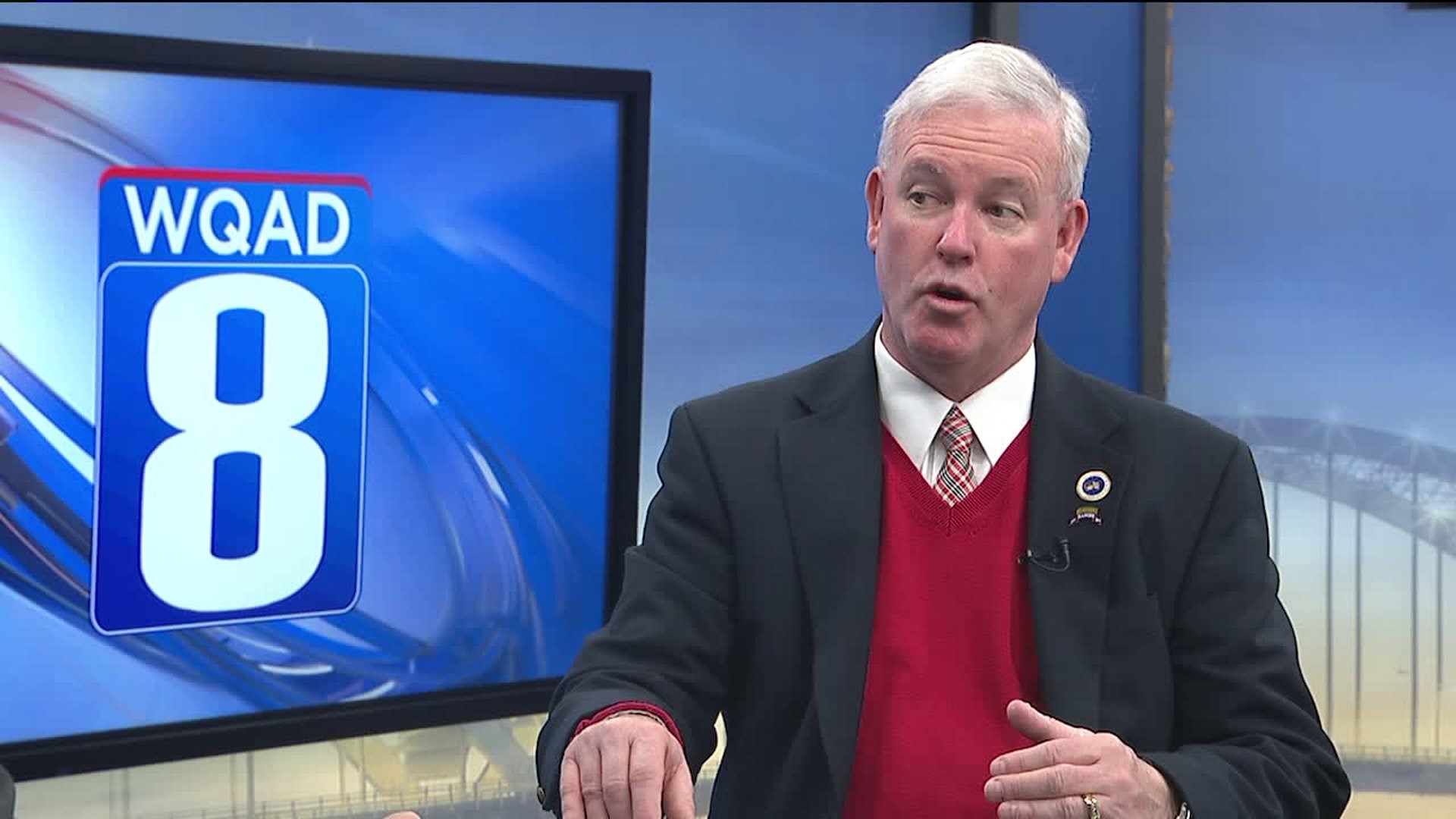 DAVENPORT, Iowa – Davenport's new mayor said he wants to "re-energize" an initiative to fight juvenile crime become a reality in the opening months of his new Administration.

Mike Matson said during "News 8 This Week with Jim Mertens" that he hopes to see creation of a Juvenile Assessment Center as part of a citywide effort to reduce youth violence and stop kids from re-committing crimes.

"We had a good buy-in with a good number of folks: judges, county folk, city folk, law enforcement, and other people."

The Assessment Center was proposed in 2019 as a type of "one stop shop" to offer punishment and counseling for juveniles accused of crimes in Davenport.

"I want to re-energize it and and push it harder to get this going," said Mayor Matson.

Davenport's new mayor also talks about  his top priorities, working with Davenport Schools, and changes in the Civil Rights Commission in a NEWS 8 THIS WEEK EXTRA at WQAD Jim Mertens on Facebook.

Mayor Matson says Police Chief Paul Sikorski has "done a good job" working with with groups dedicated to cutting juvenile crime.  But he says the city Council needs to continue its efforts to cut crime by creating new solutions.

"I'm not saying that we don't still have that, but things wane a bit," he said.

"I'm going to make sure we keep our eyes on the ball."