Surveillance Video: Hotel clerk scares off robber with his own gun

This video shows a hectic back-and-forth between the clerk and the robber, but in the end, the worker stood her ground. 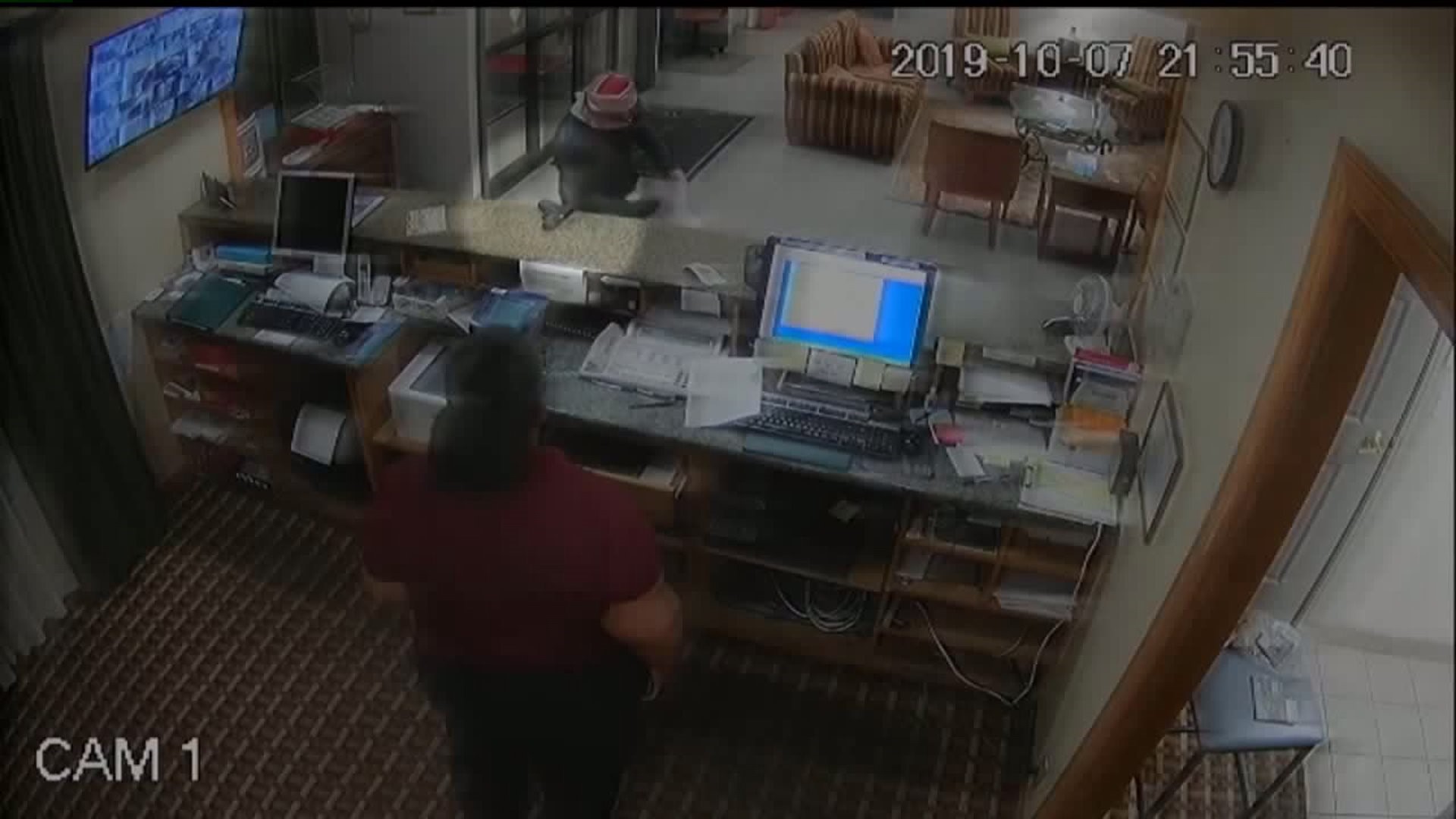 PADUCAH, Kentucky -- A quick-thinking hotel clerk scared off an armed robber with his own gun.

Surveillance video shared by the Paducah Police Department shows the armed robber walk behind the counter of a Country Inn and Suites around 10 p.m. on Monday, October 7.  At first he seemed to be rummaging around when he was confronted by the clerk.  He immediately pointed his gun at the worker and then walked to the front of the counter, where the clerk then appeared to hand over cash.

As the robber was stuffing the cash into a bag he left his gun on the counter next to him, giving the clerk a few moments to grab it and use it against him.

The video shows the robber initially running out the front door as the clerk points the gun towards him.  That appears to be the end of the confrontation, but a couple seconds later the robber returned, seemingly in an attempt to get his gun back.  But the clerk didn't back down.

According to a report by WPSD, a man accused in the robbery, 26-year-old Cory T. Phillips, was arrested and charged with first-degree robbery and receiving a stolen firearm.  The handgun had been stolen from a home back on September 20, according to the police department.