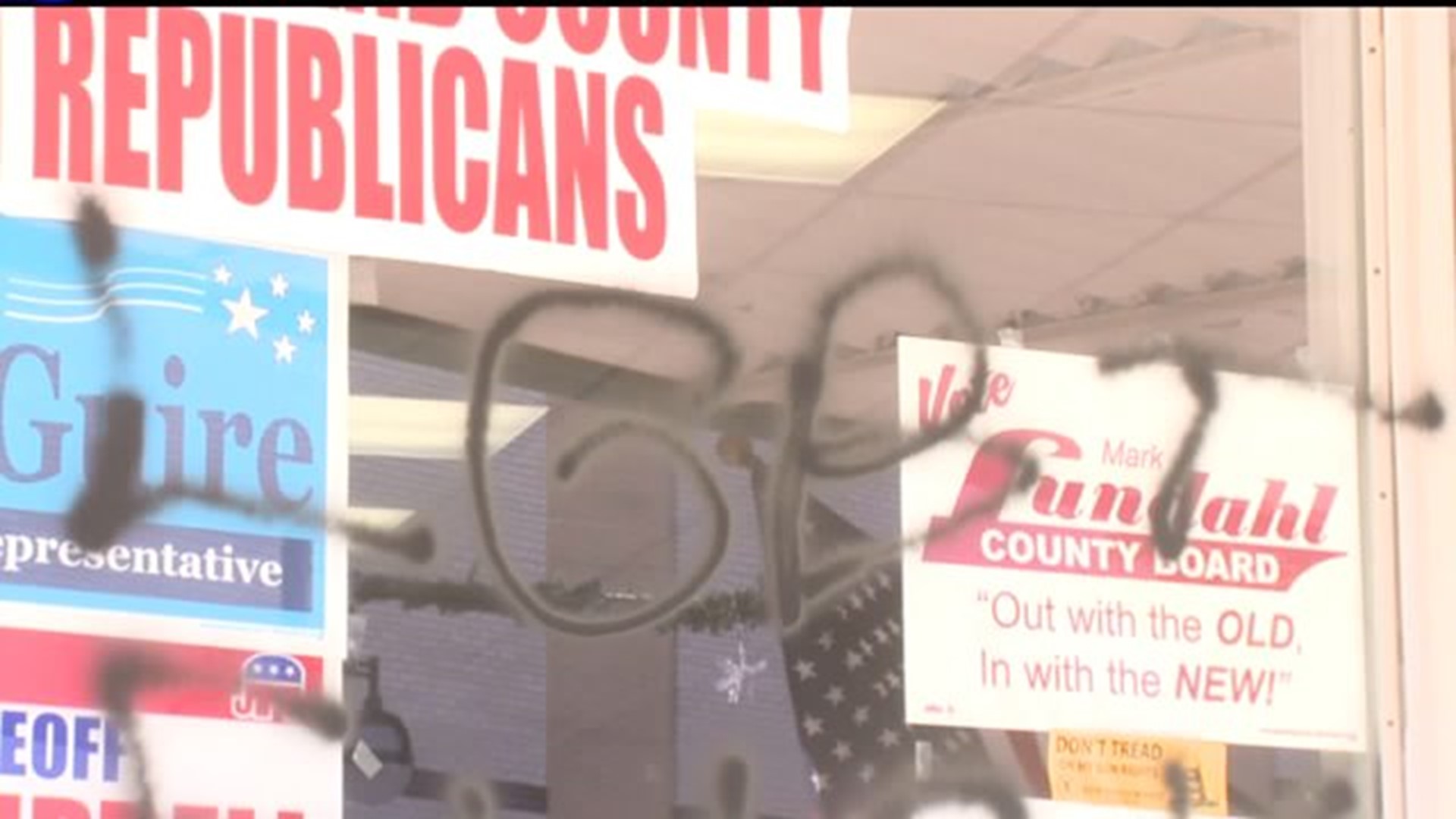 MOLINE, Illinois — The Rock Island County Republican office was vandalized with black spray paint on Friday, Nov. 4. The vandalism was reported to the Moline Police Department around 9 p.m. Friday.

A number of the party leaders were at the headquarters Saturday morning, trying to assess the damage. Party chairman Bill Bloom says he got a text last night around 11 p.m. about the vandalism.

Bloom says this is just one more incident in a long list of sign thefts and vandalism during this 2016 presidential election, this time alleging that the LGBT community is against Trump.

"I don't think they had anything to do with it. I think it was a couple of democrat party hacks who came out here to spray that and create some sort of a problem. It's not going to work, it's not going to happen," said Bloom.

Bloom says he wants to keep the spray paint up on the window through election day on Tuesday as a sign of defiance against people who are trying to fight the campaign.

"As a gay man and Republican candidate myself, I am so disappointed in the ignorance this demonstrates on the part of the perpetrator(s)," said McKinley.

"On a personal level I know there are some within the local Republican party who are not thrilled to have a gay candidate for Circuit Clerk. However, most people have been amazingly supportive of me and my campaign and I have been treated with nothing but respect from everyone else from the party. My campaign is about reforming the obvious stagnation and corruption found in the Rock Island County government, a goal that voters from both sides can agree with."