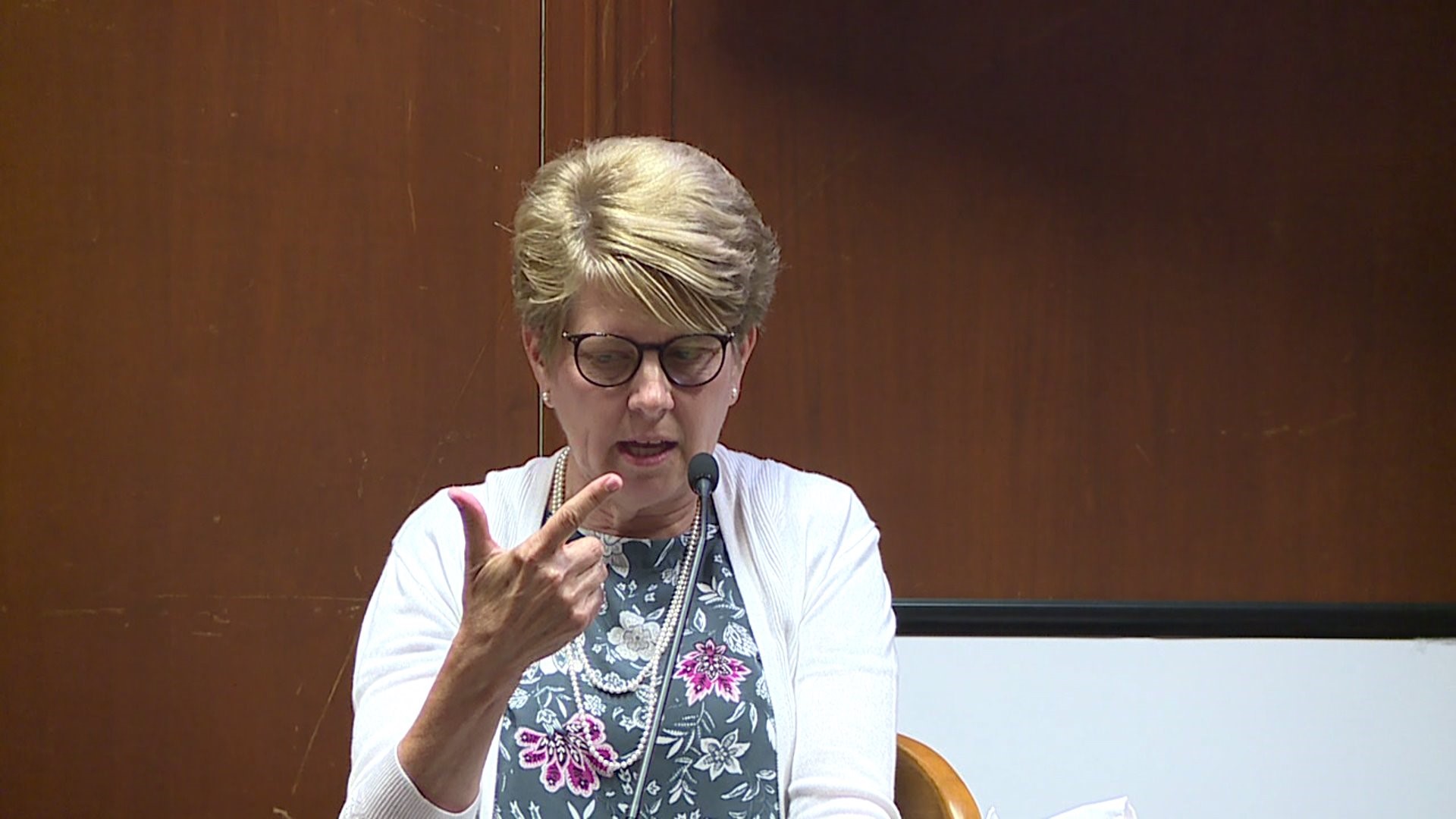 DAVENPORT, Iowa - During an emotional day in court on July 12, a teacher and a former student teacher testified about the day they say 13-year-old Luke Andrews held them at gunpoint inside of a classroom at North Scott Junior High School.

Student Teacher Kaitlyn MacDonald told the court she was taking attendance when she noticed Andrews walk into the classroom late.

She said he pulled out a gun and pointed it at her.

"I had a moment where I accepted the fact that I was going to die," said MacDonald as a jury listened to her testimony.

While being held at gunpoint, the student teacher tried to get social studies teacher Dawn Spring's attention. They were standing in Spring's classroom.

Both MacDonald and Spring testify that Andrews then pointed the gun at Spring.

"He puts the gun up at face level and pulls the trigger," said Spring.

The gun did not go off. Police say the gun's safety was still on.

Spring said Andrews gave the gun a weird look, then pointed the gun at her a second time.

"At that point, my mind said 'oh my gosh, he just tried to shoot me and I better not let that happen again," said Spring while sitting at the witness stand.

Spring worked to get Andrews calmed down, then took him to the school counselor's office.

Working with a counselor, Spring grabs the gun out of Andrews hands and runs it to the main office.

They unloaded the gun and placed the gun in a freezer in a teacher's lounge.

Andrews is charged with attempted murder.

The defense claims he never meant to hurt anyone and was only looking for attention.

Other witnesses on July 12 included students who were in the classroom with Spring and MacDonald on August 31 when the incident unfolded, and professionals who work for the district, and for Davenport Police Department, who gave insight into Andrews online behavior leading up to the incident.

Andrews had reportedly searched images of firearms in the days leading up to the shooting, and bragged to his peers that he was bringing a gun to school.