The robbery occurred on Tuesday, May 29. 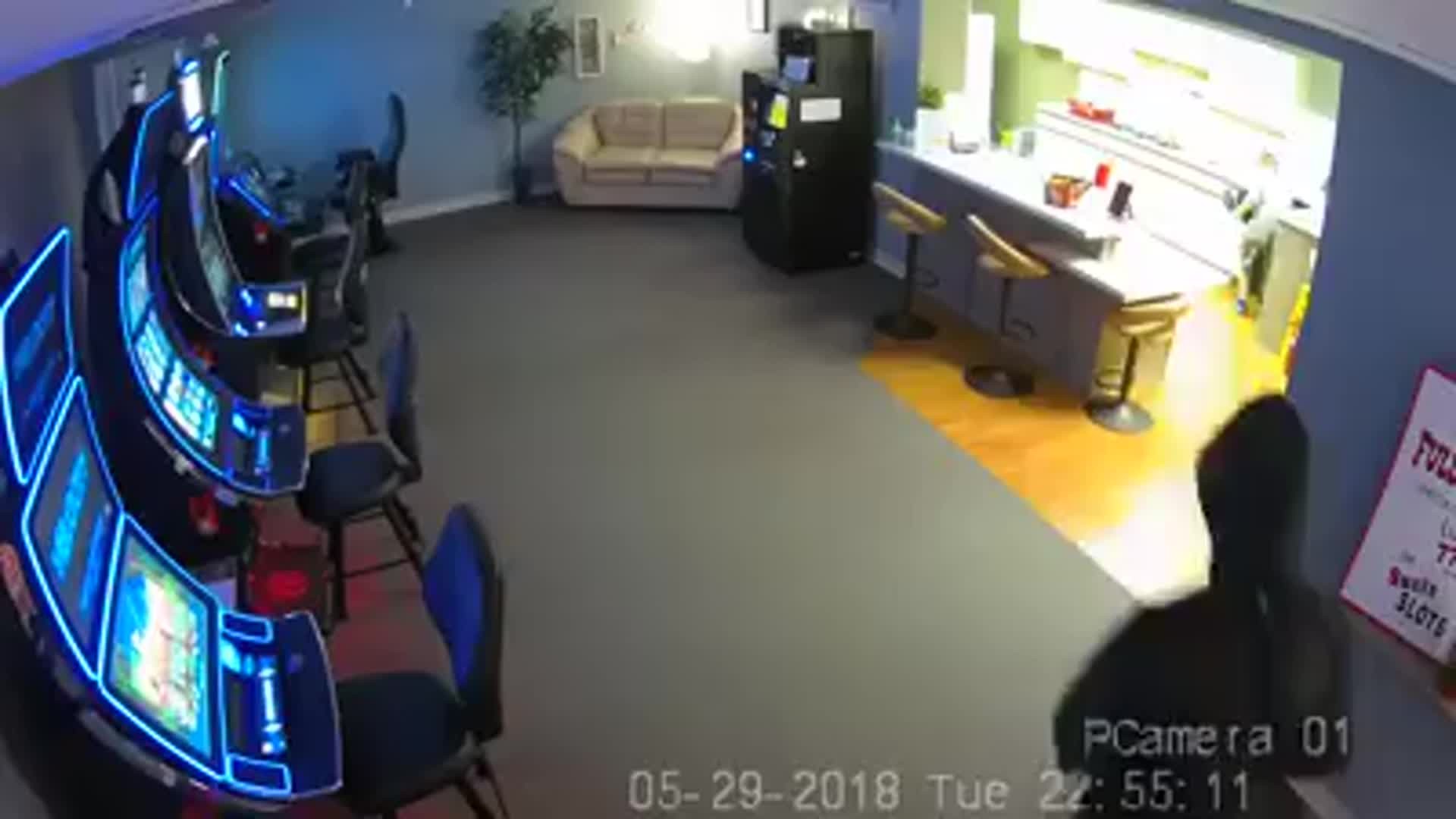 MOLINE, Illinois -- Police are searching for a pair of suspects they say robbed a slot machine gaming business and battered an employee with a firearm on Tuesday, May 29.

The robbery happened at a gaming business in the 2300 block of 41st Street in Moline shortly after 11 p.m. According to the store employee who was injured, two suspects entered the store, struck the employee and unsuccessfully attempted to use crowbars to open up a number of gambling machines. When they could not get one open, they instead stole a small amount of cash from the counter and fled the premises.

The Moline Police Department has released a video of the attempted robbery as well as pictures of a "person of interest" in the robbery attempt.