Police say they arrested the man responsible for robbing the Clinton National Bank. 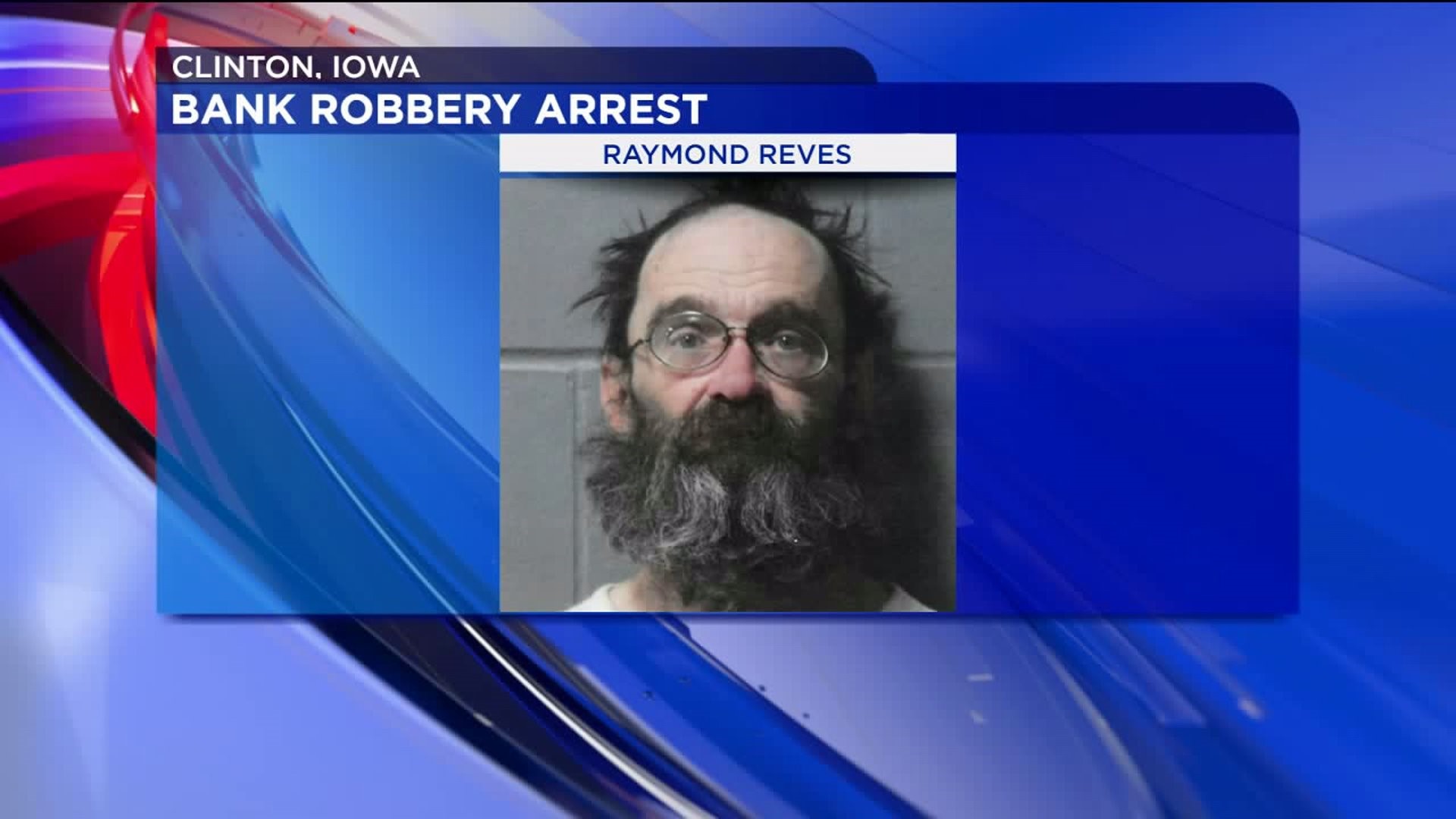 According to police around 3:40 p.m., a man robbed the Clinton National Bank. They say the man entered the bank, demanded money, and then got away with an unannounced amount of cash.

Witnesses were able to give the police a description and they later found someone matching the description near the intersection of 6th Avenue and 4th street around 3:45 p.m.

Police arrested the man identified as Raymond John Reves 57, of Clinton Iowa. He is charged with 1st-degree robbery.