Local reaction as the trial against Derek Chauvin gets under way

"I think the expanded media coverage for this trial is a wonderful thing." 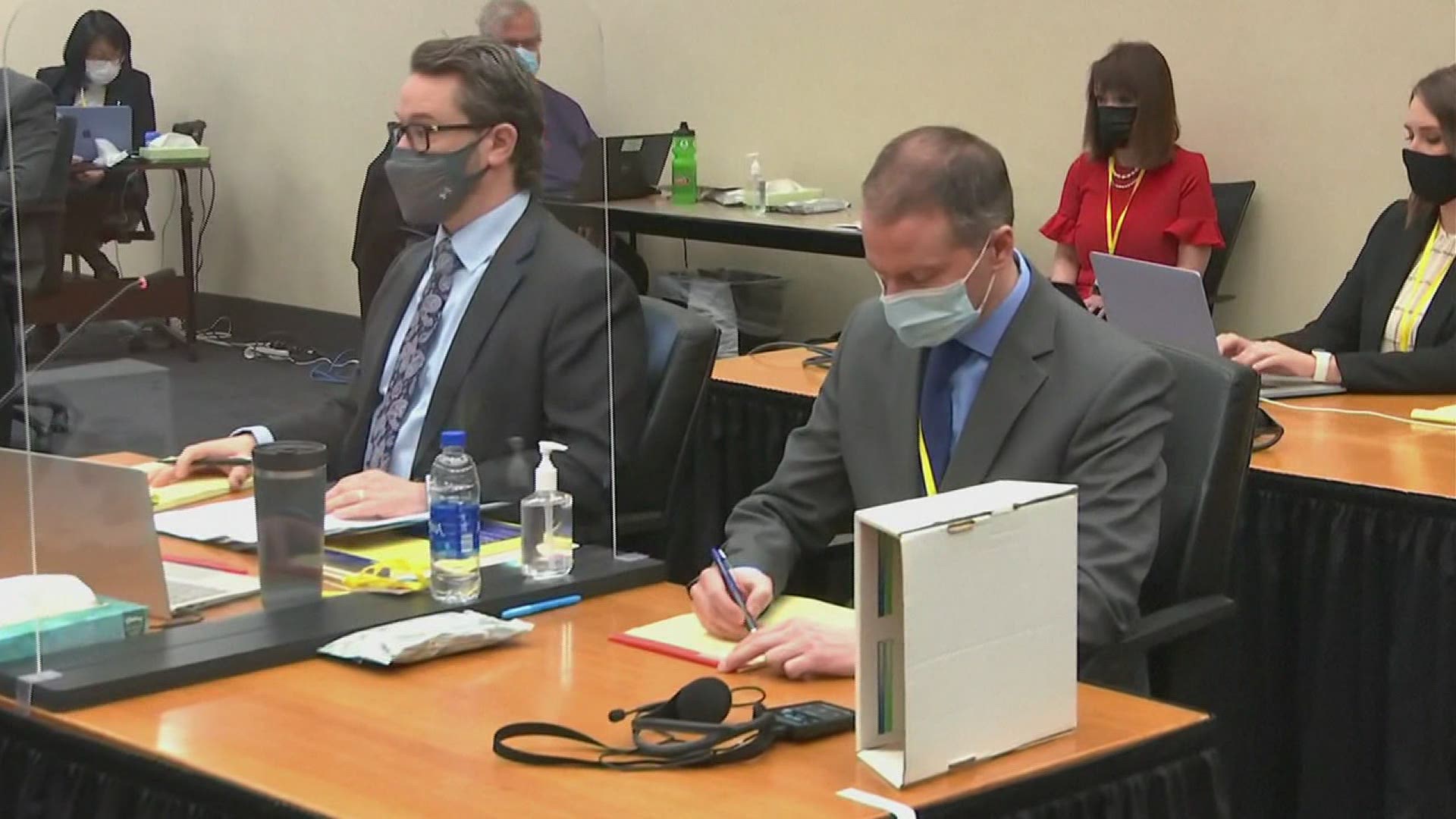 Puryear has spent plenty of time in the court room, and he says the formula is the same no matter the trial. “The burden is always on the prosecution to prove every fact of a case. The defense could sit there silent entirely through the trial, obviously that's a poor strategy to take.”

He says he sees an uphill battle for the defense team saying, “I think in this case the defense is going to try and hang their hat on the idea that the officer’s actions were taken in accordance with his training and that his actions were appropriate. I think that is a very, very hard sell.”

Prosecutor Jerry Blackwell started opening statements in the courtroom today saying, “Mr. Derek Chauvin betrayed his badge.” The prosecution saying the case lies in the nine minutes and twenty-nine seconds that officer Chauvin had his knee on Floyd’s neck.

While defense attorney Eric Nelson opened by saying Chauvin was doing nothing more than his job. Nelson saying, “Derek Chauvin did exactly what he had been trained to do.”

Local attorney Puryear says it’ll be hard for the defense to prove their point due to the video that has been viewed countless times of Chauvin kneeling on Floyd’s neck. Puryear saying, “That's difficult for me to say as someone who normally handles the defense side of cases, but the facts here I think are just so clear. The way officer Chauvin used that force, the way he kept his knee there for 4 minutes after he lost consciousness.”

Tracy Singleton is the executive director of the Lincoln Center in Davenport. The center is a resource center for the African American community in the area. She says she thinks this trial might be one of the most important of this generation. “There is so much riding on this in this time and this day.”

She says it’s not about all officers, but about this specific officer. “At the end of the day it doesn't bring George Floyd back, but his death exposed a lot of what is wrong in our country. It is up to those jurors to decide what is right.”

Singleton says it’s an officer’s job to protect and serve, something she doesn’t think Chauvin was doing at the time he held Floyd down.

Both Singleton and Puryear say they admire people that support the Black Lives Matter movement, but real change comes from holding police and politicians accountable.

Singleton saying, “You can march with me all you want, come to the rallies, support the black community all you want, but what are you going to do to change things once you stop feeling good? I was at the rally that was held in Rock Island where all the politicians, all the police departments, showed up. Everyone said you’re right and then nothing happened but that’s because they’re not being held accountable.”

Puryear echoing that sentiment saying, “A lot of cities have painted Black Lives Matter on their streets, renamed streets after historic Black figures. Those are all nice things but what we need is real service.”