James Love was acquitted Friday of first-degree murder, aggravated battery and discharge of a firearm in the shooting death of Xavier Hartman last June. 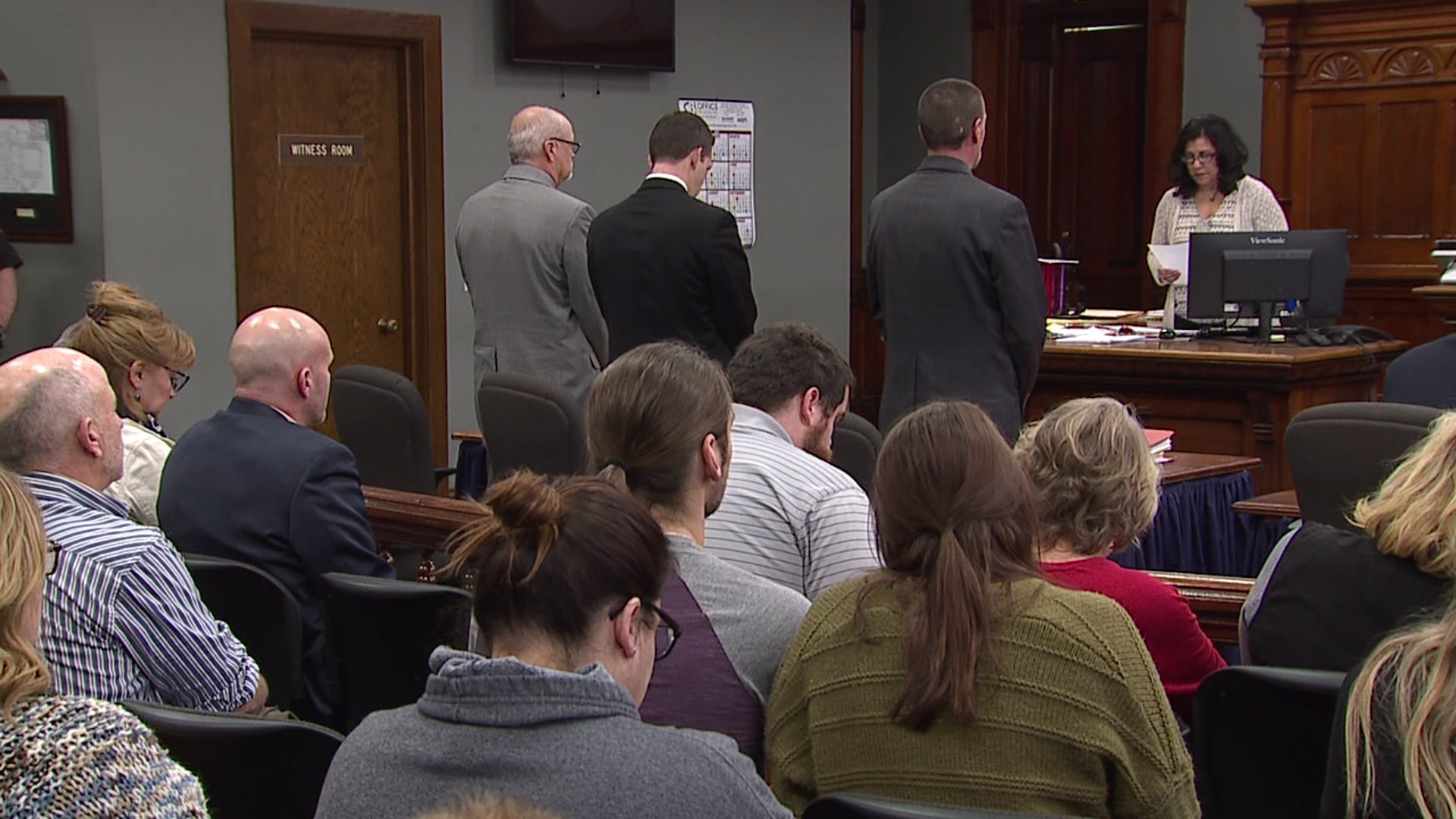 GALESBURG, Illinois -- James Love was acquitted Friday of first-degree murder, aggravated battery and discharge of a firearm in the shooting death of Xavier Hartman last June.

Jury received case at 10:31 this morning. They came back with all three not guilty verdicts in about 1hr and 20 minutes

Love argued that he was acting in self defense when he shot the 19-year-old in the leg in an altercation in the early morning hours of June 19th. The bullet severed Hartman's femoral artery; the autopsy showed that he died of blood loss.

The courtroom was hushed when the judge instructed the clerk to read the jury's verdict. They had returned with a decision after less than 90 minutes of deliberation.

There was little dispute about many of the facts in the case. In their closing arguments, the defense and the prosecution agreed that Love's guilt should be determined by whether or not he was justified in his actions.

Hartman and a friend had crashed a truck near Love's rural home after midnight. Love said he got his gun and went outside to see if he could help. Defense attorney Todd Ringel argued that Love was acting in self-defense against a drunk and angry Hartman, who attacked Love and kept on coming.

"Is it unreasonable to say that you're going to fear for your life?" Ringel asked the jury.

Assistant State's Attorney Andrew Stuckart painted a different picture of the events. He said the evidence shows Hartman was walking away when Love shot him.

"That was no longer self defense," Stuckart said. "He had just become the aggressor in that situation."

Hartman's family and friends, who declined to comment, appeared deflated by the jury's decision. There were no emotional outbursts; some of the victim's family were seen quietly weeping and comforting one another.

"It’s a loss for Xavier. Not for myself. Not for the State’s Attorney’s office," said Assistant State's Attorney Brian Kerr.

Love's attorney said there were no winners in this case. But, he said, the facts were on Love's side.

"I think the whole story, when you looked at it logically, reasonably, just made sense," said Ringel.  "And I think those 12 at some point just went, ‘If that was me, I’d probably do the same thing.'”

The state's attorneys said while they disagreed with the jury's verdict, they respected their decision.