Video captured on a school bus seemingly shows an altercation between the driver and a student. The driver has been accused of child endangerment and assault. 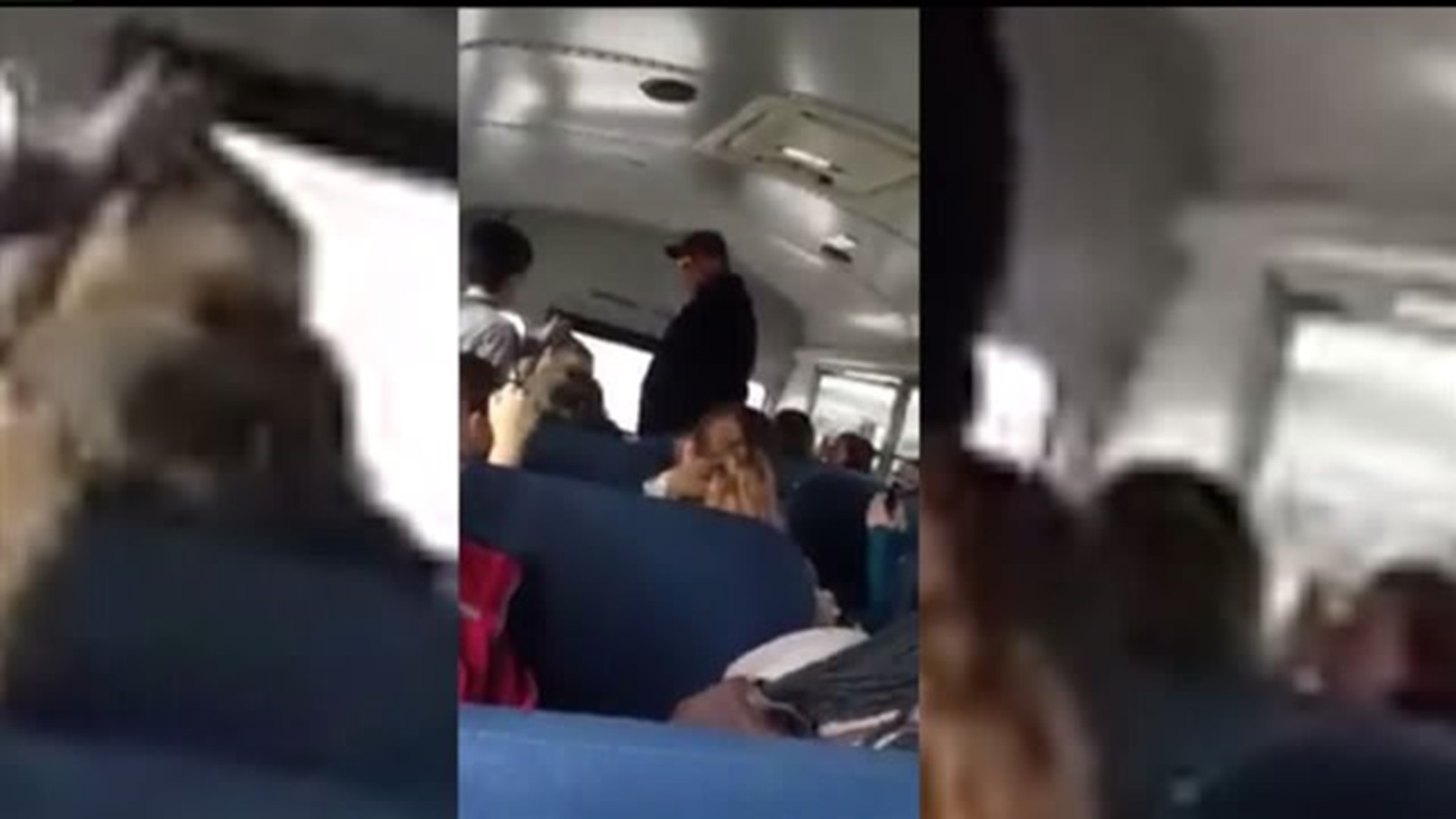 Video captured on a school bus seemingly shows an altercation between the driver and a student. The driver has been accused of child endangerment and assault.

The incident happened Thursday afternoon, October 29, 2015 in Johnston, Iowa, according to a statement from the Johnston Police Department.  The driver, identified as 60-year-old Robert Scarbrough from West Des Moines, reportedly stopped the bus when a 15-year-old special needs student wasn't following instructions about a seating assignment, police said.

Police said Scarbrough then struck the student in the head and pushed him onto the floor.

The incident happened on a middle school bus, according to a statement from the Johnston Community School District.

In the video, which police say was taken by a student on the bus, you can hear children yelling at the bus driver. The video also shows the driver yelling back at the students. (See video below)

According to police, Scarbrough then drove to the next stop, where several students got off the bus and reported the incident to a Polk County Sheriff's Deputy nearby.

According to the Des Moines Register, the student involved in the altercation got medical treatment at the scene and was released to his parents.

Online records show that Scarbrough was booked into the Polk County Jail at 3:49 p.m. Thursday. He was charged with child endangerment/no injury and assault causing bodily injury and was being held on $2,000 bond.

In their statement the Johnston Community School District said "in the video, it appears as though the driver made a series of poor choices regarding how to handle the student's behavior."

The statement also said "students who were on the bus or saw the video may be unsettled by what they witnessed." The school district has arranged for counseling staff to be available Friday, October 30 and the next week for students who want to talk about the incident.

Scarbrough had been placed on administrative leave, according to the statement.

Warning: Video below contains language and content that may be disturbing to some viewers

This Johnston bus driver hit and yelled at a special ed kid this made me cry😭😭😭 pic.twitter.com/0LKpZdpVKC