Officials say that Yeager drove into town to inflate the pool at a friends’ house and had her two young daughters ride inside of the empty pool to hold it down ... 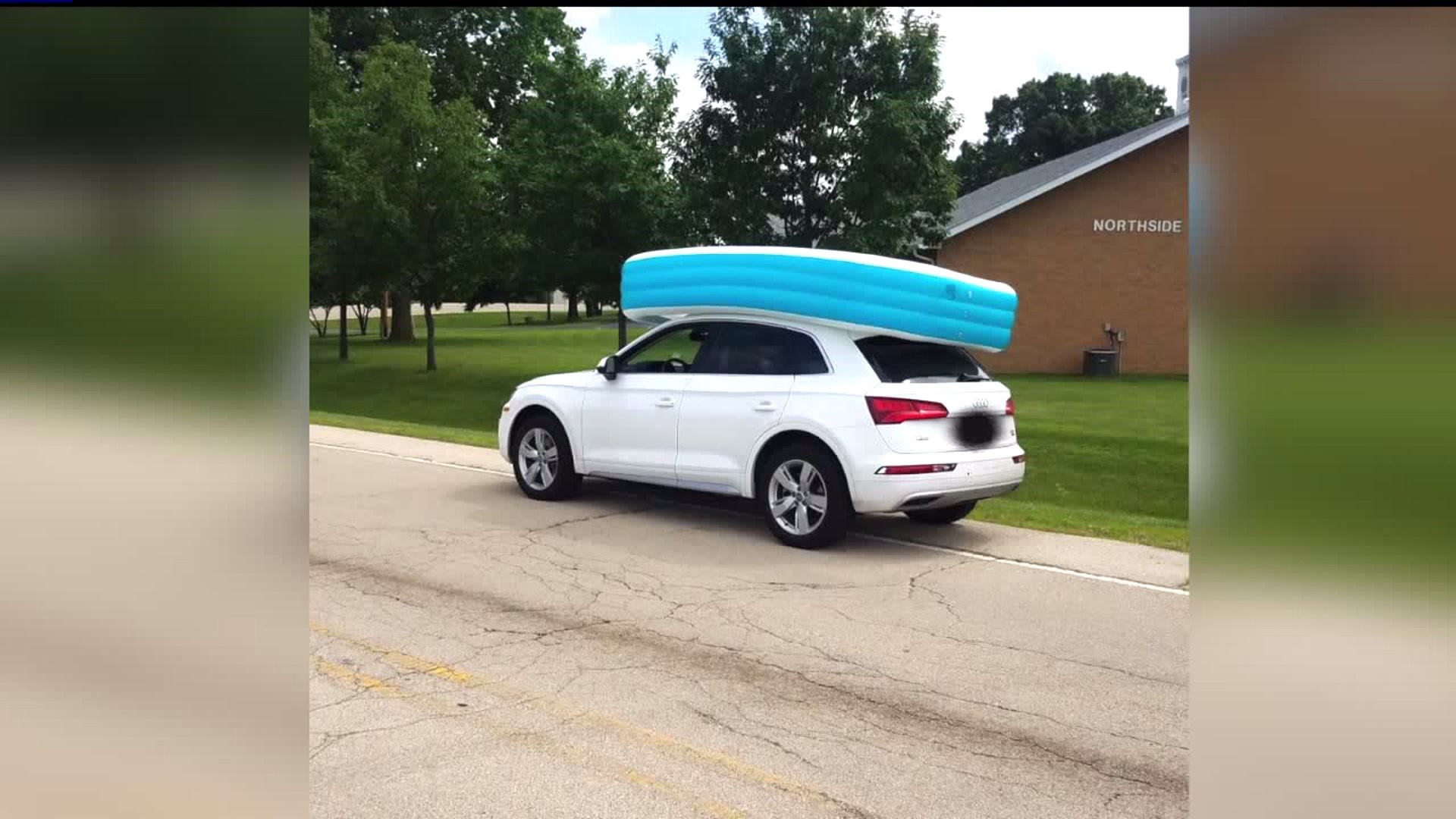 DIXON, Illinois- A Dixon mother was arrested after concerned residents noticed she was driving around with two kids on the roof of her car (inside) of an inflatable pool. The photo has since gained national attention.

"When I read it, I thought it was a joke at first," Arisha Hubbard says. "But then I read it and I was like, 'Oh no. They're serious.' Someone had their kids in a pool on the top of their car"

Police say Jennifer A. Janus Yeager,49, was driving westbound on Illinois Route 2, just west of Palmyra Road with a blue inflatable pool on the roof with two children inside of the pool.

Officials say that Yeager drove into town to inflate the pool at a friends’ house and had her two young daughters ride inside of the empty pool to hold it down on their drive home.

"Maybe a little bit much to get arrested, but it's kinda dumb," Dylan Schmitz says. "Yeah, she just should've strapped it down with some twine."

"If I was the kid that was on top of the van in the swimming pool, it would be a blast because we're moving and we're in a pool," Wesley Betty Says. "But if you look at it from a parent's perspective, like I am, then that's just not safe and you can get into a severe accident."

Yeager was transported to the Dixon Police Department where she was processed and released after posting bond.

Hubbard wanted to give her the benefit of the doubt.

Who knows," she says. "We don't really know what she was thinking. Maybe she thought that's what was best or (least) time-consuming at the time." 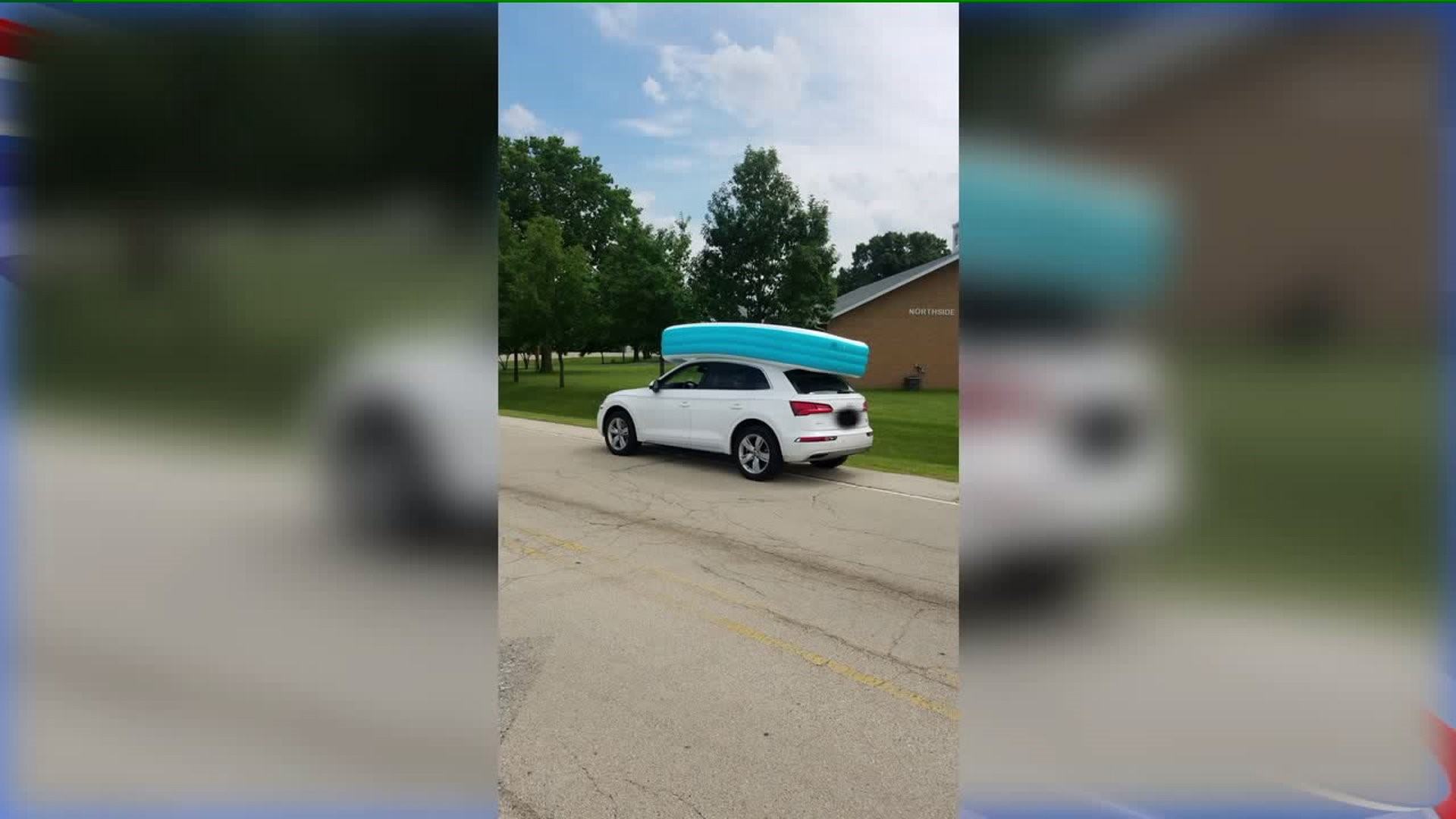