She was taken into custody after a short foot pursuit. 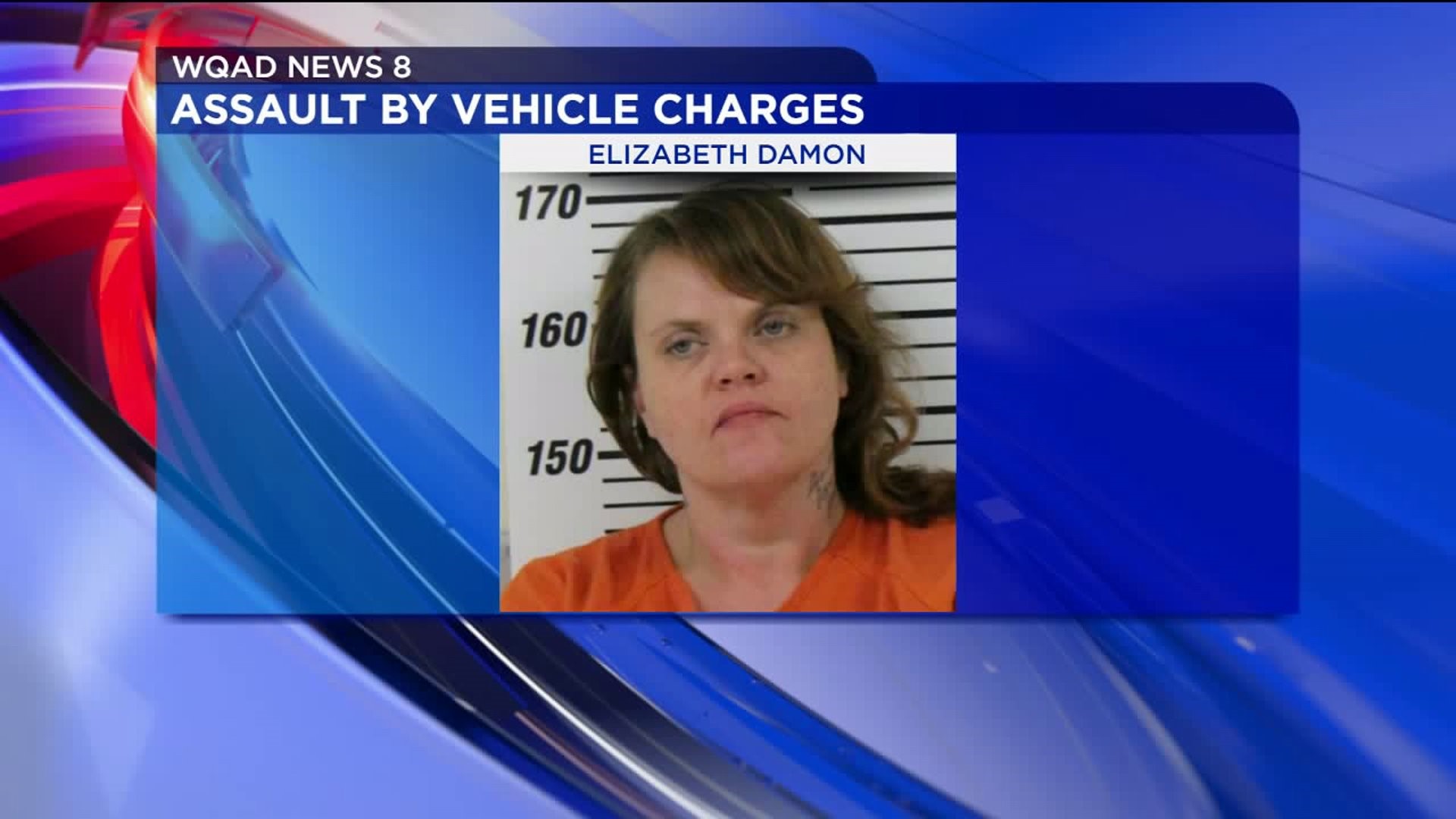 DAVENPORT, Iowa- Police have arrested a Davenport woman after they say she assaulted her own mother, rammed a squad car and nearly hit a police officer.

Elizabeth Damon was transported to the Scott County Jail and charged with assault on an officer, criminal mischief 2nd degree, domestic assault, and numerous traffic violations after police were called to the 1400 block of West 13th street in Davenport for a civil committal.

Police say around 9:50 a.m. they found Elizabeth Damon assaulting her mother, after they entered the house she tried to escape out the back door.

Police found her several minutes later in the 1300 block of W 13th street.

When police moved in to arrest her she jumped into a Dodge Caravan and intentionally backed into a marked squad car then onto the sidewalk in the direction of a uniformed Deputy.

She escaped police at that time.

However at 11:20 a.m. deputies found Elizabeth as she returned to her residence.

She was taken into custody after a short foot pursuit.