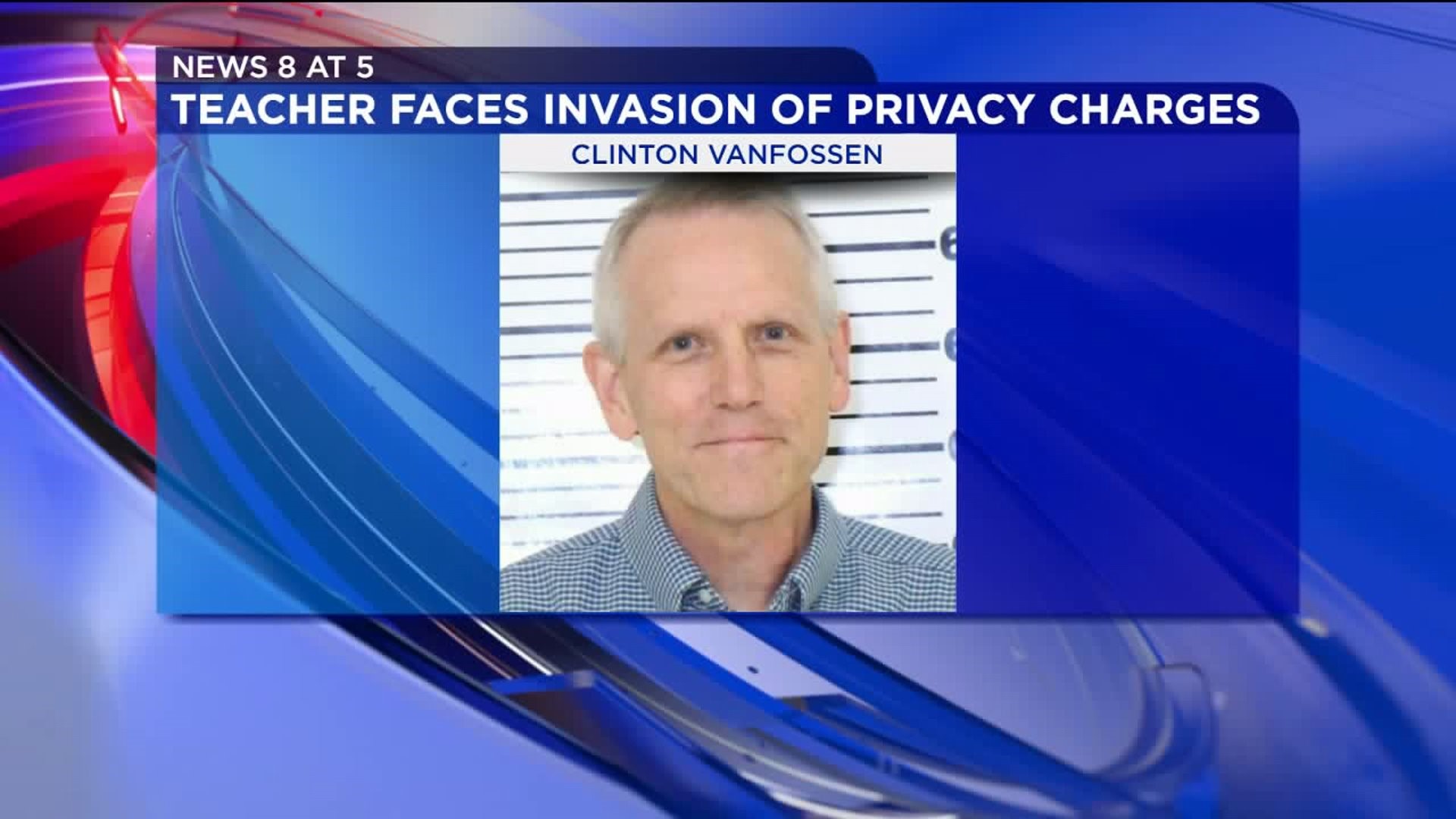 Clinton VanFossen, 58, was arrested at his Bettendorf home around noon Friday. A spokesman for Davenport Community Schools said VanFossen was placed on paid administrative leave earlier this week while the investigation continues.

The Bettendorf Police Department received a tip from the National Center for Missing and Exploited Children (NCMEC) two weeks ago that said a teenage female was being filmed while naked, or partially naked, without prior knowledge.

Bettendorf Police Chief Keith Kimball said during the investigation, police discovered the victims were not teenage females, but were adult women.

Police went to 58-year-old Clinton VanFossen's home in Bettendorf on Jan. 7, 2020 and reportedly found two hidden "spy" cameras fashioned to look like smoke or carbon dioxide detectors, according to a police affidavit from Chief Kimball.

One camera was in the ceiling of a bedroom and the second was in the hallway ceiling just outside of the bedroom.

VanFossen said he was unaware the detectors were different from others in his house, according to the affidavit. The affidavit said video footage from October 2019 shows VanFossen adjusting the direction of the camera and the camera systems were frequently accessed on a cell phone app.

After police told VanFossen about the tip and that they found the cameras, he allegedly bought a new phone at a store in Davenport, Iowa. The affidavit says VanFossen likely destroyed the original phone to prevent police from discovering evidence.

Police found video with audio footage that showed women who stayed in the bedroom in various states of nudity from Dec. 26, 2019 to Jan. 4, 2020, the affidavit said. The victims said they did not know they were being recorded or give consent, according to the affidavit.

Chief Kimball said he is unsure how worried Davenport West parents should be about their student's science teacher.

"I don't know if parents should be worried," Chief Kimball said to News 8 in a phone interview. "I don't want to say no. It's hard when people are into this behavior; you just don't know. I would be concerned, but we will just let the investigation continue."

VanFossen was charged with five counts of invasion of privacy (nudity), one count of electronic and mechanical eavesdropping and one count of obstructing prosecution for destroying his cell phone.

All of the charges are misdemeanors.

Police ask those with information about this incident to call the Bettendorf Police Department at (563) 344-4015 or email Chief Kimball at kkimball@bettendorf.org.

"This is even more important because there might be more out there," Chief Kimball said.

This is a developing story and will be updated.