A Davenport man was arrested and jailed after attacking two officers with a knife while they were trying to restrain him. 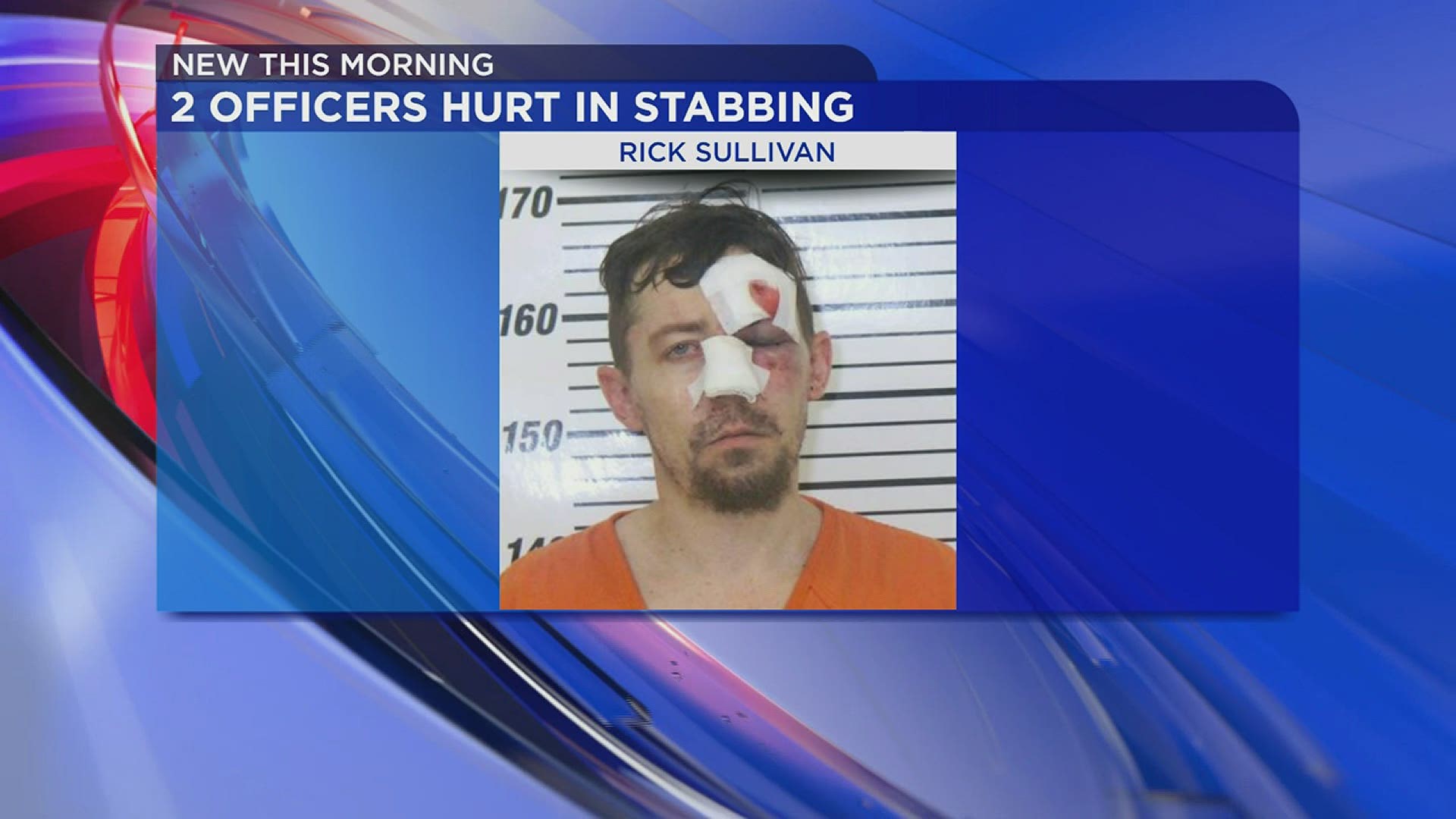 DAVENPORT, Iowa — Rick Sullivan is being held without bond after assaulting two police officers with a knife.

Investigators say officers responded to a home off Cresthill Drive for a domestic situation at about 10:53 a.m.

According to the Sullivan's mother, he threatened her with a butter knife before pushing her down into a coffee table and threatening to kill her.

When officers arrived, they found Sullivan lying on a couch in a basement with a large knife in his hand. They ordered Sullivan to drop it several times, but he refused. When they finally got the hand holding the knife secure, Sullivan grabbed another that he'd been hiding under a sheet and swung.

One officer was slashed in his left bicep. The other was stabbed twice in his right forearm. No word on their condition. The mother did not sustain serious inuries.

Sullivan was arrested and is being held in the Scott County Jail.