High-profile supporters on both sides of a controversial death penalty case are still trading barbs, after Nathaniel Woods was executed Thursday night. 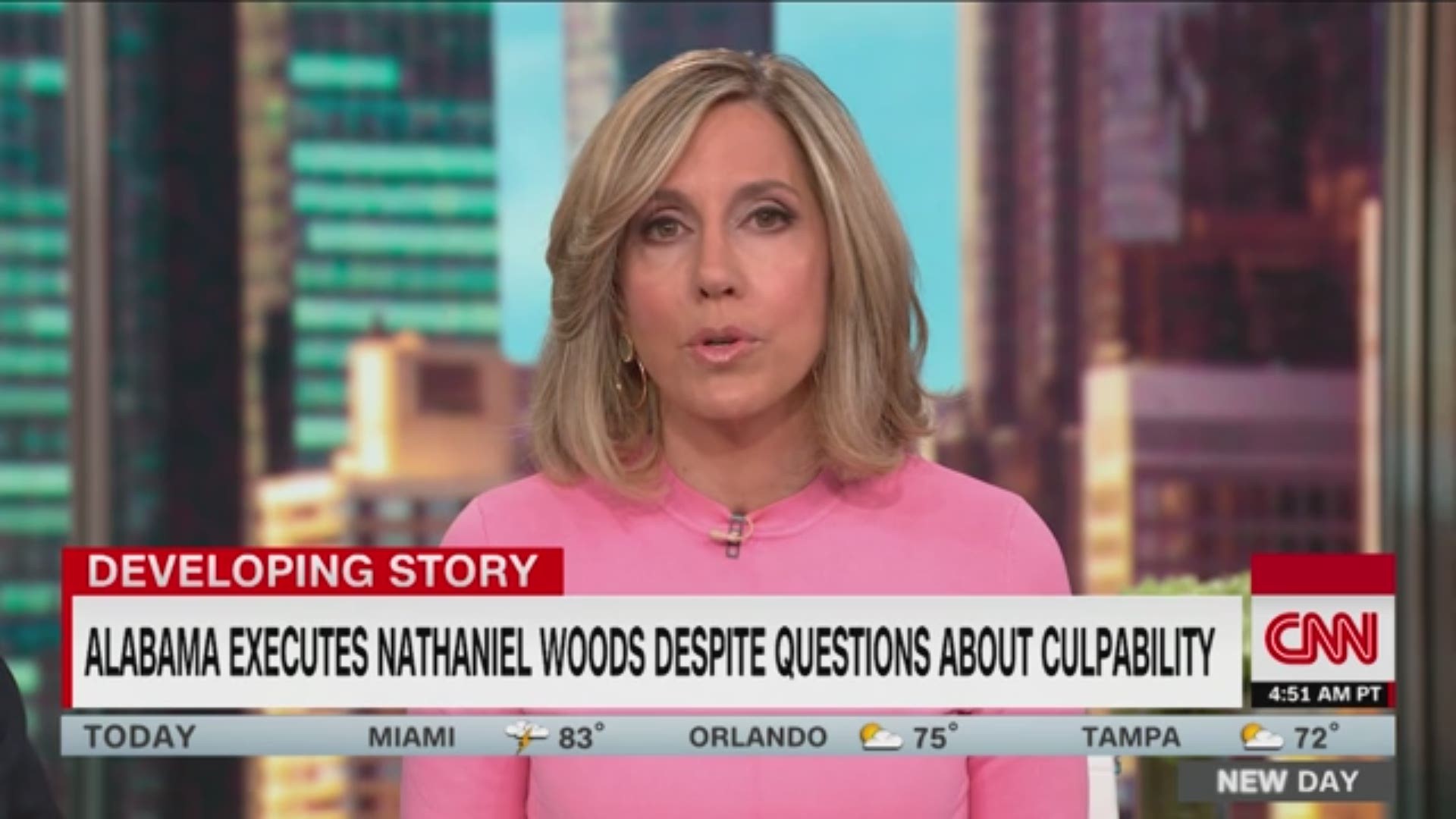 High-profile supporters on both sides of a controversial death penalty case are still trading barbs, even after Nathaniel Woods was executed Thursday night in Alabama.

Convicted in 2005 in the killings of three Birmingham officers, Wood's co-defendant, who fired the shots, had claimed since his arrest that Woods didn't have a gun and ran away when the firing began. Beyond questions about his culpability were doubts he was adequately represented at trial.

"The actions of the US Supreme Court and the Governor of the State of Alabama are reprehensible and have potentially contributed to an irreversible injustice," Martin Luther King III, the son of the civil rights icon, wrote on Twitter of Woods' execution.

"It makes a mockery of justice and constitutional guarantees to a fair trial."

"We are crushed that Nate experienced this grizzly injustice and crushed for his family," King wrote on Twitter. "This is a modern day lynching. He broke no laws, at all. Never fired a gun. And surrendered."

A relative of one of the officers killed, meantime, described the execution as a step toward justice.

"Partial justice has been served today for our families. One cop killer down as we patiently wait for the next one," said a statement read by Starr Sidelinker, Harley Chisholm III's sister, on behalf of her sister, Rhonda. "No petitions could stop this day from him taking his last breath."

Also slain were Charles Bennett and Carlos Owen. Another officer, Michael Collins, was shot in the leg and survived.

Alabama Gov. Kay Ivey, a Republican who refused to stop the execution, said Thursday night that Woods was an "integral participant in the intentional murder of these three officers." She described him in her statement as a "known drug dealer."

"There is no evidence, and no argument has been made, that Nathaniel Woods tried to stop the gunman from committing these heinous crimes," she said. "After thorough and careful consideration of the facts surrounding the case, the initial jury's decision, the many legal challenges and reviews, I concluded that the state of Alabama should carry out Mr. Woods' lawfully imposed sentence this evening."

Hours before Woods' death, the US Supreme Court temporarily halted the execution but later denied a stay.

Woods did not make a final statement and was pronounced dead at 9:01 p.m., the state corrections department said.

Kerry Spencer, Woods' co-defendant who is also on death row, wrote a letter from prison proclaiming Woods was "100% innocent. I know this to be a fact because I'm the person that shot and killed all three officers."

"Don't allow another innocent man to be executed if you can do something to put a stop to it," he wrote. "This is my most fervent prayer."

Up until Woods' final moments, activists and advocates had flooded social media, urging state leaders to put a stop to the execution.

"Nate will die for a crime another man confessed to and say Nate had nothing to do with," Kim Kardashian wrote on Twitter. "My heart and prayers are with Nate and his family and all the advocates who worked tirelessly to save his life."

Woods' sister told AL.com he had nothing to do with the killings.

"We do feel really bad for what happened that day. We don't wish that on anyone, for their family to have to deal with that. It was very unfortunate that the shooter did what he did. But the main point is that Nathaniel had no parts in those actions of another man, Kerry Spencer," Pamela Woods told the news outlet.

"Simply being at the wrong place where someone else shows up and then starts firing at police officers is not a reason to assign culpability to someone else," he told CNN affiliate WBRC.

RELATED: Why a Georgia death row inmate is asking for execution by firing squad over lethal injection

Spencer told CNN that he alone shot the three officers in June 2004, when they stormed the crack house he was sleeping in.

Spencer woke up, saw the officers from the window and walked outside to find Woods emerging from the kitchen, he said In a phone interview from William C. Holman Correctional Facility in Escambia County.

"When I looked to the side, there was two police officers trying to train their guns on me so I opened fire with the f***ing rifle. I wasn't trying to get shot, period. I got a rifle in my hand. They're going to shoot me," Spencer said.

Spencer didn't care that the men were police officers, he said. "You point a gun at me, b*tch, I'm fixing to shoot."

"When I opened fire, Nate jumped as if he was getting shot, you understand? And once he seen he wasn't getting shot, when I kept firing, that n***a took off," he told CNN.

But state Attorney General Steve Marshall said Woods was not innocent and said his punishment was just.

"The falsehoods are the descriptors 'surrendered' and 'innocent': Neither apply whatsoever to Nathaniel Woods, whose actions directly caused the deaths of three policemen and injury to another," Marshall said in a statement the day before the execution.

"Justice is set to be carried out tomorrow. The only injustice in the case of Nathaniel Woods is that which was inflicted on those four policemen that terrible day."