One person has been pronounced dead after an altercation and police shooting in Rock Island. 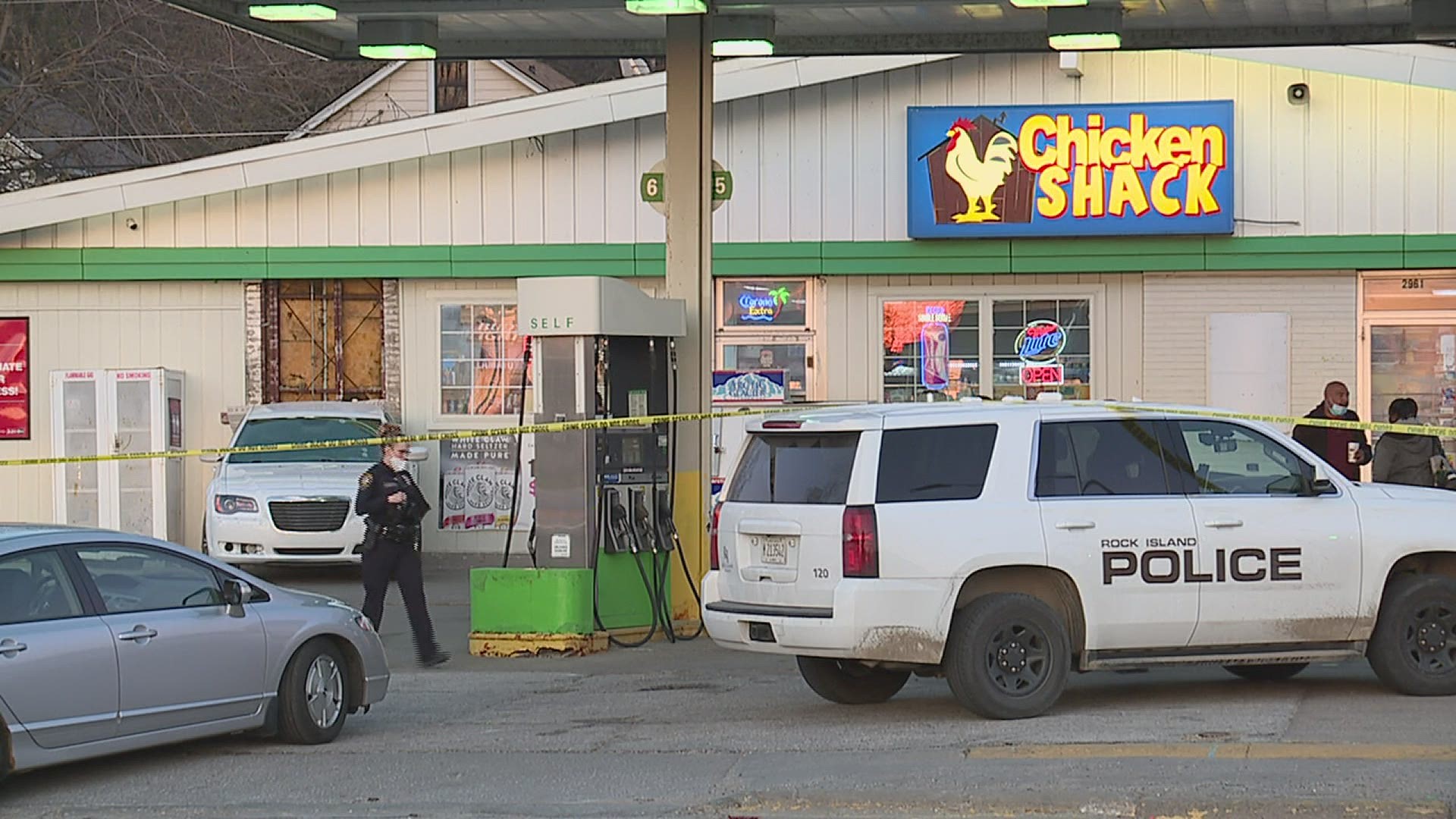 Gustafson identified the man shot by police as 25-year-old Rock Island resident Deshawn Tatum. The primary cause of death was found to be gunshot wounds to the head and chest.

Officials say that more information will be released in about 4 weeks.

UPDATE 4/2 (3:11 p.m.): A Facebook post from the City of Rock Island went into more detail about the incident.

According to officials, the incident began at about 6:19 p.m. when police observed a wanted suspect that they considered armed and dangerous in the area of 12th and 30th Streets.

The report says that officers approached the man, who began to flee. Police noted that he was in possession of a handgun and began to pursue.

The previously detailed altercation that resulted in the injury of three officers and the suspect followed suit.

Per standard protocol, the involved officers have been placed on administrative leave while during the investigation headed by the Rock Island County Integrity Task Force.

The RICTF are processing evidence and interviewing witnesses, and say that it is currently too early to share video evidence and more specific details.

The identity of the involved officers has not been released.

UPDATE 4/2 (3:35 a.m.): Rock Island Police say they shot and killed a wanted suspect Thursday evening, April 1st, after the person tried fleeing from a scene in a stolen car.

Police say "multiple officers" were dragged as the person they were chasing, stole a vehicle from a woman, tried backing it up, and ran it into the Kum & Shop building, at 11th Street and 31st Avenue. When the suspect put the car in reverse, officers fired their weapons, hitting the suspect.

Police say three officers and the suspect were taken to UnityPoint Health Trinity. The suspect later died of their injuries. The officers have been treated and released.

A handgun was recovered at the scene.

Crime scene tape was wrapped around the Kum and Shop gas station. Authorities directed traffic away from the scene.  It was recommended that the public avoid the area.

At the scene there was a white car with bullet holes through the front windshield.

In unconfirmed reports from the Quad City Fire Wire Facebook page, two officers were reportedly injured in a shooting that took place there.  Police have not yet confirmed what took place.

The Moline Fire and Police Departments are at the scene, along with aid from other police departments and the Rock Island Arsenal.

Around 8 p.m. it was reported that a large group of people had assembled at Rock Island Trinity Hospital and were standing under the awning of the Emergency Room entrance.  There was no official word on whether these two incidents were connected.

Around 9 p.m., Rock Island County Coroner Brian Gustafson confirmed that one person had been killed in the incident. An autopsy has been scheduled for April 2. The name of the deceased has not been released.

This is an ongoing story. WQAD will provide updates as they become available.