The wait is over: Iowa-bound I-74 bridge finally opens to traffic

The opening of the Iowa-bound lanes is a milestone in the $1.2 billion dollar project beset by delays

BETTENDORF, Iowa — Commuters who often cross the Mississippi River via the old Interstate 74 bridges may have grown accustomed to rubber-necking at the construction of the complex basket-handle arch bridge just to the east.

"Sometime in the wee hours of the morning," said I-74 Bridge Corridor Manager George Ryan Wednesday, November 11th, during a sneak peek for local media. "So much safer than it's ever been, and designed to be maintenance free for 100 years. The project is just an awesome project."

On Wednesday a light rush of work trucks and construction vehicles could be seen rolling up and down the new deck. The bridge is still crawling with skilled workers, hanging on the outside railings and squeezing in and out of the arches to install electrical connections.

Though the project has been beset by delays due to record floods, contractor disputes and its very complex design, the new bridge marks a major improvement over the existing twin steel suspension bridges. Transportation officials say they are too old, too narrow, and overused.

"What you have here is a beautiful, iconic structure," Ryan said.

In a few weeks, all interstate traffic will move to the new bridge.

"We'll actually put the eastbound traffic on the new westbound lanes on the other side of the barrier that you see here," Ryan said.

Crews could be seen quickly assembling the temporary concrete barrier, roughly dividing the bridge in half. It will remain until the twin eastbound bridge is finally completed sometime in late 2021.

"It will be a lot safer than it has been in a long time here in the Quad Cities," Ryan said.

Once interstate traffic is removed from the existing bridges, they will remain in use as a local connection between downtown Moline and Bettendorf. The old bridges will finally be demolished -- likely by explosives -- when both new bridges are complete. 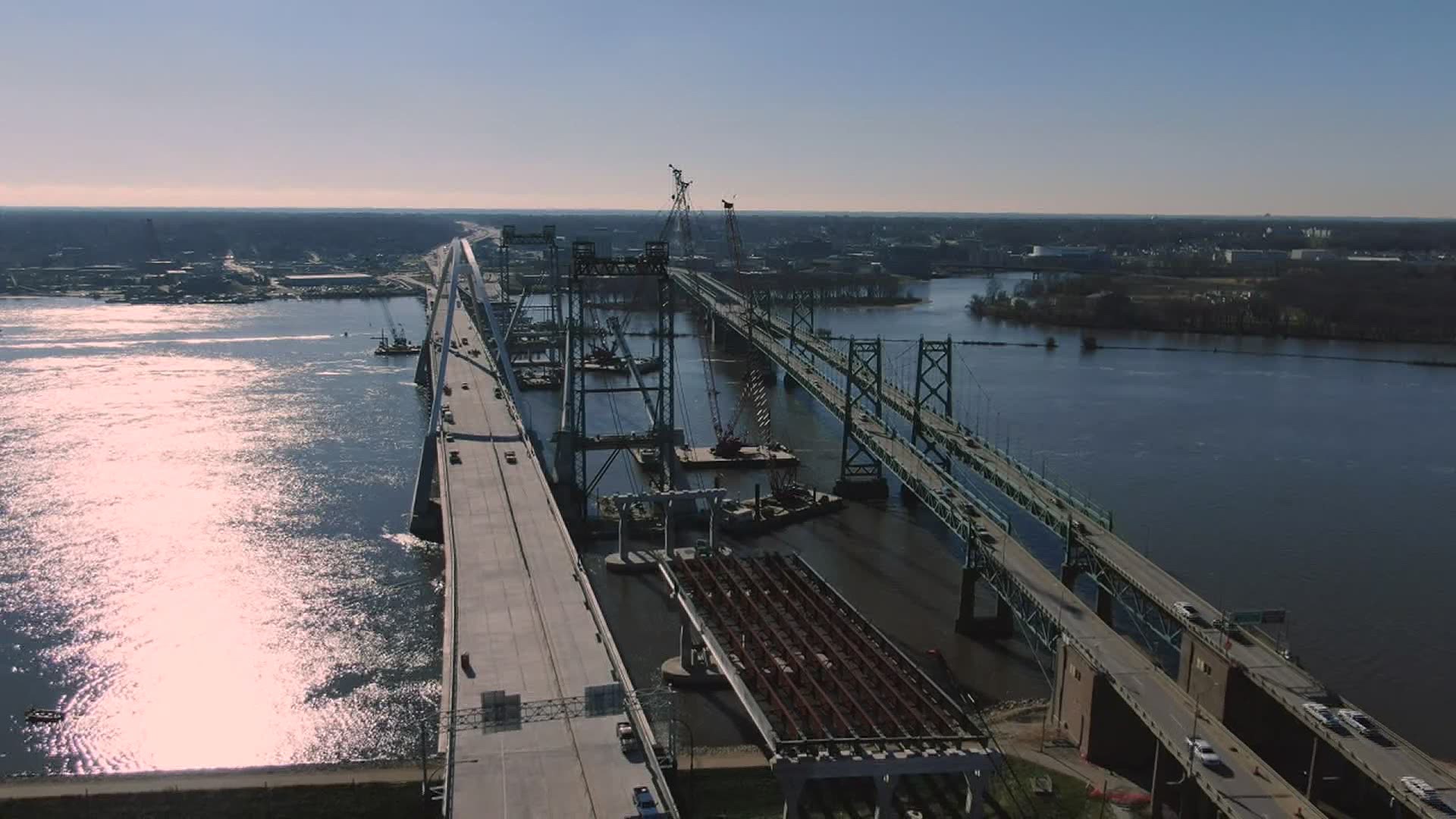