To celebrate half-a-century, Kelly and Carolyn Gay went back to where their story began. Kelly says he wouldn't be here if it weren't for an organ transplant. 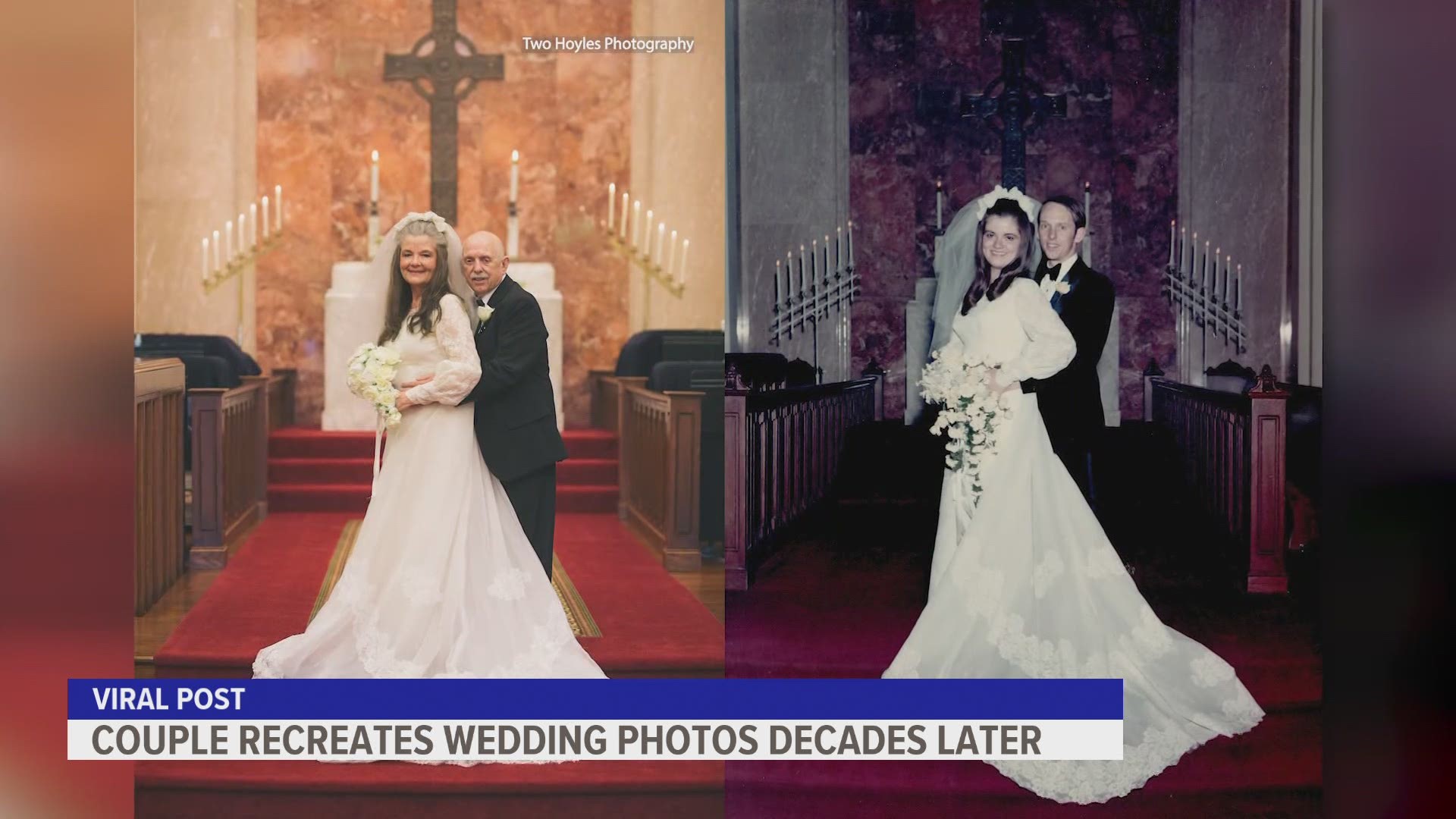 "We've been married 50 years and she's probably kept one secret for me and this was it," Kelly said.

To celebrate, Carolyn and her husband, who live in the Des Moines metro, thought it'd be fun to throw on her wedding dress and recreate her wedding photos.

"At one point in time, I thought, "Oh it's just 50 years. Let's just go out and eat dinner and call it a day,'" Carolyn said. "Then I thought, 'Really, for the number of people that got married the last 50 years, there aren't that many people that are still with the same original person."

"People are looking for good news and something to aspire to," said Sam Hoyle with Two Hoyles Photography. "What better to aspire to than a happy couple 50 years on from their original wedding date lovingly looking at each other again like it was their first day. Hopefully, that comes through in the pictures."

Hoyle is the photographer who took the Gays pictures.

According to data from the U.S. Census Bureau, most marriages in America last an average of eight years.

Kelly said he's lucky to have made it to his 50th anniversary.

That kidney ultimately came from Kelly and Carolyn's son, which made for a stressful day at the hospital.

"I had my husband getting a kidney and my son giving the kidney both at the same time," Carolyn said.

The Gays are now active members of the Iowa Donor Network.

Kelly said he encourages all Iowans to sign up to become organ donors.

Click here to find out how to do that.