After Coach Harper and his family received the terrible news, they were met with support, awareness, and a GoFundMe campaign. 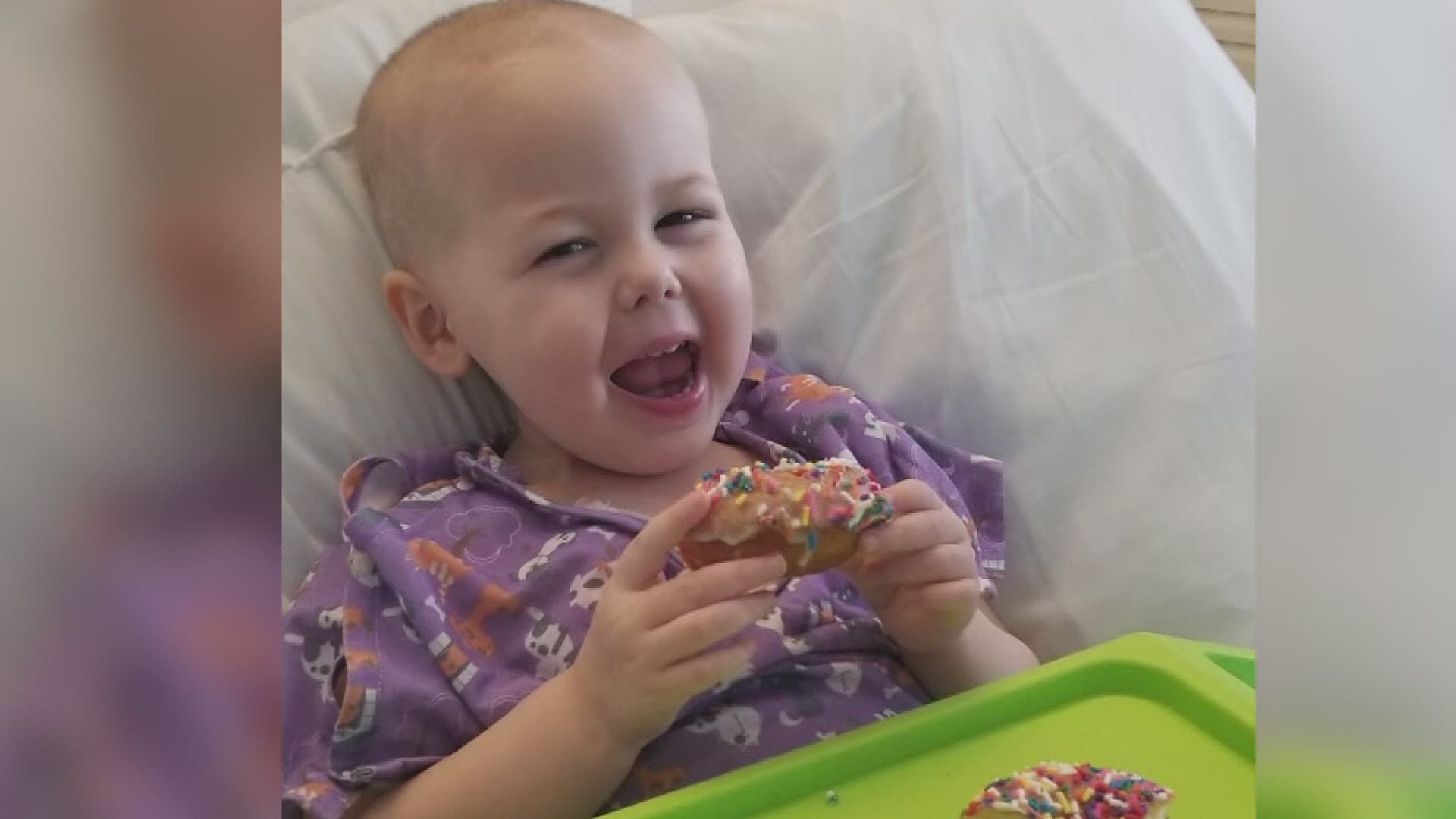 DAVENPORT, Iowa — The Harper family recently had to hear some of the worst news a parent could hear, and afterwards, people in their community sprang up to support them.

Justin Harper, assistant basketball coach at Davenport North, and his wife, Elizabeth, took their 2-year-old son, Wesley, to the doctor after noticing strange bruising across his body.

What followed was a piece of news that no parent would ever want to hear: Wesley had been diagnosed with Leukemia.

"Honestly, I'm still having a hard time processing this... no 2-year-old should ever have to go through this," Justin lamented.

Shortly after, though, support began to pour out for Wesley from their family and from the wider community.

The Davenport North boys and girls basketball teams both donned shirts emblazened with "Wesley Will Win #WWW", and spreading awareness for support for the Harper family at their events.

"I'm in no position to be able to handle it alone, and to see how many people love and support us so, it's changed my personality and I've learned how to accept help," said Elizabeth.

"There's a lot of people that care about us and want Wesley to fight this," added Justin.

Harper's extended family set up a GoFundMe to help fund the medical bills, which has, at the time of writing, raised over $25,000, exceeding the initial goal of $5,000 by several times.

Justin has continued to pour his time into coaching, saying that it's a good distraction from the ongoing battle. "It's a getaway for my mind and head to go somewhere different from what's going on… ," he said.

The family added that recently, things have been looking up and Wesley is showing signs of improvement, with Elizabeth saying, "There are various phases for the treatment plan... he ended the first one and got results that were as good as they could be. Technically he was in remission. meaning they found no leukemia in his bone marrow..."

And through it all, Wesley still manages to shine brightly with a smile.

You can make a donation to Wesley's GoFundMe campaign here.