For decades, "Corn Belt Ports" have handled millions of tons of grain and other goods, but were not recognized or ranked on the principal U.S. ports list 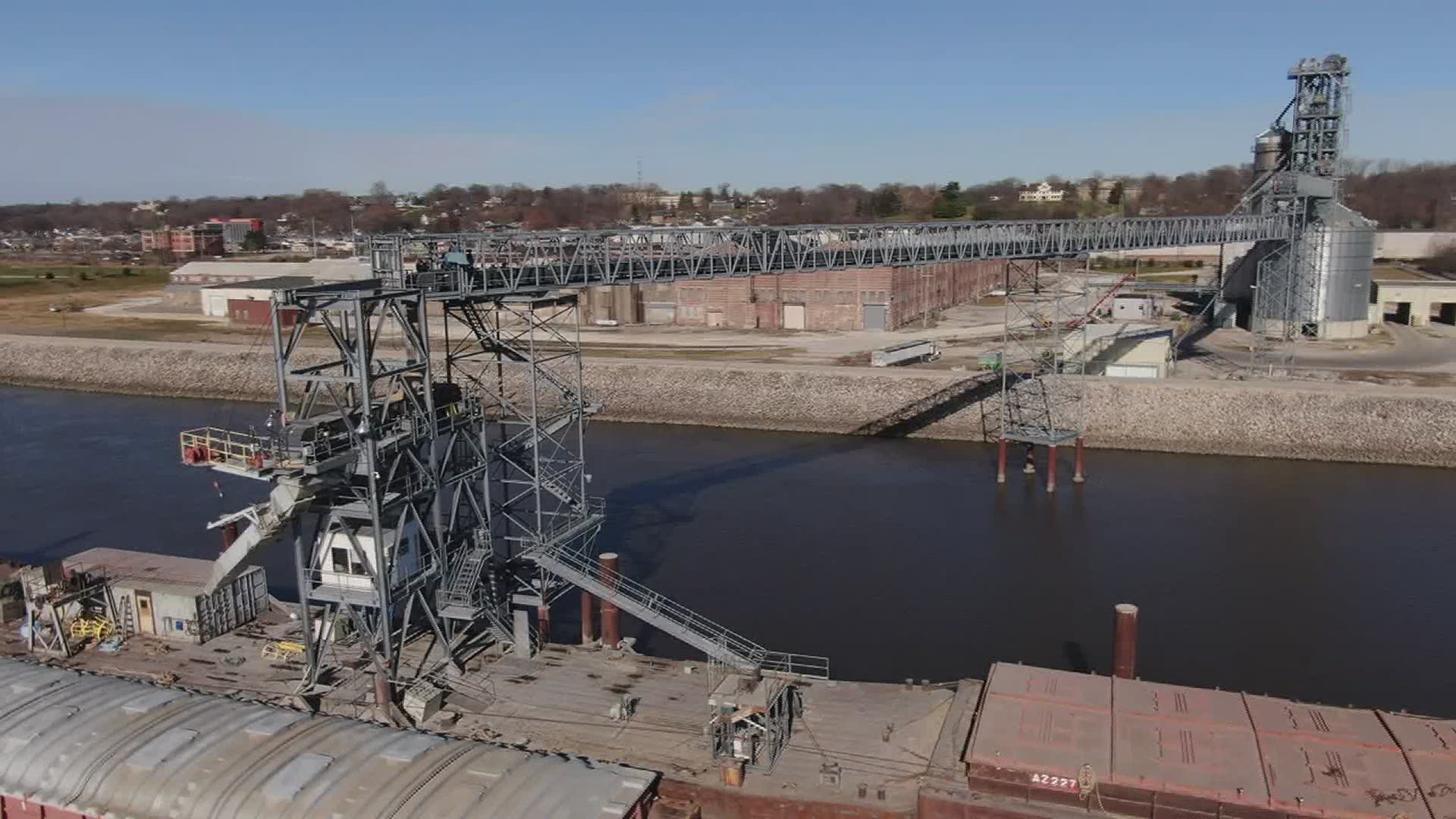 DAVENPORT, Iowa — At harvest time each year, millions of tons of corn, soybeans and other goods produced in the Midwest are freighted on Mississippi River barges. But for decades, the "Corn Belt Ports" in Iowa and Illinois were not recognized or ranked on the principal U.S. ports list.

That changed this year, when three new Port Statistical Areas in the tri-state area of Illinois, Iowa and Missouri made their debut on the list: the Illinois Waterway Ports and Terminals (ILWW), the Mid-America Port, and the Mississippi River Ports of Eastern Iowa and Western Illinois (MRPEIWI).

"Long overdue," said Robert Sinkler, the Chief Operating Officer of Streamside Systems, Inc. in Hampton, Illinois. "It should attract a lot more investment, it should support economic development opportunities and activities, it gets us out of the fly-over country and gets us onto the national scoreboard."

Combined, the new Port Statistical Areas accounted for more than 31 million tons of freight in 2019, ranking as the 22nd largest port in the United States. That's similar in size to the port of Tampa, FL.

"What it did was recognize existing infrastructure, existing ports in the upper Mississippi River," said Denise Bulat of the Bi-State Regional Commission. "Highlighting the importance of the transportation movement along the water, which sometimes gets missed."