Australia is being ravaged by the worst wildfires seen in decades, with large swathes of the country devastated since the fire season began in September. An are... 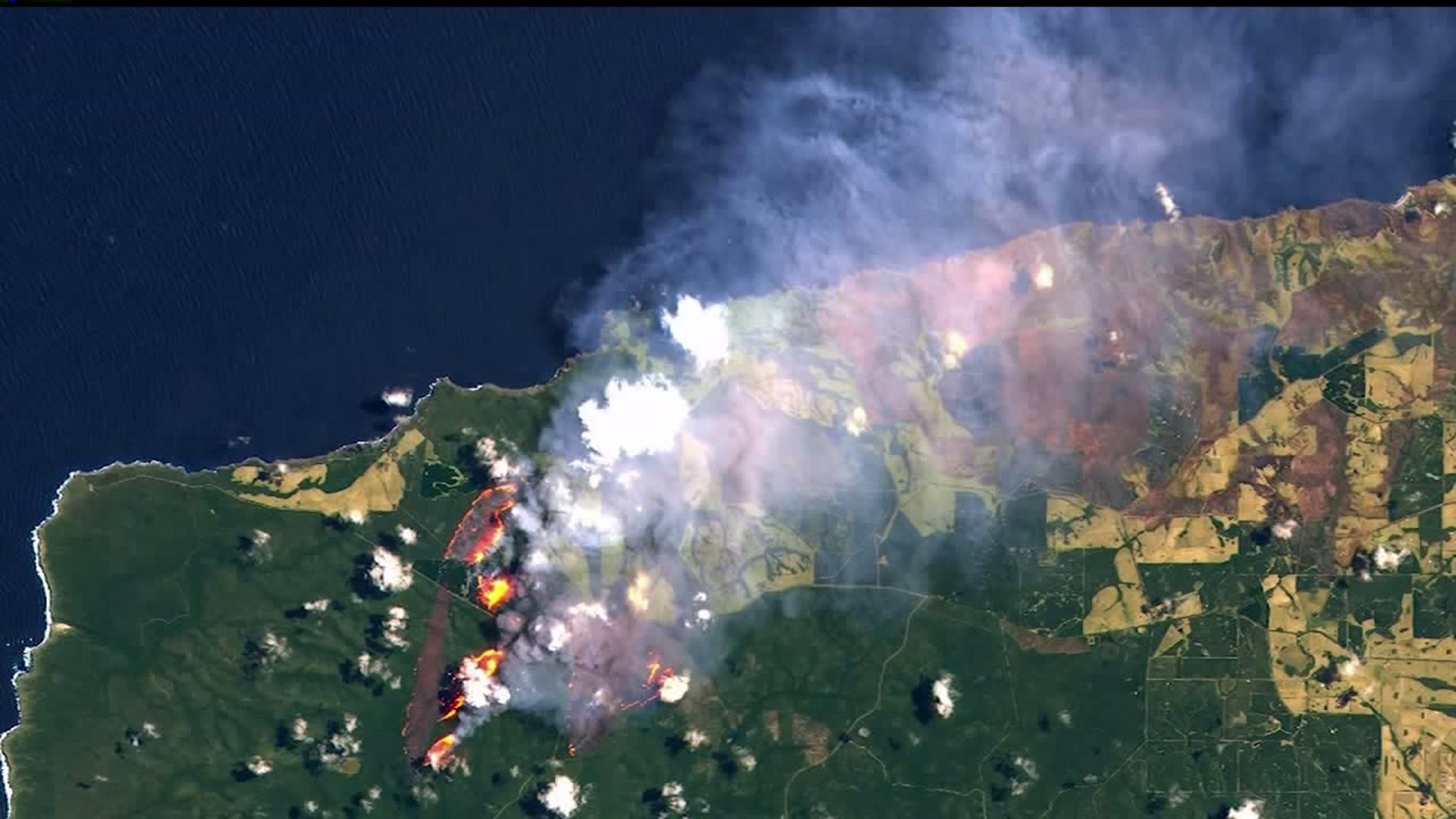 (CNN) -- Australia is being ravaged by the worst wildfires seen in decades, with large swathes of the country devastated since the fire season began in September.

A total of 17 people have died nationwide, and in the state of New South Wales alone, more than 900 houses have been destroyed. State and federal authorities are struggling to contain the massive blazes, even with firefighting assistance from other countries, including the United States.

All this has been exacerbated by persistent heat and drought, and many point to climate change as a factor making natural disasters go from bad to worse.

Where are the fires?

There have been fires in every Australian state, but New South Wales has been hardest hit.

Blazes have torn through bushland, wooded areas, and national parks like the Blue Mountains. Some of Australia's largest cities have also been affected, including Melbourne and Sydney -- where fires have damaged homes in the outer suburbs and thick plumes of smoke have blanketed the urban center. Earlier in December, the smoke was so bad in Sydney that air quality measured 11 times the "hazardous" level.

The fires range in area from small blazes -- isolated buildings or part of a neighborhood -- to massive infernos that occupy entire hectares of land. Some start and are contained in a matter of days, but the biggest blazes have been burning for months.

What is causing the fires?

Each year there is a fire season during the Australian summer, with hot, dry weather making it easy for blazes to start and spread.

Natural causes are to blame most of the time, like lightning strikes in drought-affected forests. Dry lightning was responsible for starting a number of fires in Victoria's East Gippsland region in late December, which then traveled more than 12.4 miles in just five hours, according to state agency Victoria Emergency.

Humans can also be to blame.

In November, the NSW Rural Fire Service arrested a 19-year-old volunteer member on suspicion of arson, charging him with seven counts of deliberately setting fires over a six-week period.

Why are the fires so bad?

Fire season in Australia is always dangerous -- the 2009 Black Saturday fires killed 173 people in Victoria, making it the deadliest bushfire disaster on record. But conditions have been unusually severe this year, fanning the flames and making firefighting conditions particularly difficult.

Australia is experiencing one of its worst droughts in decades -- the country's Bureau of Meteorology said in December that last spring was the driest on record. Meanwhile, a heatwave in December broke the record for highest nationwide average temperature, with some places sweltering under temperatures well above 113-120 degrees Fahrenheit.

Strong winds have also made the fires and smoke spread more rapidly, and have led to fatalities -- a 28-year-old volunteer firefighter died in NSW in December after his truck rolled over in high winds.

Experts say climate change has worsened the scope and impact of natural disasters like fires and floods -- weather conditions are growing more extreme, and for years, the fires have been starting earlier in the season and spreading with greater intensity.

Several high-ranking emergency service officials, including the former commissioner of the NSW Fire and Rescue Department, sent letters to Prime Minister Scott Morrison in 2019 warning of the impact of the climate crisis on Australia.

What has been the damage so far?

Entire towns have been engulfed in flames, and residents across several states have lost their homes. The heaviest structural damage occurred in NSW, the country's most populated state, where close to 1,300 homes have been destroyed and over 440 damaged.

In total, more than 14.6 million acres have been burned -- an area larger than the countries of Belgium and Haiti combined.

To put that into perspective, the 2019 Amazon rainforest fires burned more than 17 million acres, according to Brazilian officials. In California, which is known for its deadly wildfires, just over 247,000 acres burned in 2019, and 1 million acres in 2018.

A total of 17 people across Australia have died this fire season, including several volunteer firefighters.

There has also been extensive damage to wildlife and ecology. Almost a third of koalas in NSW may have been killed in the fires, and a third of their habitat has been destroyed, said Federal Environment Minister Sussan Ley.

What is being done?

State and federal authorities have been working to combat the fire crisis for months.

There are 2,000 firefighters working on the ground in NSW alone, and more support is on the way -- the US, Canada, and New Zealand have sent additional firefighters to help.

The federal government has also sent in military assistance like army personnel, air force aircraft, and navy cruisers for firefighting, search and rescue, and clean-up efforts.

Morrison said his administration was allocating $16.2 million in disaster recovery payments to affected families and businesses, and up to $4,200 each for volunteer firefighters called out to fight fires for more than 10 days.

When will the fires end?

Unfortunately, Australia is only just entering its summer season. Normally, temperatures peak in January and February, meaning the country could be months away from finding relief.

The fires are unlikely to end entirely since they are an annually occurring event -- and may even get worse if recent years are a guide.