Several women in the Quad Cities area say they are out thousands of dollars after a Davenport laser clinic stopped providing service mid-treatment. 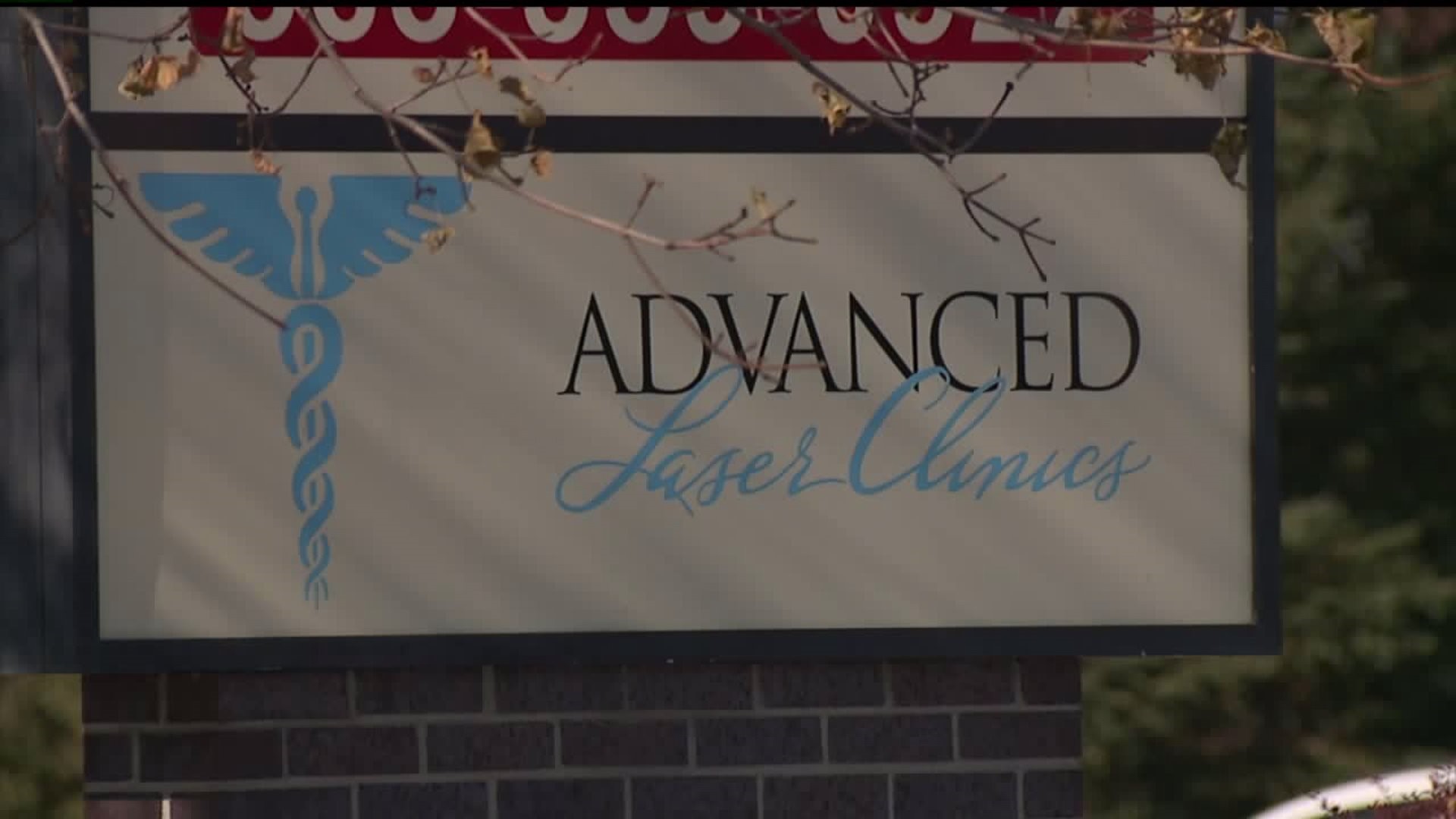 DAVENPORT, IOWA -- Several women in the Quad Cities area say they are out thousands of dollars after a Davenport laser clinic stopped providing service mid-treatment.

News 8 spoke with six women who said they have purchased laser hair removal packages from Advanced Laser Clinics in Davenport, ranging from $600 to $2700. The treatment involves a series of sessions, often spanning more than a year.

Aubrey Fyfe, an esthetician from East Moline, says she has been struggling with Keratosis Pilaris, a skin condition on her legs since she was a child.

After much thought about the cost and the treatment, she finally decided to visit the ALC for the first time in March, purchasing a laser hair removal package for $1174.75.

She was happy with the first couple of sessions, saying that it helped her skin condition.

"I was supposed to have my third treatment in July. That’s when it kind of went awry," she said.

Since then, text messages with the owner, John Grabow, show that over several months, Aubrey has asked to schedule another get treatment, only to get canceled and rescheduled. Her requests for a refund have been ignored.

Aubrey began looking into the business and discovered that its cosmetology license had expired at the end of 2018. Records of the Iowa Board of Professional Licensure confirm that ALC's license is inactive.

She has also called the clinic, and either gotten no answers or a full voice mailbox.

She called earlier this year to schedule the remaining sessions.

"[The owner] tried selling me another package. I said I’m not interested at this time, I just want to use the package I have. He stopped replying. To me that’s already a red flag that he's not gonna be easy to work with," she recounted.

News 8 reached out to the clinic and the owner but did not get a response.

Aubrey and Erin said John Grabow advised them that he had sold his business to Sandra Calderon, a former esthetician at ALC, and that she would reschedule their appointments, but they never heard from her.

Sandra Calderon told News 8 by phone that she was not the owner of ALC and only purchased equipment from him. She said she was surprised and upset that she was being dragged into this situation.

"It's unprofessional to throw me under the bus like that," she said.

A beauty treatment that should've made her feel better has left Aubrey and half a dozen others feeling worse. Some women said they felt embarrassed to tell their story.

"I’m angry. I’m just angry that he’s done this to so many people. I’m upset because (the treatment) was helping and something I have lived my whole life being subconscious about. I’m upset that I’m out this much money. There's a million emotions that I’m feeling," Aubrey said.