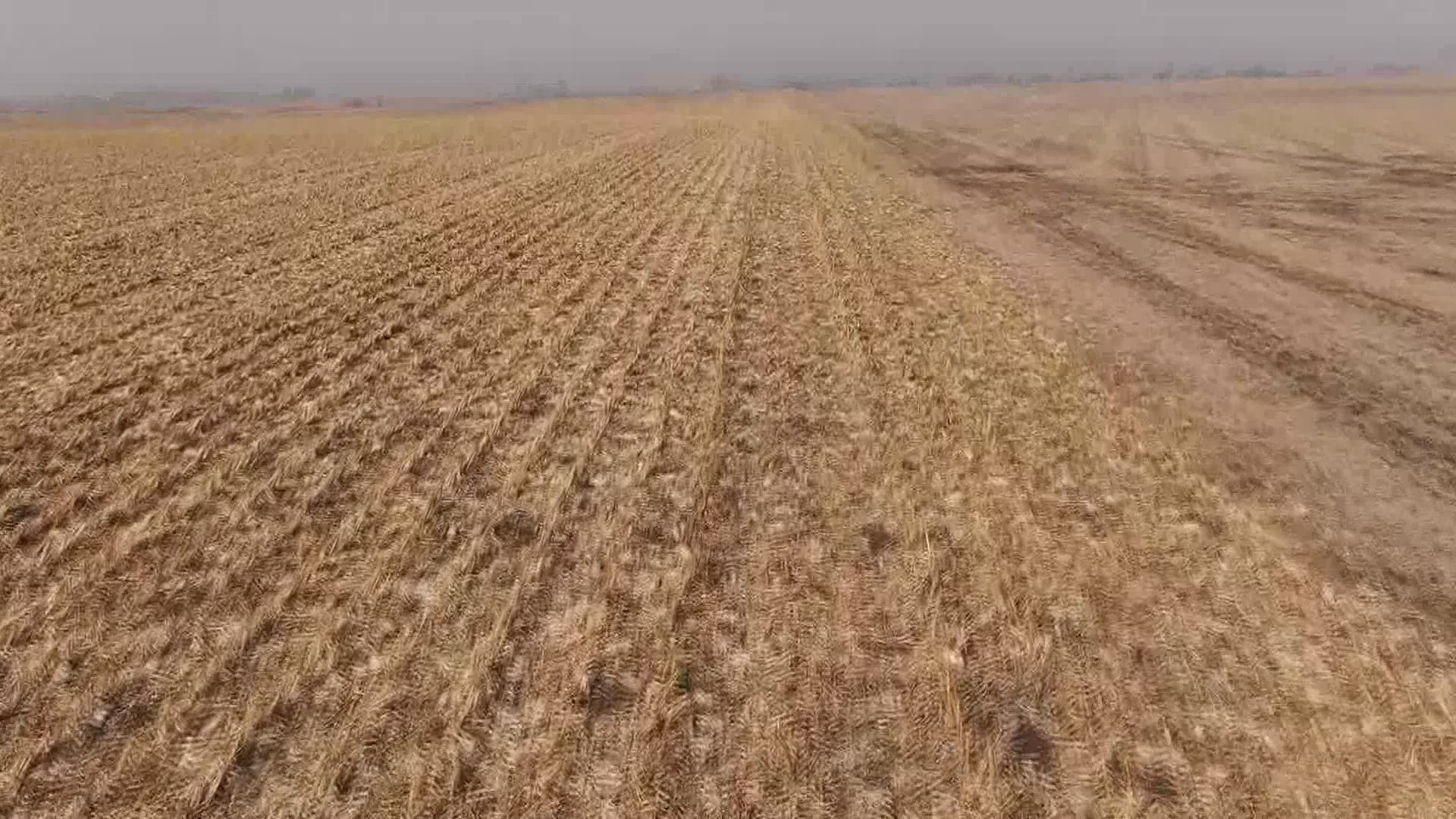 DEWITT, Iowa — It’s been a slow process this harvest season for Park Farms.

Mike Hofer says they even started about two weeks early to try and make up time.

After the August derecho, the farm knew it was going to take nearly double the time to harvest all of its crops.

While the combine can usually cruise through fields at about 3 to 4 miles per hour, right now it’s going at about 1 mile per hour to make sure it can get as much corn as possible.

Due to the high winds, corn is blown nearly sideways, making the process that much harder.

Hofer says, “We knew it was going to be hard. You just have to be patient. It’s just a slow process when you’re dealing with down crops.”

This year is different because it’s not just pockets of crops, but every field that has damage.

“Every field we pull into we have to deal with it this year.”

The farm planned ahead for this harvest after the derecho, prepping for the extra work they knew was coming with special equipment.

“You have a corn reel you have you can put on to help bring the corn in, guidance systems that help steer the combine.”

Even with the planning and extra help, the damage can be seen in the empty fields.

Cornstalks liter the ground that weren’t able to be pulled back up, showing the aftershocks of the derecho months later.

Those stalks add up, Hofer saying about 20% of their crop will be wasted because of the derecho.

“Twenty percent of your income is gone.”

Hofer saying that the harvest this year was supposed to look especially good this year, and that makes seeing so much go to waste that much harder of a pill to swallow.

“It made it worse because your expectations are so high and in a few hours it jus knocks you down. It’s mother nature.”

Park Farms hopes to finish up with all of their harvesting in the next few weeks.