The price of turkey is up this year, but there will be no shortage of the birds for your Thanksgiving dinner. 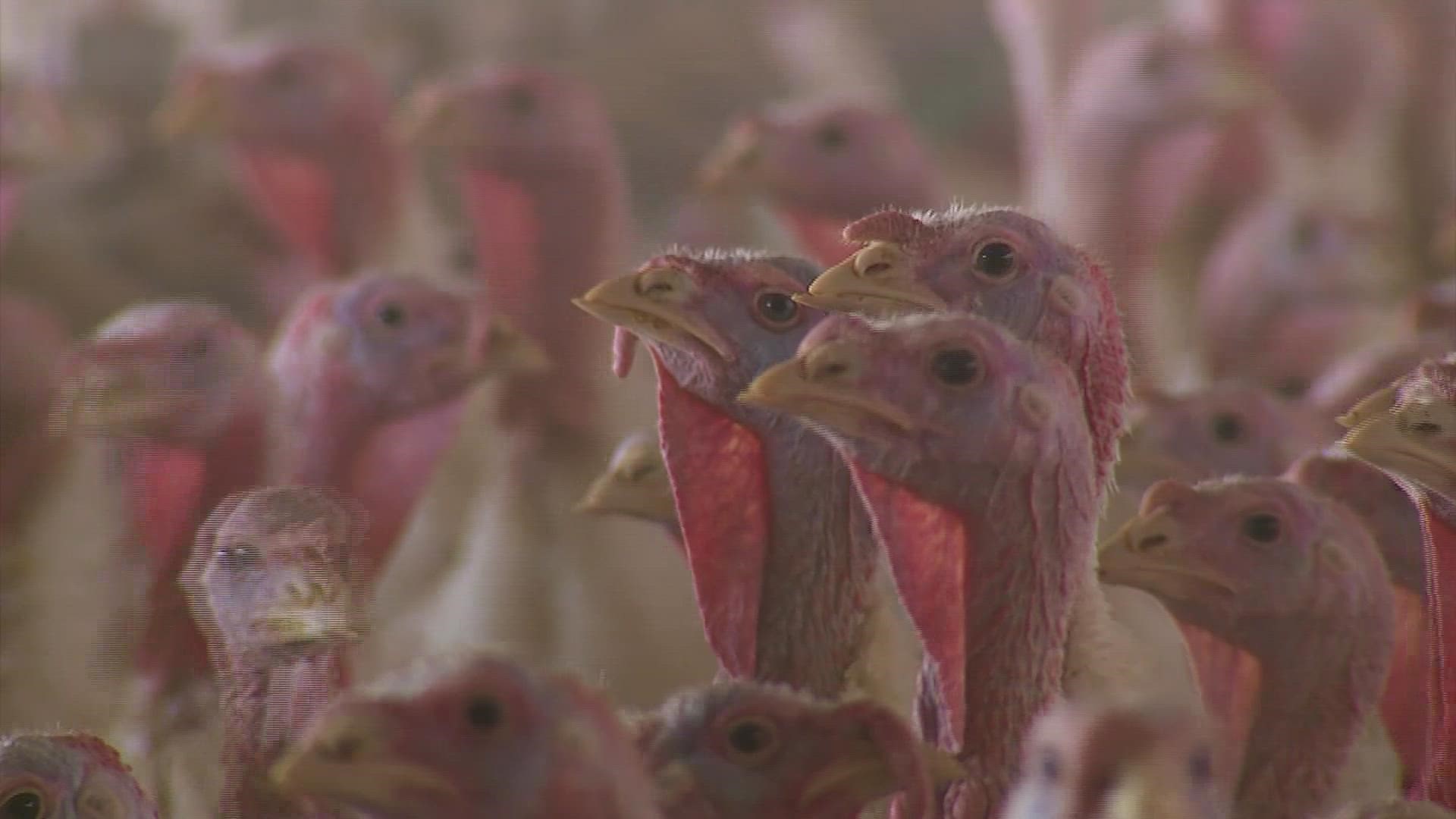 WALCOTT, Iowa — It's just under a month until Thanksgiving, and as global supply chain issues are causing empty shelves in stores across the country, the question on your mind might be, '"Will I be able to find a turkey?"

According to a turkey farmer in Walcott, there's no need to worry about a turkey shortage, despite the U.S. Department of Agriculture reporting that fresh turkey production will be about 1.4 percent lower than this time last year.

"If you see one in the store and you have freezer space, yeah, shop early to get exactly what you want," Kardel said.

He added that supply chain issues and labor shortages are causing the price of turkey to increase, and these problems also might make finding the size you want difficult.

According to CNN Business, it's going to be harder to find a smaller size turkey this year. This is due to grocery stores stocking up on larger 18-24 pound turkeys in anticipation of people having larger gatherings than last year. Additionally, CNN reported that the birds are bigger this year because of processing delays, so the turkeys remained on feed longer than usual.

"Bigger is better, right?" Kardel said. "Especially as a turkey farmer, I tell everybody buy one that's too big, because some people the best part about Thanksgiving is the leftovers, or to give your guests things, food to take home."

The supply chain impact goes beyond the turkey holiday season.

Kardel raises around 120,000 turkeys each year. They're all turkey "toms," or males, and are harvested for lunch meat and not Thanksgiving.

"It's an ongoing battle that we never have experienced before," he said. "The issues with our industry are no different than what anybody else is having right now, and that's a labor issue. As far as getting the birds harvested, as far as trucking, as all the things that are involved with production."

There's not enough truck drivers to bring the turkeys to the processing plant, and often times they'll have to take multiple trips, according to Kardel.

"Or whether it's getting the products in that are needed to sanitize, to the equipment in the facility," he said.

There's also not enough people working at the processing plant.

"The ability to hire and maintain and keep employees has been very difficult during COVID and post-COVID," Kardel said. "The processing plant runs five or six days a week. The reason for the sixth day is because of the labor shortage that we need to go into a sixth day because the turkeys are on the ground and growing and getting ready to be harvested. So you can't let that system back up. You need to keep them being harvested."

Even the price of grain is up this year. All of this means more expensive turkey.

Kardel said so far production hasn't gotten backed up to the point where he's had too many turkeys on the farm, but added that's why it's so important to keep everything operating smoothly. Every month he gets 10,000 new baby turkeys, so once they've matured to 40-45 pounds after 19 weeks, he needs to be able to harvest them. 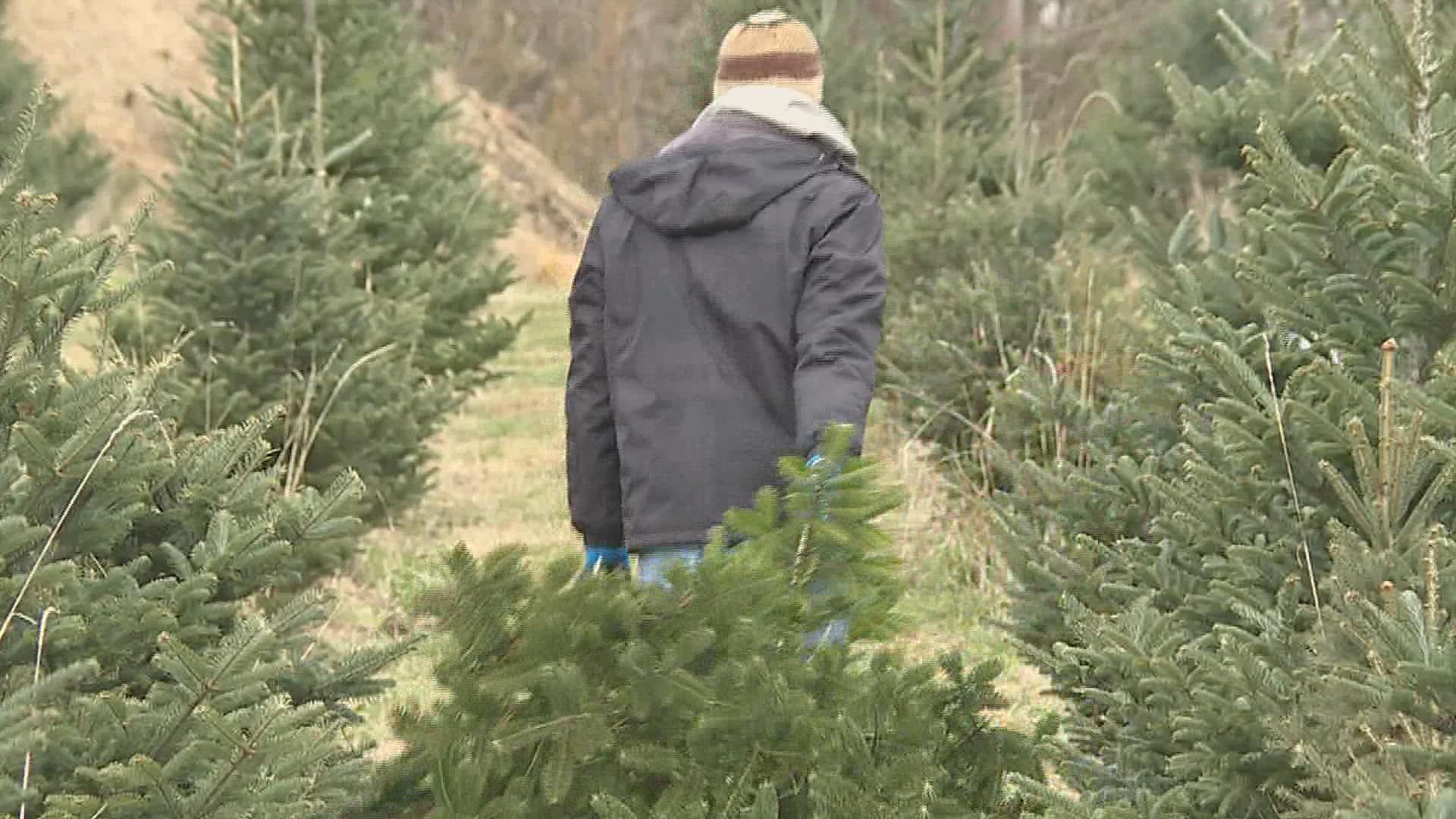