Because of lower crop yields this year, soybean prices have risen nearly 20 percent. 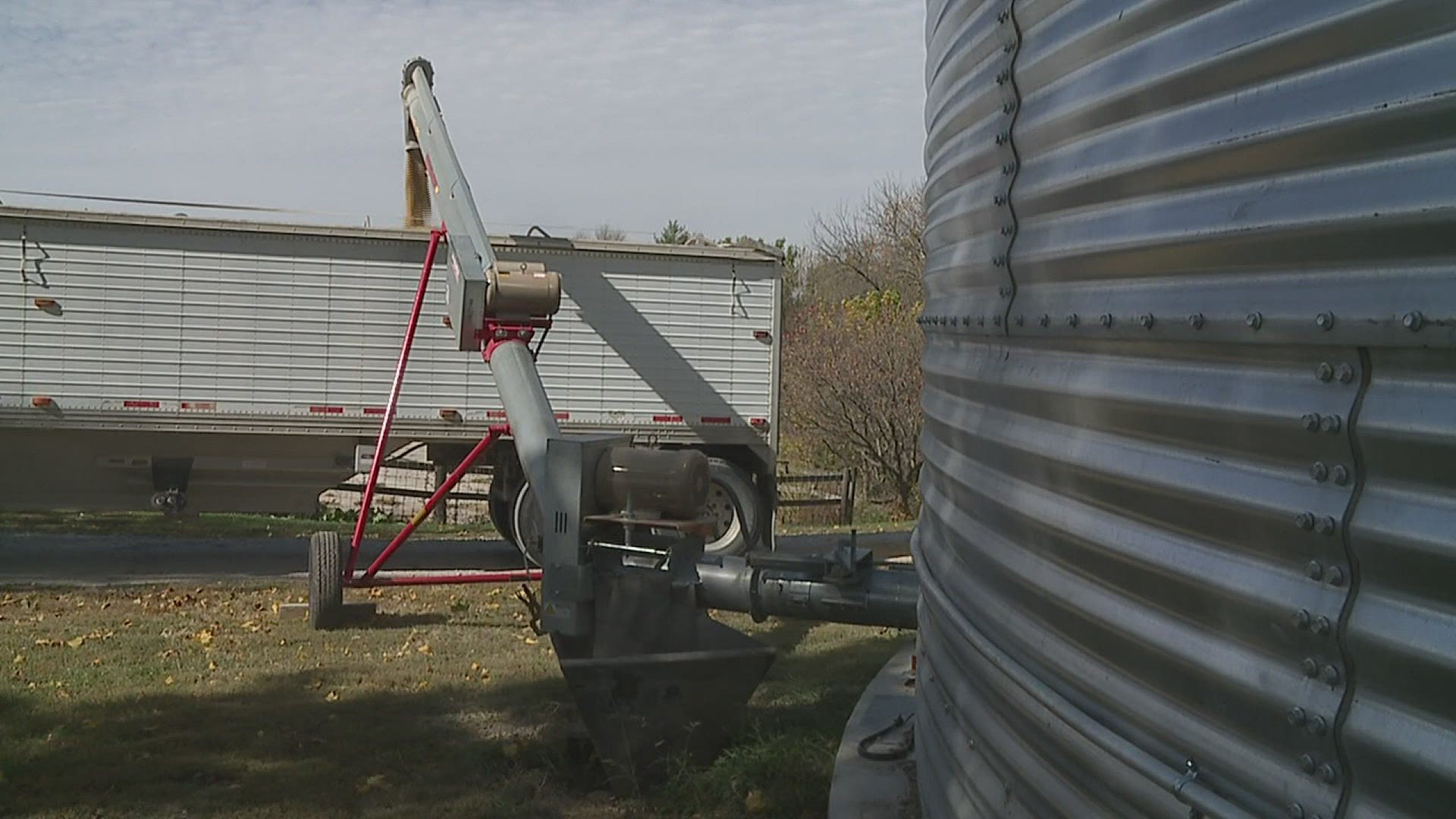 After several tough years for farmers, this year started off the same for Robb Ewoldt.

"Basically we lost ten bushel to the acre, on average, this year due to lack of rainfall," Ewoldt said. "That ten bushels at ten dollars is a hundred dollars an acre, and we grow about 500 acres of soybeans."

Ewoldt is the president-elect of the Iowa Soybean Association.

Because of lower crop yields this year, soybean prices have risen nearly 20 percent. Ewoldt said those prices rose from about eight dollars to nearly 10 dollars.

The decrease in soybean crop yields is because of less rain in August, Ewoldt said. However, he said the lower yield created greater demand, which increased the prices for soybeans.

"We're like the only store in the world that has soybeans on the shelf," Ewoldt said.

One of the biggest buyers of U.S. soybeans is China. On Wednesday, the Trump administration said it would work with China, following a trade war between the two countries.

The decrease in China's purchasing is because of the tariffs and trade war.

"Farmers spend our own money to go develop markets in other countries and that was one we developed and then to have it taken away because of policy and politics it kinda was frustrating to the farmers," Ewoldt said.

Ewoldt said now that some of these restrictions have been lifted, and China is buying more American soybeans, prices are better than ever.

"Believe me, there wasn’t any profit at eight. So we’re glad to see ten dollar beans for once. We’re glad to be profitable," Ewoldt said.

Ewoldt said he is working quickly to sell his soybean crop, especially before the weather and political climate change.

Ewoldt made six trips to Bettendorf with a semi trailer full of soybeans. Ewoldt said each trailer load carried 950 bushels.

Ewoldt said soybean farmers have until about February 1st to sell their crop. That's because South American soybeans hit the world market in February, which will drop American soybean prices again.