Extreme weather is prompting a call for improvements along the Mississippi River. That’s as businesses depending on barge traffic face delays. The Mississ... 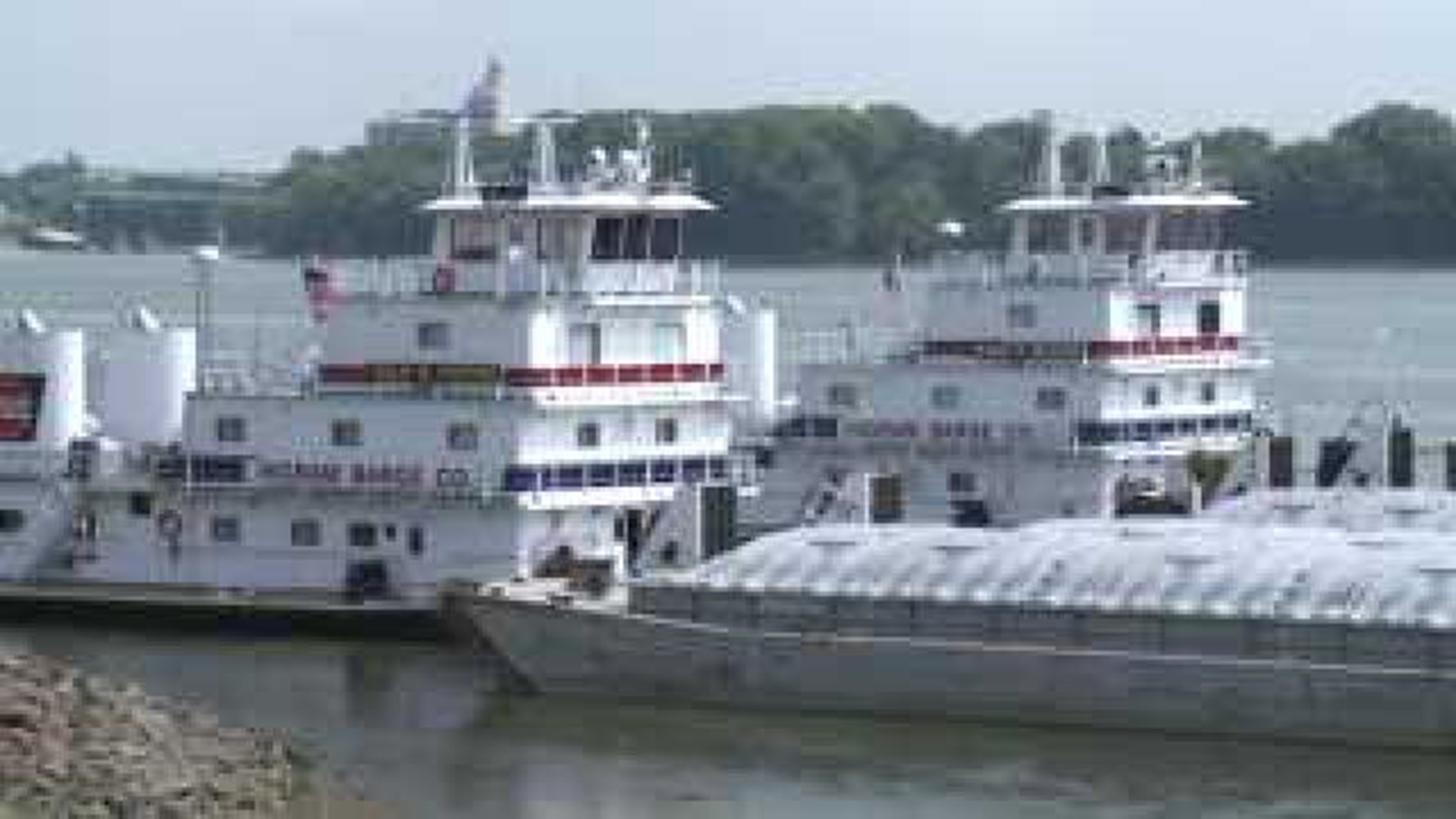 Extreme weather is prompting a call for improvements along the Mississippi River. That's as businesses depending on barge traffic face delays.

The Mississippi River is full of highs and lows this year. That includes everything from frequent flooding to seasonal sediment.

Crews from the Army Corps of Engineers are clearing seasonal sediment after flooding that prevented passage. They were working 24-7 to reopen the route. Barges were expected to be on their way later Wednesday.

"Part of the river bottom rolled around here and there," said Mike Cox, Army Corps of Engineers. "The river dropped unusually fast."

Dry conditions tell quite a story. This cracked riverbank is some contrast to earlier this year. That's when the Mississippi flooded three times. Each delay adds up to millions of dollars for companies that depend on the river.

"The main reason is the age of our infrastructure is way past the design life of 50 years," Cox continued. "It has significantly deteriorated."

That's one reason why Rep. Dave Loebsack, (D) Iowa, led a discussion on the river in Davenport on Wednesday. He thinks that government and industry should team up to help fix the outdated lock and dam system.

"A lot of the private stakeholders have an interest in this," Rep. Loebsack said. "They're willing to put some skin in the game, I think, as well."

While the highs and lows of the Mississippi are part of life along the river, they also reinforce the call to improve navigation sites.

This winding river is important to the global economy. But its crumbling navigation system needs a revival. That's if it will keep competing in a changing world.

"We haven't had the funds to do proper maintenance and rehabilitation," Cox concluded. "That just compounds the degradation."

Wednesday's backlog of barges says it all: time is money on the Mississippi.