Please pass the turkey but hold the politics. 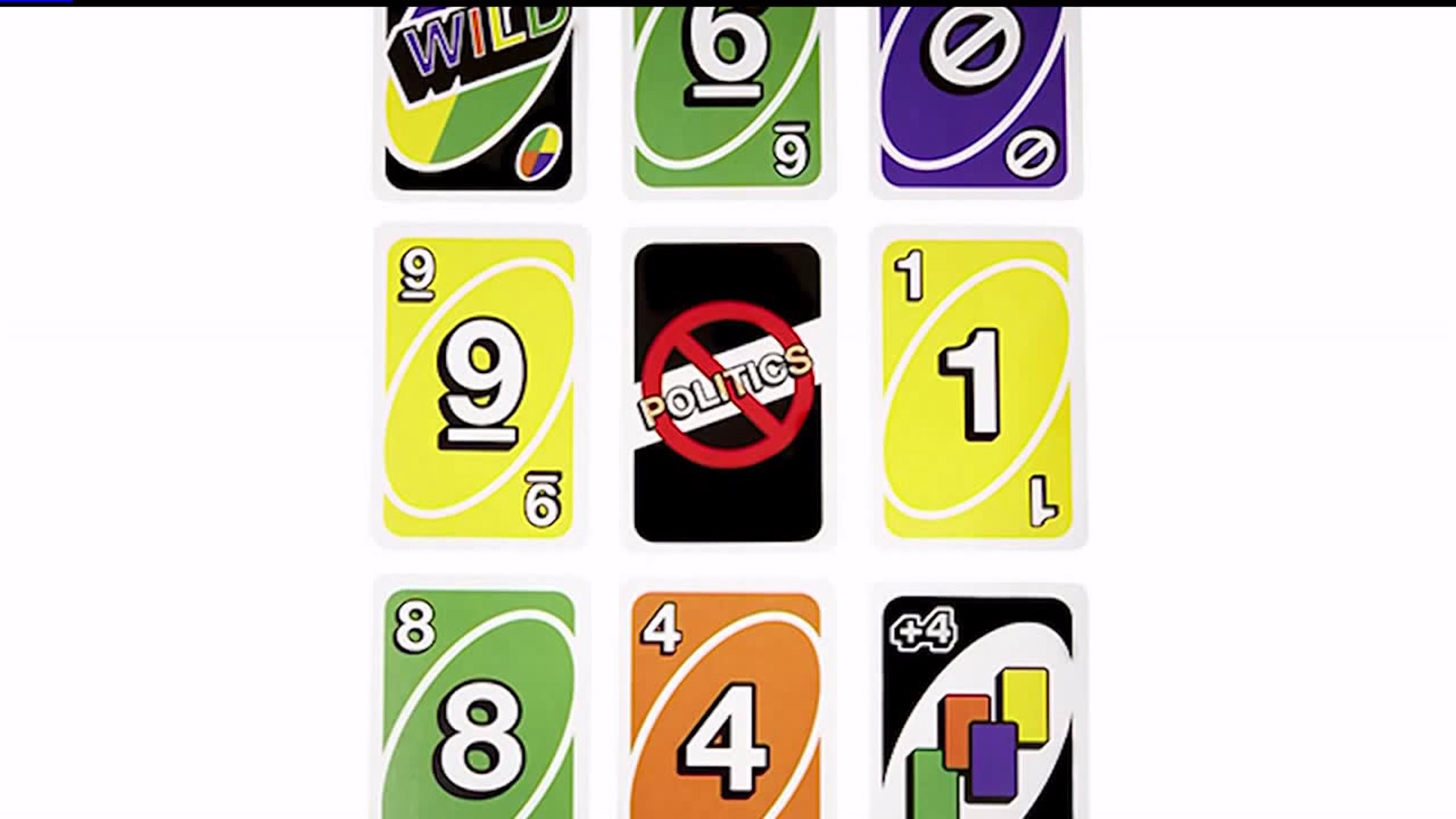 Please pass the turkey but hold the politics.

The new version removes the red and blue cards -- which could be seen as politically charged -- and introduces a new VETO card to help families everywhere keep the peace.

On the pack, it says "No red or blue cards means no taking sides!"

One survey by the American Psychological Association found 38% of respondents saying their stress levels increase during the holidays, in part because of family gatherings.

Sure, political discussions are important. But is Thanksgiving really the time? Let's keep the debate around pumpkin or pecan pie. (The correct answer is both.)

If -- no, when a family member breaks the "no politics" rule -- just VETO them!

During an Uno game, the new VETO card skips that player's next turn and makes them change the subject. But it might be smart to keep that card in your pocket at the dinner table, too.

The classic red and blue cards were replaced with more politically neutral colors of orange and purple. The new packaging is purple as well; being an intermediate color formed of red and blue, it should encourage people to find some common ground.

And if all that doesn't work, just make them Draw Four.

The Uno Nonpartisan can be found at Walmart stores for $5.99.