Four people were killed and six more wounded when “unknown suspects” sneaked into a backyard party in central California and fired into the crowd. The shooting ... 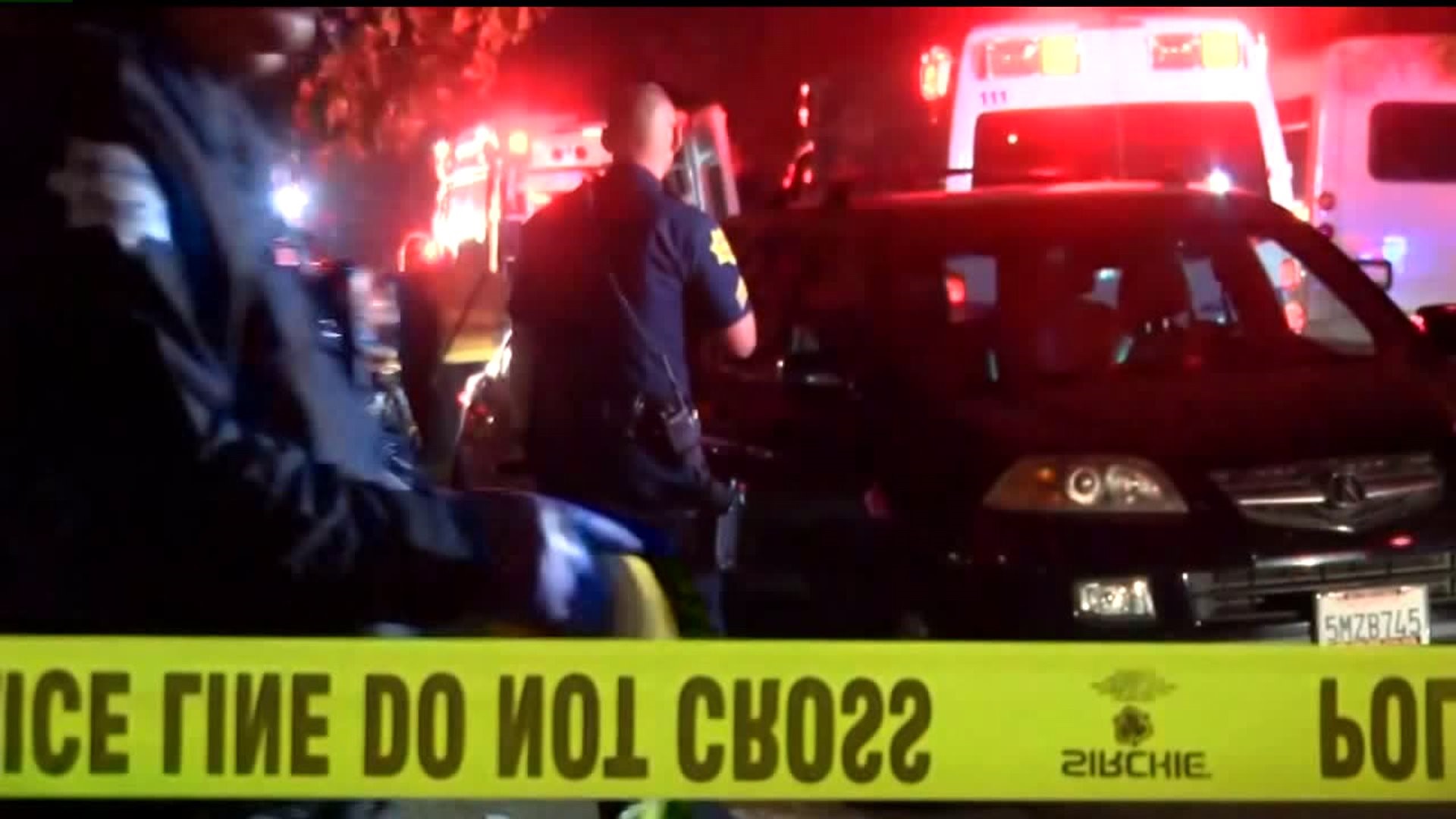 FRESNO, Calif. (AP) — Four people were killed and six more wounded when “unknown suspects” sneaked into a backyard filled with people at a party in central California and fired into the crowd, police said.

The shooting took place about 6 p.m. on the Fresno’s southeast side, where people were gathered to watch a football game, Fresno Police Lt. Bill Dooley said.

Deputy Chief Michael Reid told the Fresno Bee and the KSEE/KGPE TV stations that a total of 10 people were shot, with three found dead in the backyard. A fourth person died at the hospital. Six others are expected to survive and are recovering at the hospital.

All the victims were Asian men ranging from ages 25 to 35, Reid said.

“What we do know is that this was a gathering, a family and friend gathering in the backyard,” Dooley said. “Everyone was watching football this evening when unknown suspects approached the residence, snuck into the backyard and opened fire.”

The victims were taken to Community Regional Medical Center in critical condition, and some are now stable, the TV stations reported.

About 35 people were at the party when the shooting began, Reid said.

It was at least the second fatal gun attack Sunday in southeast Fresno, but police have not said whether the incidents could be connected.

“Thank God that no kids were hurt,” he said.

No one is in custody in connection with the shooting. Police said there was no immediate indication that the victims knew the shooter or shooters.

Police were going door-to-door in search of surveillance video that might help them track down the suspects. The shooting took place about a half-mile from the city’s airport.

Agents from the U.S. Bureau of Alcohol, Tobacco, Firearms and Explosives field office in San Francisco were responding to the shooting, the Bee reported.

It was at least the second fatal gun attack Sunday in southeast Fresno, the Bee reported. A man in his 20s was shot to death early Sunday at a home in another part of the city. Police have not said whether the incidents could be connected.

On Thursday, a 16-year-old student at a Southern California high school shot and killed two classmates and wounded three other teens before shooting himself in the head. He died the next day. And on Saturday, police in San Diego said a husband shot and killed his wife and three of their sons before killing himself. A fourth son wounded in the shooting was on life support Sunday, family members said.